The Recycling Association has named a list of ‘villains’, products and packaging that pose the biggest challenges when it comes to recycling. 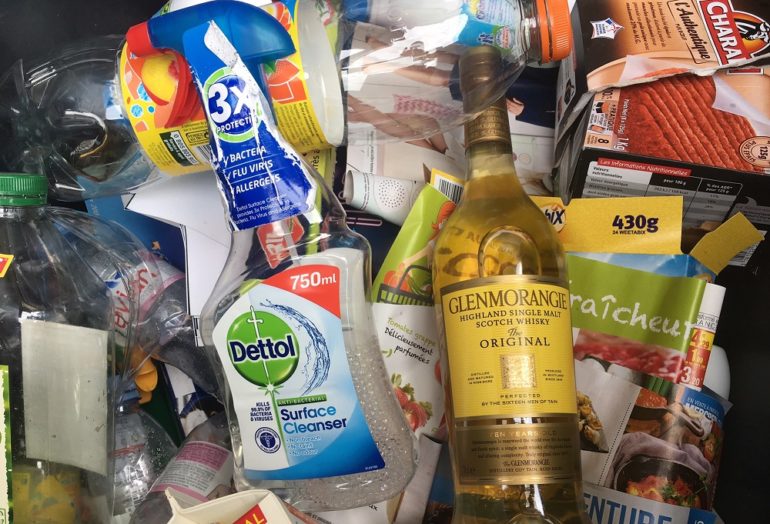 The greater the number of different materials used in packaging, the harder is becomes to recycle that product. And yes, this is the case even for those products that claim to be recyclable.

Simon Ellin, the CEO of the UK Recycling Association, has named and shamed several brands and types of products that are deemed to be the worst recycling offenders:

Pringles (and similarly designed packaging) – Pringles features a combination of metal, tin-foil, cardboard and plastic materials, making it the ‘number one recycling villain. These things are a nightmare…impossible to separate the parts.’

Lucozade Sport (and similarly designed packaging) is the ‘number two villain. This bottle is so confusing to computer scanners that it has to be picked by hand off the recycling conveyor. Then it often just gets chucked away.’

Whisky packaging is another big challenge, due to its use of metal material: ‘it grieves me to say this as one who likes his whisky but whisky causes us problems.’

Black plastic food trays also cause a huge issue. ‘Supermarkets think black trays make meat look redder so they colour the tray black but that makes it worthless for recycling. Also, if someone leaves the torn film on the tray, with a bloody card below it, we just have to chuck it anyway.’

Cleaning spray bottles we’d probably expect to be named and shamed and they are. ‘Labels often say the product is recyclable, but that’s only the body. The spray has two or three other polymers and a metal spring. It’s almost impossible.’ All of these years, we’ve been fooled!

Simon has said that ‘what we’re putting in our recycling bins has got to be recyclable. Improvements are desperately needed in product design’. Luckily, a £1.5 million prize for inventors to devise products that are easy to recycle will be launched later this year by Prince Charles.

Starbucks to Ban Plastic Straws as part of Environmental Commitment