Public opinion appears to be shifting in favour of incentives to reduce the use of plastics in packaging, according to a new survey commissioned by specialist PR consultancy Ingredient Communications.

The company approached 1000 consumers, equally split between the UK and US, and found significant support for economic incentives to reduce the use of plastic in food packaging. Indeed, just over half of those polled in the UK felt that there should be a tax on all plastic packaging for food products. This compares to a third across the Atlantic, however the company points out that this is a significant number.

Four in ten British consumers would be more likely to buy produce from supermarkets that sold fruit and vegetables without plastic packaging, compared to a mere 3 per cent that would be put off by this. Nearly as many US consumers felt the same way, although 13 per cent felt this would put them off.

Richard Clarke, Founder & Managing Director of Ingredient Communications, said: “Our research makes clear that there is high demand for food manufacturers to use more plastic-free packaging, and for supermarkets to introduce plastic-free features into their stores. However, the benefits of plastic packaging for food and beverage products are often overlooked. It helps protect goods from damage, extends shelf life and creates a brand identity, which undoubtedly influences consumers’ purchasing decisions. A key challenge for both manufacturers and retailers of food products is to find alternatives to plastic packaging that maintain these benefits for the supply chain and consumers.” 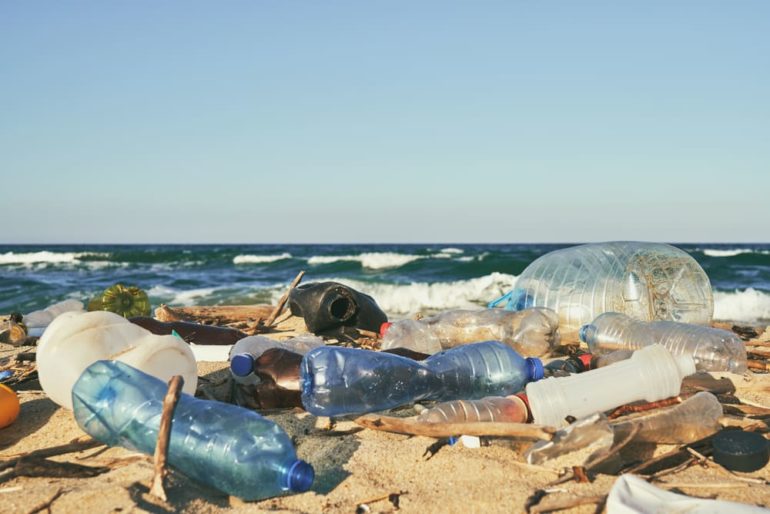 Surveygoo, which carried out the research, notes that the recent BBC documentary Blue Planet 2 has influenced the shift in public opinion. The programme showed the effect that plastic waste has on marine life.

Neil Cary, Managing Director of Surveygoo, said: “Our research definitely reflects the ‘Blue Planet effect’ in the UK. Viewers were left in no doubt about the harmful and often heart-breaking impact of plastic waste, and many were inspired to make a change. In the US, while there is still significant support for a plastic tax, the figures are much lower. This probably reflects greater public opposition to taxation generally, as well as greater scepticism about government measures to protect the environment.”

Currently, UK companies creating packaging waste must buy a ‘packaging recovery note’ (PRN), which effectively constitutes a tax, and the government is reported to be considering an increase in the cost of these for businesses that package their goods in unrecyclable plastic.

Meanwhile the UK Treasury recently revealed that a consultation on how taxes could help tackle waste and promote recycling received more than 162,000 responses from the public. Most popular measures included a tax on single-use items, including cups, plastic cutlery, lids and straws.

By contrast in the US, where laws are enforced state by state, California is currently the only state with a state-wide ban on plastic bags. A law in the state of Michigan, however, prohibits local governments from banning, regulating or imposing fees on the use of plastic bags or other plastic containers.