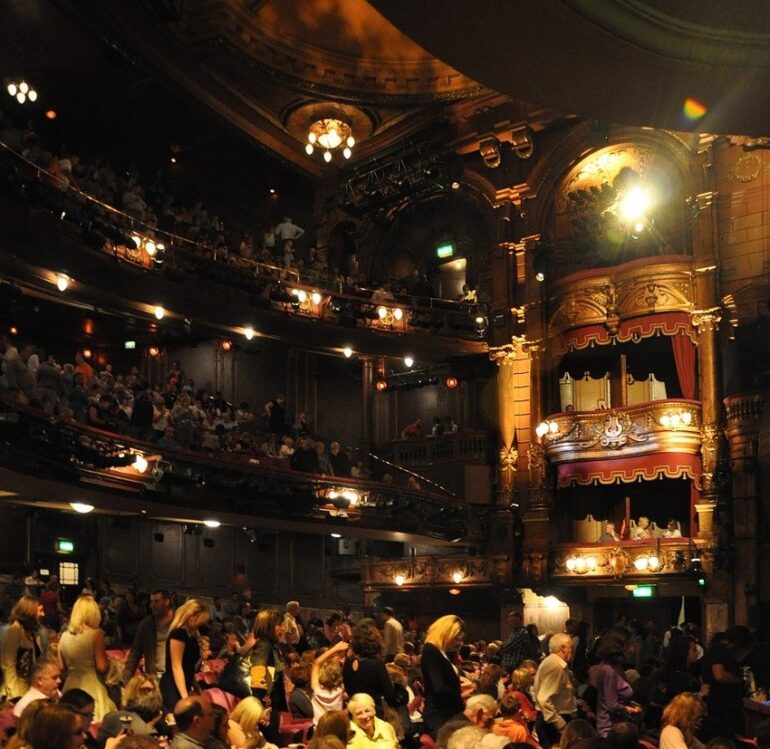 The London Palladium will host its annual Christmas pantomime for a socially distanced audience this December. A National Lottery initiative will cover the costs of the empty seats, allowing panto fans to stay distanced while they enjoy the festive fun.

The Christmas panto season is one of the largest annual sources of income for UK theatres, but the shows have been cancelled at venues across the country in the wake of the coronavirus pandemic.

However, earlier this month, it was revealed that the Palladium would be performing the family comedy, Pantoland, for a three-week run over the festive season.

Pantoland will star Julian Clary, singer Beverley Knight, actor Nigel Havers and dance troupe Diversity, in a performance that brings together comedy, music and the magic of Christmas.

The show’s director and  producer, Michael Harrison said that the performance was not “a solution to the tragic situation our industry is in” and admits that “there is no doubt producing a show of this size and scale is a risk – but it is a risk we have to take.”

He added that the National Lottery initiative “will be a lifeline for those venues, whilst enabling us to provide much needed uplifting entertainment at such a challenging time.”

In addition to Harrison’s comments, theatre owner Andrew Lloyd Webber praised the “crucial support to struggling restaurants, hotels and other hospitality businesses across the West End, leading to thousands of vital jobs on stage, off stage and backstage.”

The production of Pantoland will provide work for over 200 theatre employees in December, at a time when the cancellation of pantomimes is affecting staff at regional theatres across the country.

While theatres have been legally allowed to open since mid-August in a COVID-safe environment very few have done so. This is largely due to the loss in ticket sales from opening with limited capacities to accommodate social distancing measures.

After the panto run, the Palladium will host a new Andrew Lloyd Webber musical, which will reimagine the story and music of Cinderella.

Christmas Isn’t Always Ho Ho Ho, How To Support Someone Struggling This Christmas

The Best Clothing and Accessories for Winter Walks