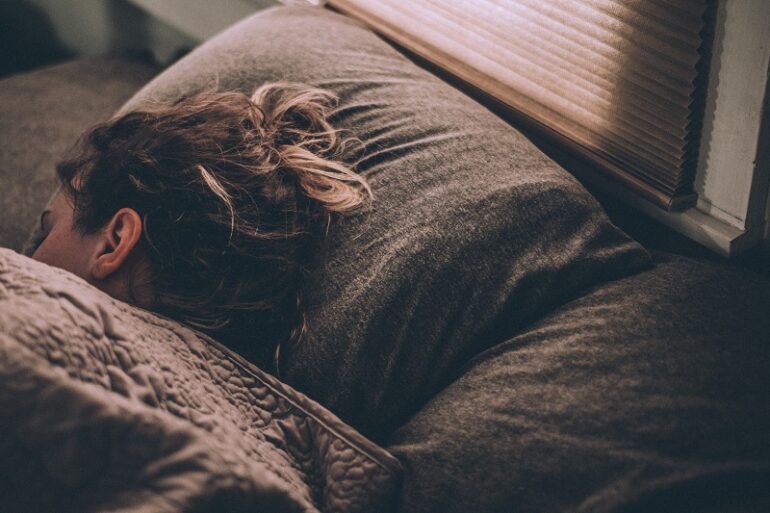 A new study has found that getting less than five hours of sleep each night can increase the risk of dementia and harm our brain health.

Research published in the journal ‘Aging’ found that a lack of sleep could double the risk of Alzheimer’s and increase the chances of premature death.

2,610 over-65’s completed sleep questionnaires as part of the National Health and Aging Trends Study (NHATS) and researchers at Brigham and Women’s Hospital, Boston, have analysed the responses in terms of questions relating to sleep deficiency.

They examined how respondents rated their frequency of naps, how long it took to fall asleep, snoring problems, sleep duration and alertness levels. On the whole, the experts found a link between sleep problems and dementia over time.

The length of time that someone takes to fall asleep is also thought to be linked to their likelihood of dementia, with those who routinely take longer than half an hour to nod off facing a 45% higher risk of dementia. Taking frequent naps, poor sleep quality and problems with alertness were also linked to a greater risk of poor brain health.

The lead author of the survey, Dr Rebecca Robbins, said: “Our findings illuminate a connection between sleep deficiency and risk of dementia.

They confirm the importance of efforts to help older individuals obtain sufficient sleep each night.”

Senior author Professor Charles Czeisler said the findings highlight the importance of sleep when it comes to brain health.

He commented: “This data adds to the evidence that sleep is important for brain health and highlights the need for further research on the efficacy of improving sleep and treating sleep disorders on the risk of Alzheimer’s disease and mortality.”

Another large survey from January this year has also revealed that eating nuts can also help to stave off dementia. It claims that by consuming nuts twice a week from mid-life onwards people were 20% less likely to have problems with their memory when they reached the age of 60.

The research, undertaken by the National University of Singapore followed almost 17,000 people from 1993 to 2016, assessing their diets and their cognitive function.

Reasons to Stay in Bed