Valentine’s Day around the World • Surf4Hub News and Blogs

Love it or hate it, coupled or single, Valentine’s Day has taken over the shops, social media and for a large number of us our lives in early February. Saint Valentine is everywhere. If red hearts and roses feel like they’re getting stale, cultures around the world are full of their own ideas for February 14. Here are fifteen ways different cultures show the love (or not). 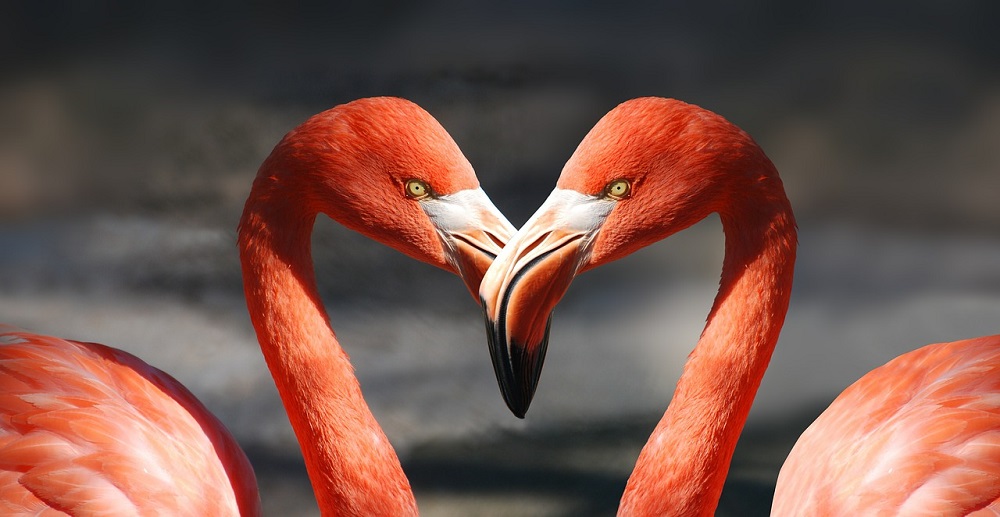 On Valentine’s Day, lovers in France exchange letters and cards, a world-wide tradition that claims its origins in France!  History says the first Valentine’s Day card originated in France when Charles, Duke of Orleans, sent love letters to his wife while imprisoned in the Tower of London in 1415.

Although cards and letters are now exchanged old Valentine’s Day traditions in France were far from romantic. Singles would fill houses that faced one another, and men would pick their “match” from the house in front, these events were called “Loterie d’amour’ or “drawing for love”, but the end of this story is not romantic at all. When a man didn’t find favour with the woman he picked, he could simple leave her and try to find another one. The women left would get together and have a bonfire during which they burned pictures of the men who rejected them while throwing insults and swearing at them. The event became so uncontrollable that the French government eventually banned the tradition all together.

Although Valentine’s Day is a relatively new holiday in Denmark, celebrated since the early 1990s the country has embraced February 14th with a Danish twist. Rather than roses, friends and sweethearts exchange pressed white flowers called snowdrops.

Valentine’s Day is celebrated monthly from February through to April in South Korea.  February 14, when the women give the men chocolates, candies & flowers. White day, held on March 14 when the men return the favour but this time with an additional gift. Then finally Black day is celebrated on April 14 by those who don’t really have much to celebrate! It’s customary for singles to mourn their solitary status by eating dark bowls of jajangmyeon a popular sweet or black bean-paste noodles. 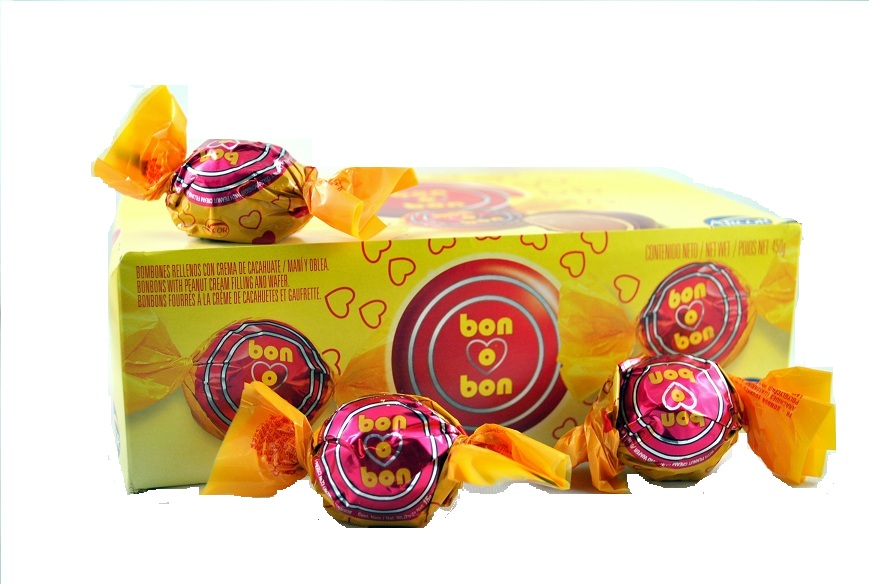 One day isn’t enough to celebrate Valentine’s in Argentina.  Argentinians take a week to celebrate the occasion.  In addition to February 14th since 1989 they also celebrate “sweetness week” from the 13th to the 20th July when originally bon o bon sweets were exchanged but now any make goes. It is estimated that during this week of the year, sales increased by 20%.

The equivalent to Valentine’s Day in China is Qixi, or the Seventh Night Festival, which falls on the seventh day of the seventh lunar month each year. During Qixi, young women prepare offerings of melon and other fruits to Zhinu in hopes of finding a good husband. Couples also head to temples to pray for happiness and prosperity. At night, people look to the heavens to watch as stars Vega and Altair come close during the star-crossed pair’s annual reunion. The festival originated from the romantic legend of two lovers, Zhinü and Niulang, who were the weaver maid and the cowherd, respectively. The earliest-known reference to this famous myth dates back to over 2600 years ago.

There is an alternative in recent years with Single’s Day being celebrated on November 11, since the late 1990’s. However, in 2009, the holiday was co-opted by Alibaba (China’s Amazon) to become the country’s version of Cyber Monday.

On the eve on Valentine’s Day, women in England used to place five bay leaves on their pillows — one at each corner and one in the centre — to bring dreams of their future husbands. However, nowadays it’s big business as sales of flowers, chocolates, cards and underwear go through the roof and restaurants need booking well in advance. Don’t forget to read our very own list of six gifts you can give for free which can be found here.

You won’t find a true Welsh couple celebrating Valentine’s day on the 14th February, the Welsh celebrated their own version of Day on January 25 to honour the Welsh patron saint of lovers, Saint Dwynwen. After losing to England in the Rugby on Saturday they may be going for the wooden spoon in the Six Nations and that ties in with their special lover’s day! As early as the 17th century, Welsh men carved intricate wooden spoons as a token of affection for the women they loved. Examples include horseshoes, which stand for good luck; wheels, which symbolize support; and keys, which symbolize the keys to a man’s heart.

The Philippines probably take Valentines day just a little too seriously. Over recent years they have taken their show of affection to a new level with thousands of couples sharing a wedding day on February 14th. Mass weddings take place in shopping malls and other public areas around the country.

With Carnival’s held in February & March, Brazilians skip the February 14th celebration and instead celebrate Dia dos Namorados, or “Lovers’ Day,” on June 12th. In addition to the usual exchanges of chocolates, flowers and cards, music festivals and performances are held throughout the country. Gift giving isn’t limited to couples, either. In Brazil, people celebrate this day of love by exchanging gifts and sharing dinner with friends and relatives, too.

The following day is Saint Anthony’s Day, which honours the patron saint of marriage.

If flowers are romantic, then Taiwan boasts the most romantic celebration in the world! And they celebrate it twice a year: February 14th and on July 7th. Here the men are expected to give bouquets of flowers to their beloved one. According to Taiwanese tradition, the colour and number of flowers will represent an important message, red roses will represent “an only love”, ninety-nine roses will express “love forever”, and 108 roses signifies the question ”Will you marry me?”

In Japan girls give the traditional “Giri Choco”, (chocolates with no romantic association but obligatory to give on that day) they’re only given to their male friends, colleagues or even bosses. If they want to show another kind of “affection” they will include a handmade gift plus the “Honmei Choco”.  But wait.  Males don’t get off the hook so easy!  A month later on March 14th, they have to return the gift with chocolates and more, this day is called “White Day”.

The celebration for Valentine’s Day in Germany is popular among the locals, but is not especially commercial as in other parts of the world. Lovers will exchange not only chocolates, flowers, and heart shaped gifts, but a special something else for this celebration: a pig! The pig represents luck and lust, and can be given in picture form, as a miniature statue, in chocolate or however one sees fit. Also, Germans prepare big ginger cookies in heart shapes which contain romantic phrases and messages like “Ich liebe dich” (I love you).

Known in Italy as “La Festa Degli Innamorati,” Valentine’s Day is celebrated only between lovers and sweethearts. Young sweethearts in Italy profess their love for each other all year round with a more recent tradition, attaching padlocks or “lucchetti” to bridges and railings and throwing away the key. Today, Italians celebrate Valentine’s Day with gift exchanges between lovers and romantic dinners. One of the most popular Valentine’s Day gifts in Italy is Baci Perugina, which are small, chocolate-covered hazelnuts wrapped with a romantic quote printed in four languages.

Chile is known as “the land of poets”, and it is true that Chileans are really romantic too. The “Dia de San Valentin” is anticipated greatly by lovers. Chileans love to celebrate and Valentine’s Day is a special occasion for couples, who celebrate with true excitement. It’s typical to walk around the city and see decorations all around as shops, malls and streets are beautifully decorated with flowers, balloons, and heart garlands.

As with many other countries South Africa celebrates Valentine’s Day with festivals, flowers and other tokens of love. It’s also customary for women in South Africa to wear their hearts on their sleeves on February 14th as women pin the names of their love interest on their sleeves, an ancient Roman tradition known as Lupercalia.

One in Ten Men Secretly HATE their Wife’s Cooking