Insurer Ageas has released a list of “weird and wacky” claims that were paid out in 2016. In one case, a herd of cows in north Wales got loose from a farm and gathered in a man’s garden, causing £7,500 worth of damage. In another case the insurer also paid out a claim after an 84-year-old man from Oxford put his false teeth on the cooker and they slipped under the metal grill. He then put the cooker on and melted them. Ageas replaced the dentures, costing £945. Another claim saw an iPad being left on a chopping board in Rochester during a meal. The sink was later filled with water and the iPad received a soaking along with the dishes. Ageas Retail chief executive officer Ant Middle said: “We’ve seen some weird and wonderful home insurance claims over the years but 2016 saw some of the strangest yet.” 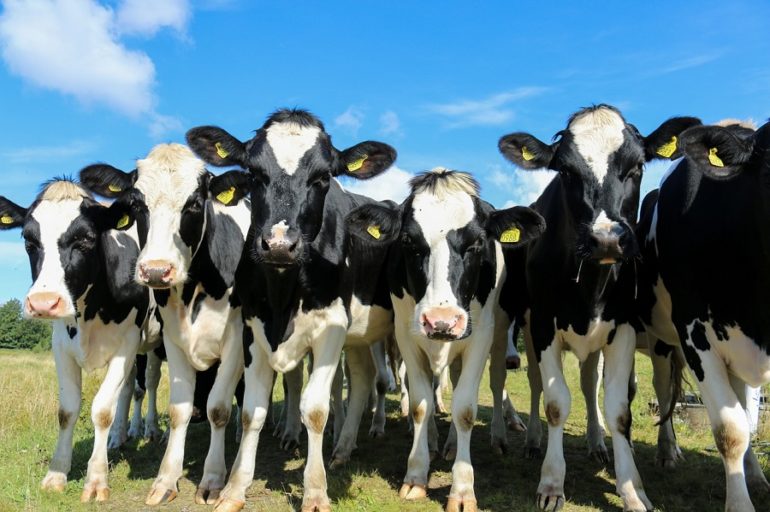 The most weird and whacky home insurance claims leading to significant damage during 2016 include:

Going nuts: A 68 year old man from Wolverhampton was mowing the lawn when a small piece of brick flung up from the lawn mower and broke a pane of glass in the conservatory – caused by pesky squirrels who kept burying things under the lawn.

Udderly ridiculous: A herd of cows got loose from a farm in Gwynedd and came through an estate at the end of a cul-de-sac and gathered on a 52 year old man’s property and garden. The careless cattle caused a massive £7,500 worth of damage and provided plenty of fertilser for the garden shrubs.

Puppy power: A small puppy in Milton Keynes decided to have its very own tug of war competition using the family’s TV cables, resulting in the TV smashing on the floor and a £150 bill to be picked up by Ageas.

Brace yourself: An 84 year old man from Oxford put his false teeth on the cooker and they slipped under the metal grill. He then put the cooker on and melted them. Luckily Ageas put a smile back on his face and replaced them, as the dentures cost £945.

Bee calm: Bees swarmed the dining room in the home of a 75 year old woman from Taunton, so a bee keeper was called to smoke them out. Mission Bee left black marks all over the carpet and it cost almost £200 to rectify.

Cream carpet: Whilst playing at their home in Bristol, children got hold of some nappy cream and rubbed it into the front room carpet and sofa. This caused a whopping £1,386 worth of damage and some really unhappy parents.

Sinking feeling: A 64 year old woman from Rochester left her iPad on the chopping board whilst having dinner. After her meal, she filled the sink with water adding in the dishes – unfortunately her iPad was still in the pile on top of the chopping board so also made it into soak.

Wheel disaster: Children were riding their segways in the dining room at home in Staffordshire. Whilst standing still on their trendy scooters, the wheels continued to go round and burnt the carpet and rug to the tune of £750 to replace.

Window pain: An 82 year old man from Paisley, had an unfortunate fall whilst on the phone and put his head through the UPVC panel of a door. Fortunately this wasn’t a headache – Ageas paid out £511 to cover the cost.

Oh baby: A 54 year old man from Dudley got up one morning and noticed that there was a large stain on the carpet. His baby son had gone round with baby oil spilling it everywhere resulting in a £568 insurance claim.