Bag a Billion this Wednesday! • Surf4Hub News and Blogs 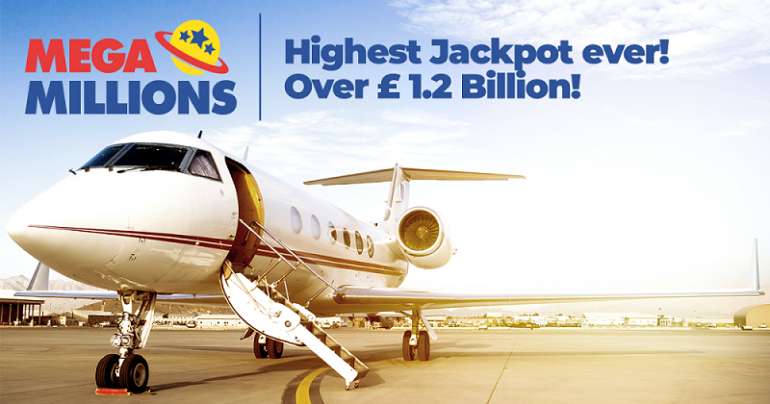 Brits have the chance this week to become the next British Billionaire, for less than a tenner.

Lottery fever has gripped the US over the last week as the jackpots for Powerball and Mega Millions have reached a staggering £1.7 billion. Even after taxes, that still leaves the lucky winner with change of £1 billion.

With no winner at the weekend, Mega Millions has reached a gigantic £1.2 billion, while Powerball has been climbing since August and now reached a whopping £475 million.

So far, the excitement has been confined to the US, but this week Brits have the chance to get in on the act. Lotto betting gives punters the chance to bet on the lotteries and have the jackpot matched.

Shenaly Amin, Country Manager, myLotto24 said “This opportunity is just incredible. Who doesn’t want to bag a billion? Think of the Christmas presents you could buy! It’ll be a private jet for dad, diamonds for mum, and a tropical island for yourself.”

The draw takes place on Wednesday at 4am (GMT). Bets can be placed up until 1am (GMT). Brits can take part at: www.mylotto24.co.uk.

Weird and Wonderful Christmas Traditions from Around the World