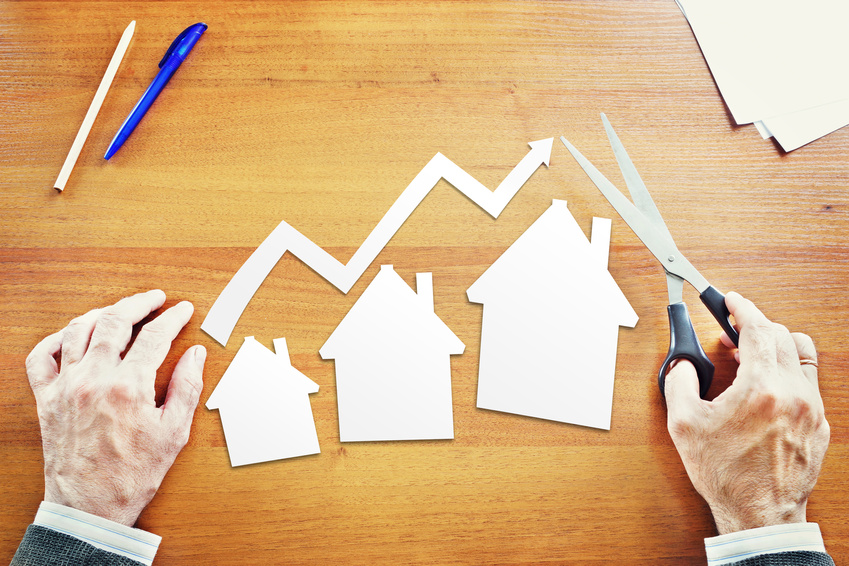 Annual house price growth expected to slow in 2017, according to research from the Halifax.

The Halifax, Britain’s biggest mortgage lender said annual house price growth would be between 1% and 4% by the end of 2017.

Halifax said in March 2016 house prices were increasing at an annual rate of 10% – but the pace of growth has been a downward trend since the spring. A rush to beat the introduction of a higher rate of stamp duty on purchases of second homes and investment properties in April resulted in additional upward pressure on prices early in the year.

“A steadily growing economy, with increasing employment and strengthening household finances, has supported housing demand during 2016. Very low mortgage rates, which have fallen further over the year, have also assisted.

Another key feature of the market has been the ongoing, and acute, shortage of properties for sale. The stock of homes available for sale has been at, or close to, record lows throughout the year.

The housing market is critically dependent on how the wider economy evolves. We consider it most likely that the UK economy will soften over the course of 2017. This is most likely to result from the weakening of sterling pushing up import costs and dragging on purchasing power, both for consumers and as a determinant of business investment spending.

Slower economic growth in 2017 is likely to result in pressure on employment with a risk of a rise in unemployment. This deterioration in the labour market, together with an expected squeeze on households’ spending

power – as inflation picks up and outpaces earnings growth later in the year – is likely to curb housing demand. These factors, combined with increasing affordability constraints, particularly in London and the South East, are likely to result in a further easing in annual house price growth during the coming year, continuing the trend seen since the spring of 2016.”