Written by: Bank of England 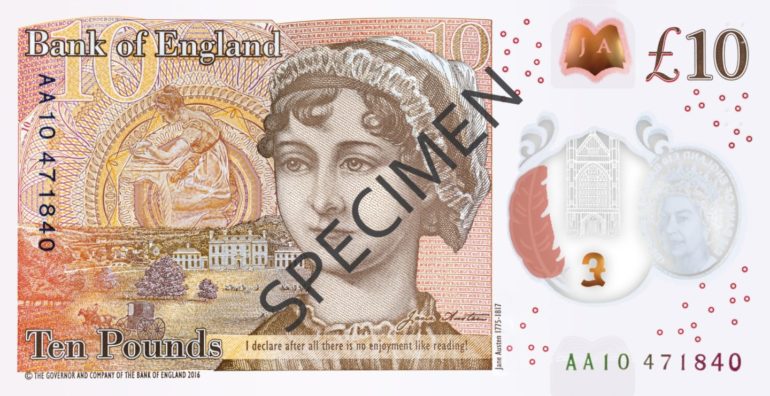 Today, on the 200th anniversary of Jane Austen’s death, Governor Mark Carney unveiled the design of the new £10 note featuring the world-renowned author. The note is printed on polymer and is the first Bank of England banknote with a tactile feature to help blind and partially sighted users.

As it is made of polymer, the new £10 note is cleaner, safer and stronger. It joins the Churchill £5 in the first family of polymer Bank of England banknotes and a new £20 note featuring J.M.W Turner will follow in 2020. The £10 note contains sophisticated security features which make it very difficult to counterfeit. It is expected to last at least 2.5 times longer than the current paper £10 notes – around 5 years in total – and stay in better condition during day to day use.

The new tactile feature on this note is a series of raised dots in the top left-hand corner and has been developed in conjunction with the RNIB. This is in addition to the elements already incorporated in Bank of England banknotes for vision impaired people; the tiered sizing, bold numerals, raised print and differing colour palettes.

The new £10 note will be issued on 14 September 2017 and the public will begin to see them in the following days and weeks as the notes leave cash centres around the country and enter general circulation. The public can continue to spend paper £10 notes as usual and these will be gradually withdrawn as they are banked by retailers and the public. Legal tender status of the paper £10 featuring Charles Darwin will be withdrawn in Spring 2018 with the exact date being announced at least three months in advance.

Speaking at Winchester Cathedral, the resting place of Jane Austen, the Governor said: “Our banknotes serve as repositories of the country’s collective memory, promoting awareness of the United Kingdom’s glorious history and highlighting the contributions of its greatest citizens. The new £10 note celebrates Jane Austen’s work. Austen’s novels have a universal appeal and speak as powerfully today as they did when they were first published. The new £10 will be printed on polymer, making it safer, stronger and cleaner. The note will also include a new tactile feature on the £10 to help the visually impaired, ensuring the nation’s money is as inclusive as possible.” 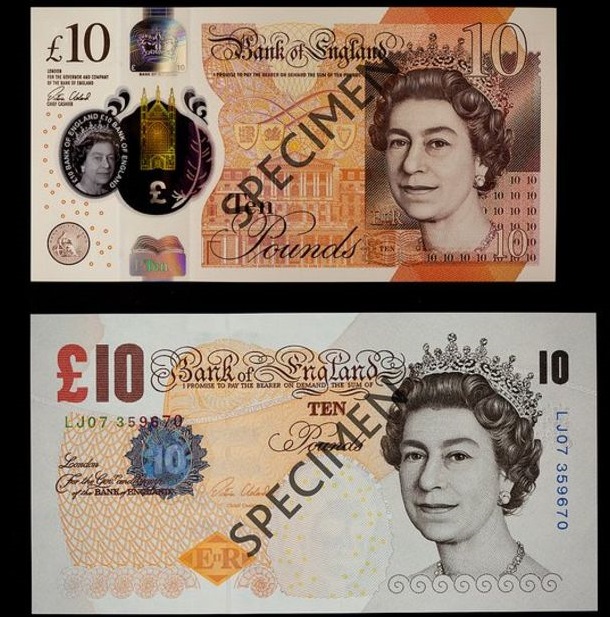 Security features on the new £10 note include: 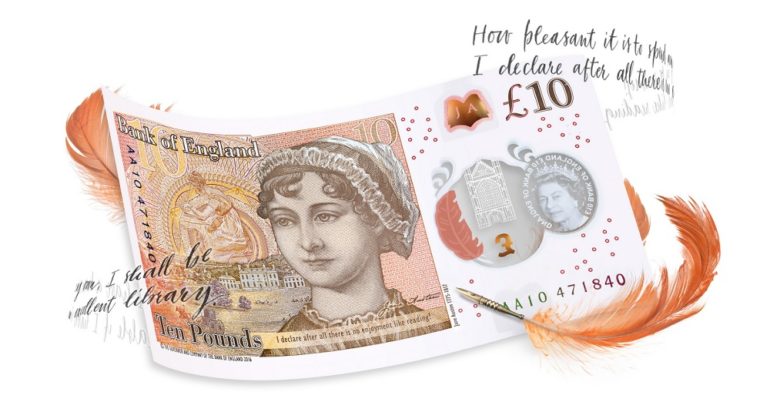 Further details about The New £10 Note can be found on www.thenewten.co.uk

Learner Drivers to Take to the Motorway

Spending by Contactless Payments on the Up