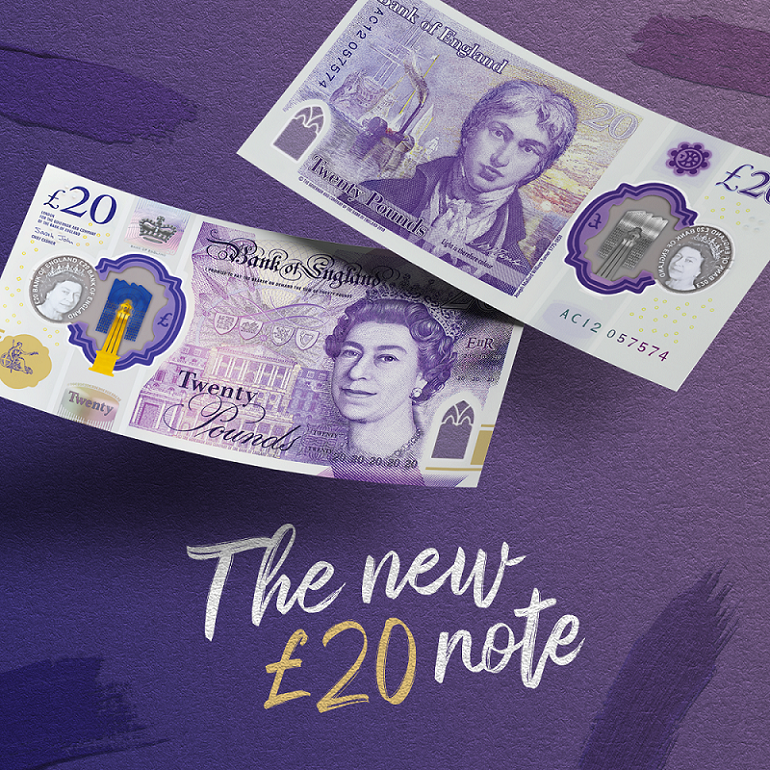 A new £20 note featuring artist JMW Turner has been unveiled by the Bank of England.

The £20 note is the most forged in circulation with 88% of detected banknote forgeries in the first half of 2019 being £20 notes.

The new design, which the bank describes as its most secure, enters circulation on 20 February next year.

Features on the new £20 note include: