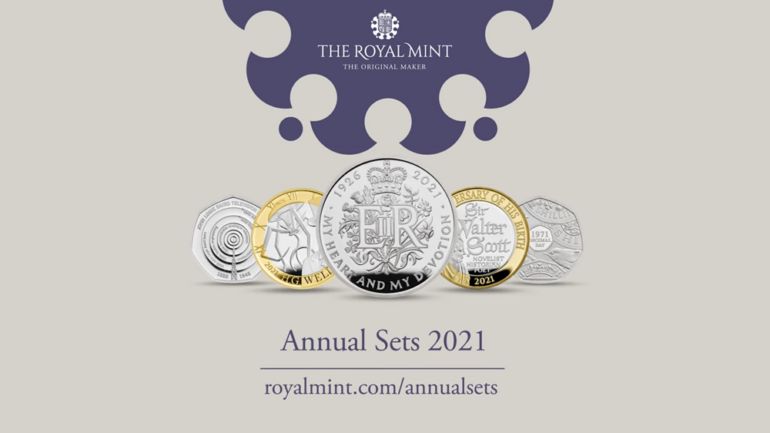 The Royal Mint has given coin collectors a first glimpse of five new commemorative coins for 2021, including one to mark the Queen’s birthday in April.

The £5 coin will commemorate the Queen’s birthday, when she will become the first British monarch to reach the age of 95.

The new coin features the words “my heart and my devotion”— words the Queen used in her first televised Christmas speech in 1957.

As part of the set, a new 50p coin has been designed to mark 50 years since the UK began using the decimal system on February 15, 1971. The coin will feature a portrait of the Queen on one side and a selection of pounds, shillings and pence on the reverse.

Scottish novelist Sir Walter Scott is also being celebrated by The Royal Mint with a £2 to make the 250th anniversary of his birth.

Another classic author, HG Wells who penned The War Of The Words and The Time Machine, will also be remembered on a new £2 coin.

The fifth coin marks the 75th anniversary of the death of John Logie Baird, who is famed for his early prototypes of the television.

Clare MacLennan, of The Royal Mint, said: “This year’s annual set is particularly special for The Royal Mint as we celebrate one of the biggest milestones in our 1,100-year history – the anniversary of decimalisation.

“This was one of the largest and most intensive public awareness campaigns ever staged by the government and introduced the coins that we know today.

“Decimalisation was the birth of modern coin collecting and it is fitting that the anniversary has been celebrated on a 50 pence, which is Britain’s most loved coin.”

As yet, The Royal Mint has not revealed which of the five coins will enter general circulation—it has only specified that the Decimal Day coin will only be available as a commemorative coin, making it more valuable for collectors.

The value of the coins in the future largely depends on whether they are released into circulation and how many are made. One of the most recent commemorative coins, a 50p which features Raymond Briggs’ ‘The Snowman’ is thought to be valued at £174.