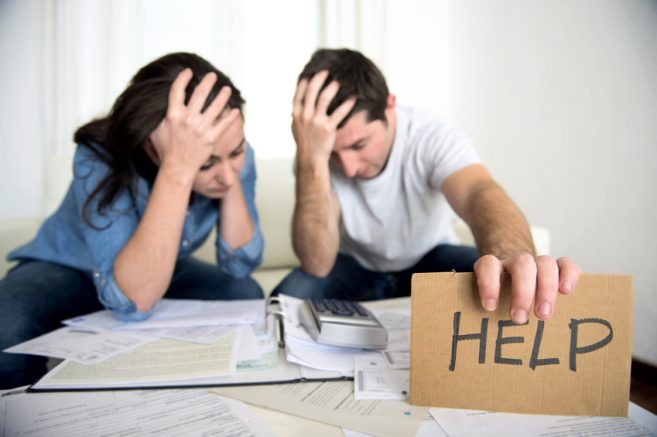 The analysis finds that:

Today’s findings echo recent Office for Budget Responsibility (OBR) figures showing that households are saving less than ever, and Bank of England data showing consumer credit growing at its fastest rate for 11 years.

The TUC says that the growth of consumer credit should worry the government as a sign that fundamental problems with the economy, such as weak pay growth and low public investment, have not been fixed.

TUC General Secretary Frances O’Grady said: “These increases in household debt are a warning that families are struggling to get by on their pay alone. Unless the government does more for working people, they could end the New Year poorer than they start it.

“Employment may have risen, but wages are still worth less today than nine years ago. The government is relying on debt-fuelled consumer spending to support the economy, with investment and trade in the doldrums since the financial crisis.

“There’s a lot the government could do to help. Public sector workers who have suffered severe cuts to their real pay since 2010 are long overdue a decent pay rise. The minimum wage needs to keep rising so the lowest paid workers can keep up with rising prices. And a major programme of public investment in rail, roads, new homes and clean energy could be targeted at communities where decent jobs are in short supply.”

The TUC analysis is presented below
Comparison of UK household debt data, 2000 to 2016

The amount of unsecured debt per household is an average taken across all UK households. As some households will not have any unsecured debt, the typical debt of an indebted household will be higher still.
– The Office for Budget Responsibility (OBR) forecast in November that the UK household saving ratio will hit record lows of 4.4% in 2016 and 3.8% in 2017, as increases in household spending continue to outstrip earnings. The OBR also forecast that unsecured borrowing as a share of income will rise year on year, and by 2019 will exceed the pre-crisis peak.
– Bank of England data has shown that households are borrowing more. Figures published on 4 January 2017 show that consumer credit grew by 10.8% in the year to November 2016 – the fastest growth for eleven years.