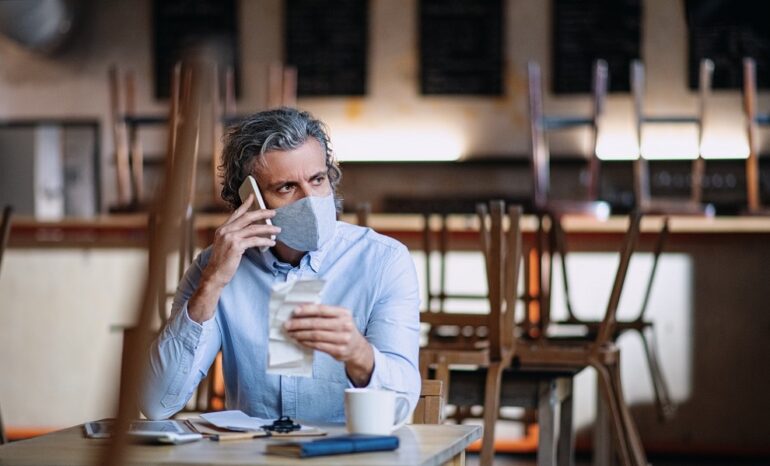 The number of Brits out of work has continued to rise, with 25—34-year-olds the most likely to be affected.

According to the Office for National Statistics, there are currently 1.72 million jobless people in the UK, with unemployment levels at 5% — the highest level in five years.

The impact of the COVID-19 pandemic has caused job losses across all industries, with hospitality being the worst hit sector, followed by manufacturing.

The Office for National Statistics deputy chief executive Sam Beckett said the UK had not seen such rises in unemployment since the global financial crisis.

However, she concluded: “We’ve currently got over 4.5 million people on the furlough scheme, so that does complicate the picture when you’re trying to interpret what’s going on in the labour market.”

While the figures in the research are not unexpected due to the global pandemic, in the three months leading up to November 2020 there were an additional 418,000 unemployed compared to 2019—the sharpest increase since the financial crisis of 2009.

Despite the pandemic, the unemployment rate of 5% is still considered low by international standards, with the government’s job retention furlough scheme keeping many Brits on the payroll and not contributing to the jobless statistics.

With the furlough scheme currently due to come to an end in April, economists expect we will see a spike in number of unemployed, rising to 6% or 7%.

But as the government continues to urge caution about when restrictions on the economy will be lifted, business groups are adamant that the scheme needs to be extended into the early summer.

Chancellor Rishi Sunak said: “This crisis has gone on far longer than any of us hoped – and every job lost as a result is a tragedy.”

“Whilst the NHS is working hard to protect people with the vaccine, we’re throwing everything we’ve got at supporting businesses, individuals and families.

“Our Plan for Jobs includes grants and loans so that firms can keep employees on, the furlough scheme to help protect jobs, and programmes like Kickstart alongside record investment in skills so that people can find their first job, their next job or a new job if needed.”

The Most Dangerous Places To Work