Alpine Is Back • Surf4Hub News and Blogs

A110: the compact and agile French sports car

One year after the presentation of the Alpine Vision show car, Alpine revealed today at the Geneva Motor Show its production car: the new A110.

Combining the timeless Alpine principles of light weight, agility and performance, this mid-engined two-seater sports coupe is true to the spirit of its predecessors and in particular the A110 ‘Berlinette’. The new car will be built in the Alpine factory in Dieppe and deliveries will start late 2017 in Continental Europe. Deliveries in the UK and Japan will start in 2018.

Alpine is back to claim its position in the sports car segment, with only one promise: driving pleasure. 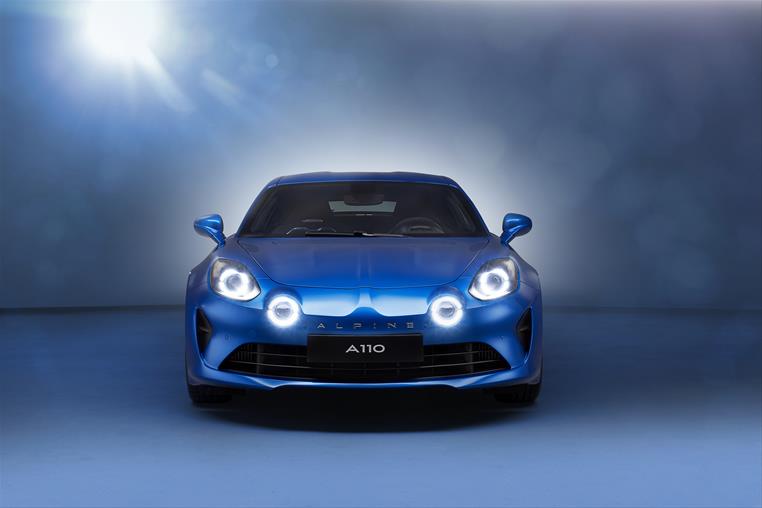 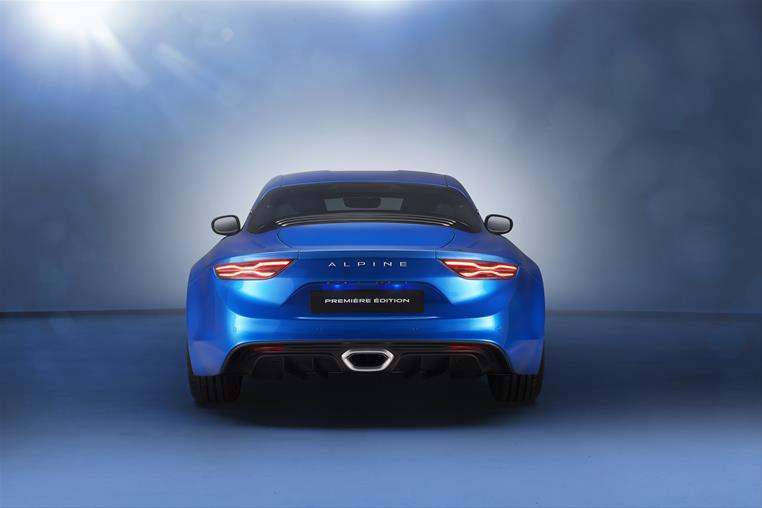 A CAR DESIGNED FOR AGILITY

A compact and lightweight sports car

The A110’s aluminium platform and body are bonded, riveted and welded to provide an exceptionally rigid yet light structure.

The A110 is ultra-light at only 1080kg kerb weight (excluding options). Its compact size (4178mm long, 1798mm wide and 1252mm high),  optimal weight distribution (44% front/ 56% rear) and low centre of gravity are all dedicated to agility – especially on the type of winding mountain road that made Alpine’s reputation back in the 1960s and ‘70s.

Alpine’s mass is also concentrated around the centre of the car, with the fuel tank behind the front axle and the engine in front of the rear axle, enabling the driver to feel at one with the car.

The A110 is equipped with a new 1.8-litre 4-cylinder turbocharged engine developed by the Renault-Nissan Alliance. Alpine’s engineers, together with Renault Sport, have customized this engine for Alpine, with specific air intake, turbocharger, exhaust system and engine tune. The engine has a maximum power output of 252hp and maximum torque of 320Nm. Combined with the low kerb weight of only 1080kg, the A110’s excellent power-to-weight ratio of 233hp:tonne enables the car to accelerate from 0 to 62mph in only 4.5 seconds.

The engine is mated to a Getrag 7-speed wet-clutch DCT gearbox, with gear ratios specifically developed for Alpine to ensure optimal performance at all times. Aided by intensive use of fluid dynamics simulation, the lightweight, single exit active sports exhaust system in the A110 has been developed for performance and sound quality.

The A110 has three driver modes (Normal, Sport, Track) in which the engine and gearbox settings, steering, ESC, exhaust note and driver display are adapted to suit the driving conditions (and the driver’s mood). 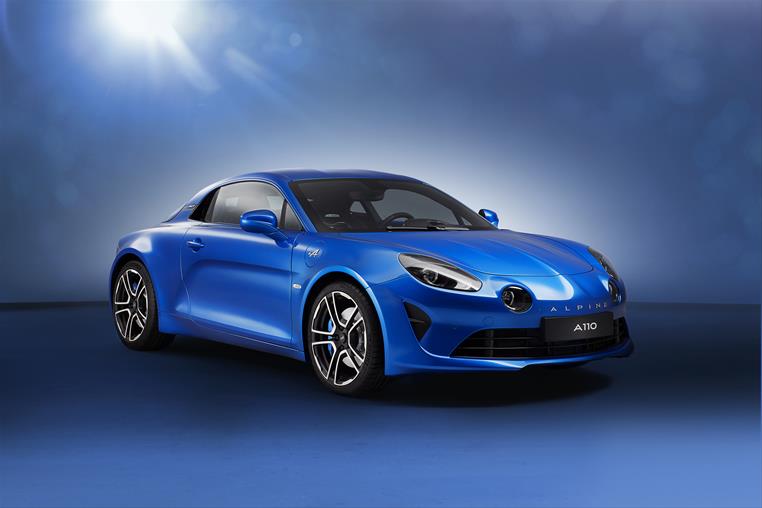 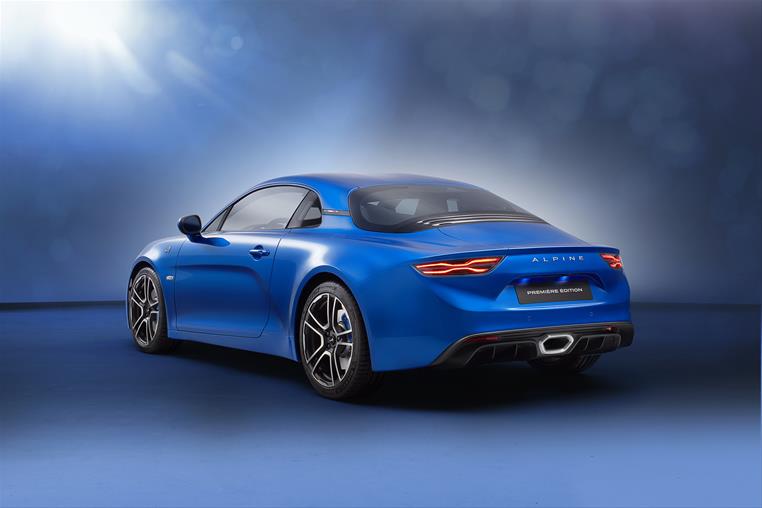 A flat floor worthy of a race car, tried and tested in the wind tunnel.

In search of a combination of sleek lines and excellent performance, Alpine’s engineers turned to the world of race cars and supercars to optimize the aerodynamics of the A110. With a completely flat floor and functional diffuser under the rear bumper, the A110 combines low drag with significant downforce.

This allows the A110 to reach an electronically limited 155mph top speed, while retaining a smooth ‘Alpine’ profile – without the need for a rear spoiler. 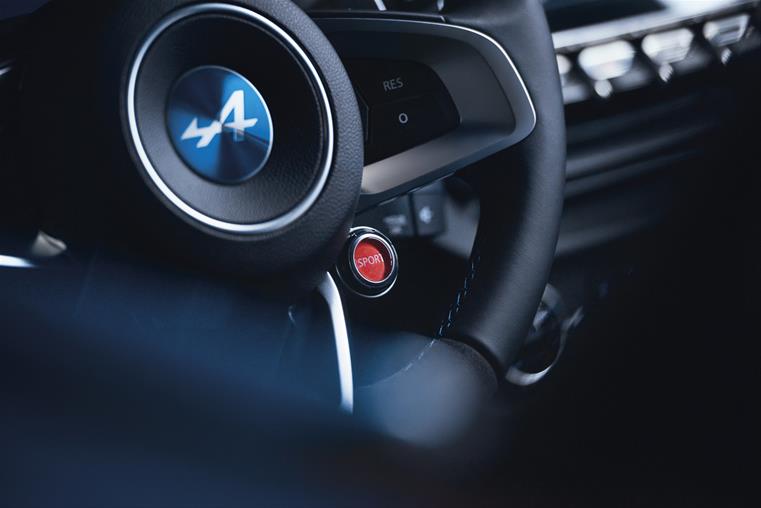 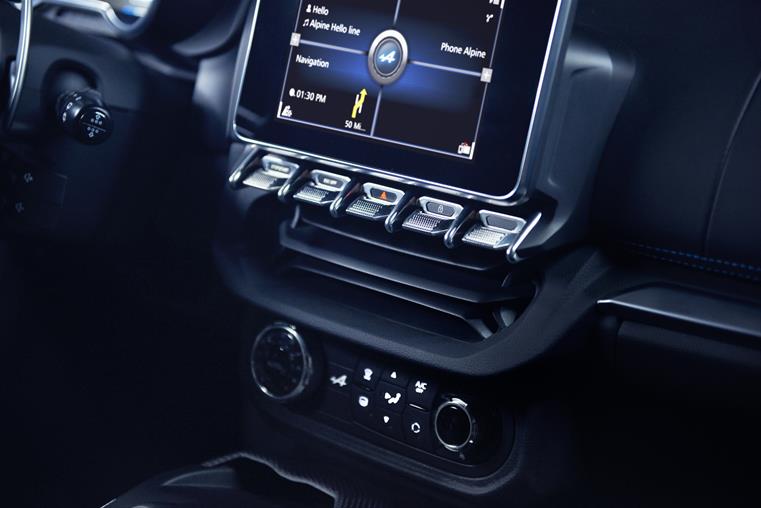 A MODERN DESIGN, TRUE TO ITS HERITAGE

The A110 is highly modern yet immediately recognisable as an Alpine. It combines modern design language, materials and technologies with the efficiency of size, shape and profile that marked the original A110 Berlinette.

The side profile shows the design’s efficiency – bodywork wrapped tightly around the technical parts to minimise footprint and maximize performance.

At the rear, ‘X’ shaped LED tail lights with dynamic turn indicators give the car a highly modern look, while the sloping, wrap-around rear screen reminds us of Alpine’s past models.

PERFORMANCE AND COMFORT – EVERY DAY

The light weight of the A110, combined with double wishbones front and rear, provide a rare combination – excellent handling and performance while at the same time offering great ride comfort and daily usability.

Access and egress are designed to be easy, even in everyday use. Driver and passenger space will accommodate all shapes and sizes.

In short, the A110 is as at home in everyday driving as it is on the track.

THE BEST COMPONENTS FROM THE BEST IN THE BUSINESS

In developing the A110, Alpine’s engineers and designers identified the best suppliers to ensure the best performance, fit & finish. Some examples: 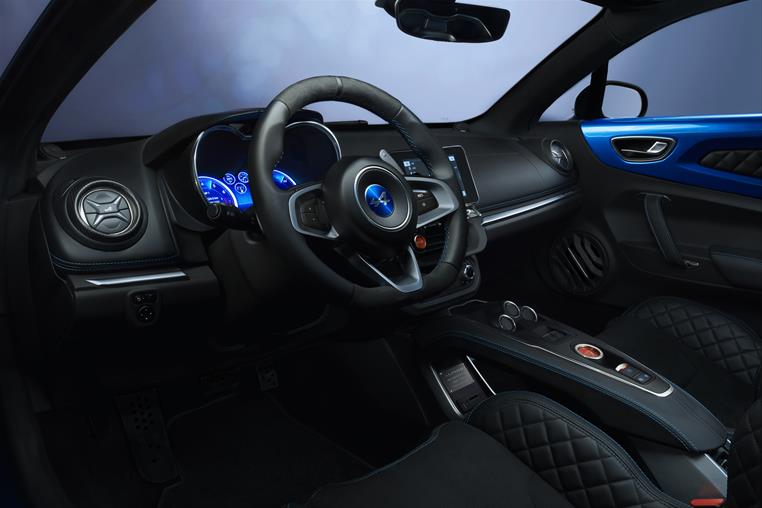 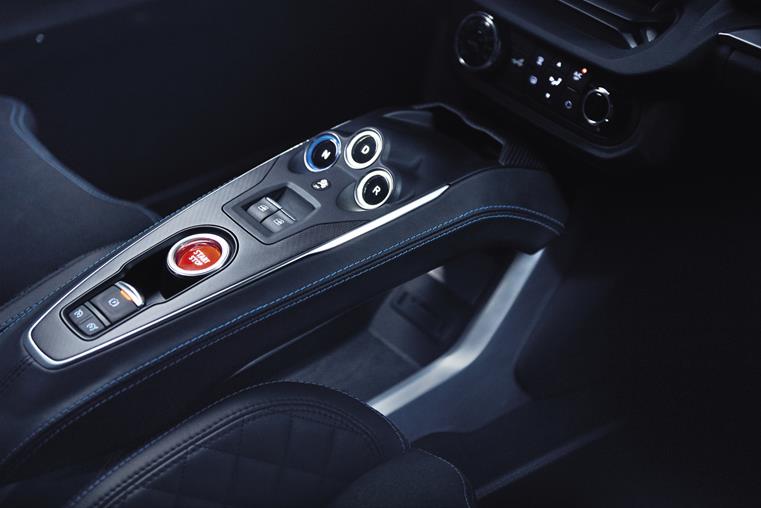 The Alpine A110 Première Edition is a numbered, limited edition production run of 1,955 cars. 1,955 refers to the year that Jean Rédélé launched Alpine.

The Première Edition is richly equipped including:

In 2018, after the production run of Première Edition is completed, several A110 trim levels will be available, supplemented by a wide range of personalisation options.

Final prices will be confirmed at the start of formal orders in mid-2017.

Alpine opened reservations for its A110 Première Edition in December 2016 through the dedicated Alpine mobile App. All available left hand drive Première Edition cars were reserved in 5 days.

A small number of right hand drive cars remains for the United Kingdom market (deliveries will start in 2018), and reservations for the Japanese market will commence in the coming weeks.

The Alpine App remains open for reservations of the A110 production model that will be produced in 2018 after the deliveries of the A110 Première Edition are completed. 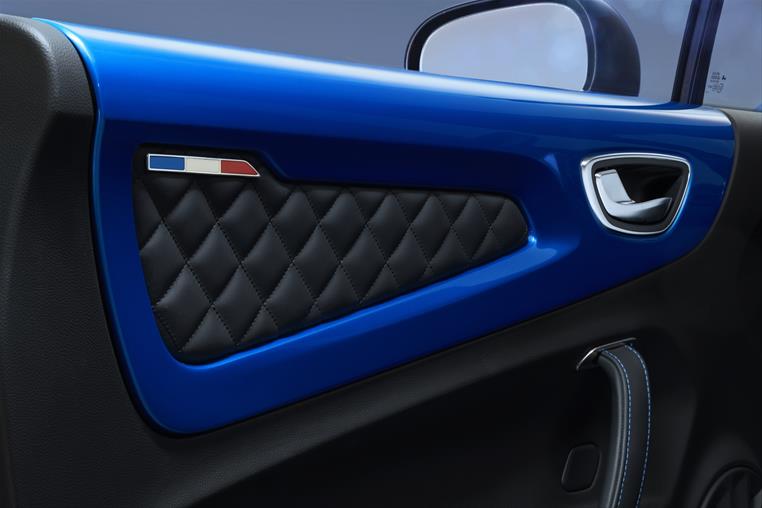 DESIGNED IN FRANCE, MADE IN FRANCE

The A110 has been designed and engineered in France, in Groupe Renault’s Technocentre in Guyancourt and in Renault Sport’s engineering centre in Les Ulis.

All A110s will be manufactured in the Alpine factory in Dieppe – its historical and spiritual home.

The Dieppe factory was built in 1969 by Jean Rédélé, and it was here that all generations of Alpines were built since then. Since Alpine production halted in the 1990s, The Dieppe factory has been building Renault Sport and other niche models from Groupe Renault such as the Clio V6, the Espace and currently the Clio R.S. Additionally, the Dieppe factory assembles many of Renault’s customer racing cars such as the Formula Renault 2.0.

Dieppe’s experienced specialist staff have all the expertise needed to build an excellent sports car. The factory is completing a multi-million Euro investment including a highly automated new body assembly facility dedicated to the A110’s all-aluminium platform and body.

Deliveries of the new Alpine A110 will commence late 2017 in the following countries:

Deliveries in the United Kingdom and Japan (RHD) will commence in 2018.

A network of around 60 dedicated Alpine showrooms will open before A110 deliveries commence, managed by dealers selected from the best of Groupe Renault’s existing partners. Dedicated Alpine advisors will ensure that the Alpine customers will be served by people as knowledgeable and passionate about Alpine as they are themselves. The first Alpine showroom will open late March 2017 in Boulogne-Billancourt, Paris.

1955: Creation of ‘Société des Automobiles Alpine’. Launch of the A106

2012: Announcement of an Alpine car project 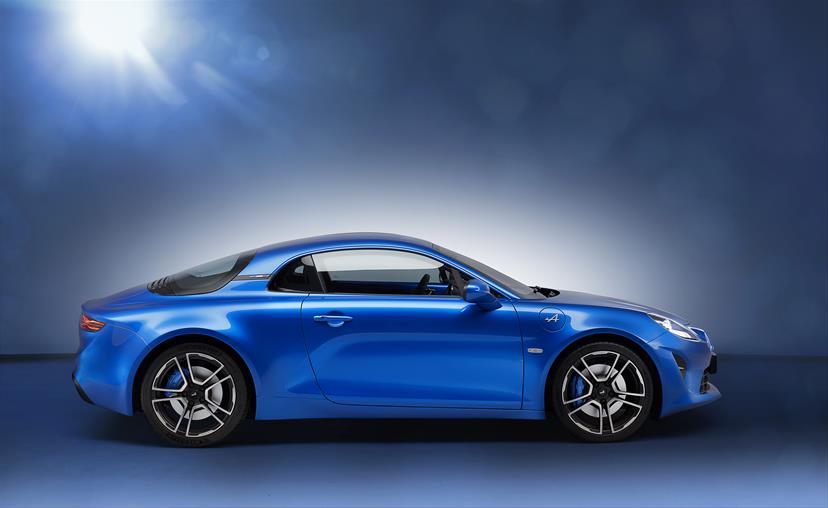