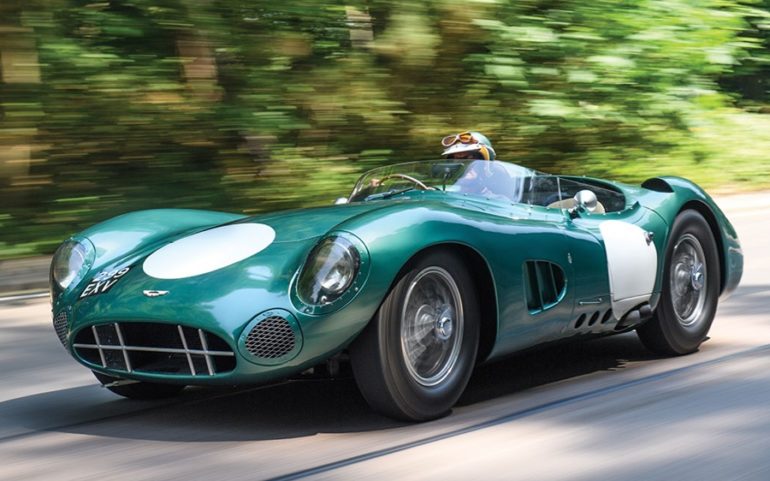 When the hammer finally came down following frenzied bidding at RM Sotheby’s Monterey sale on 18 August a new record high was set for a British car, for a telephone bidder paid $22,550,000 for a 1956 Aston Martin DBR1/1. That tops the previous record of $21,800,000 paid for a 1955 Jaguar D-Type at the corresponding sale just one year ago. 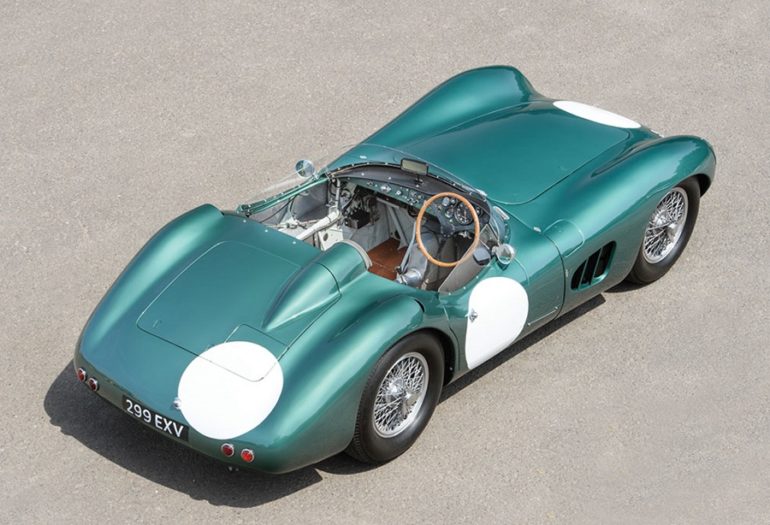 The car in question is chassis number one of just five examples built and comes with an impressive racing history that includes winning the gruelling Nurburgring 1000km race in 1959, with Stirling Moss and JackFairman driving. 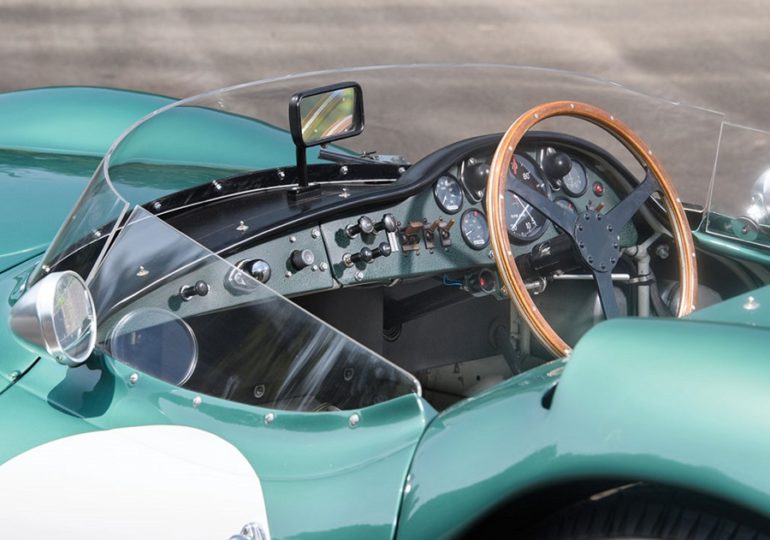 The DBR1 was designed by Ted Cutting, primarily to compete at Le Mans in 1956, when new regulations were brought in following the tragic accident that overshadowed the previous years’ race. 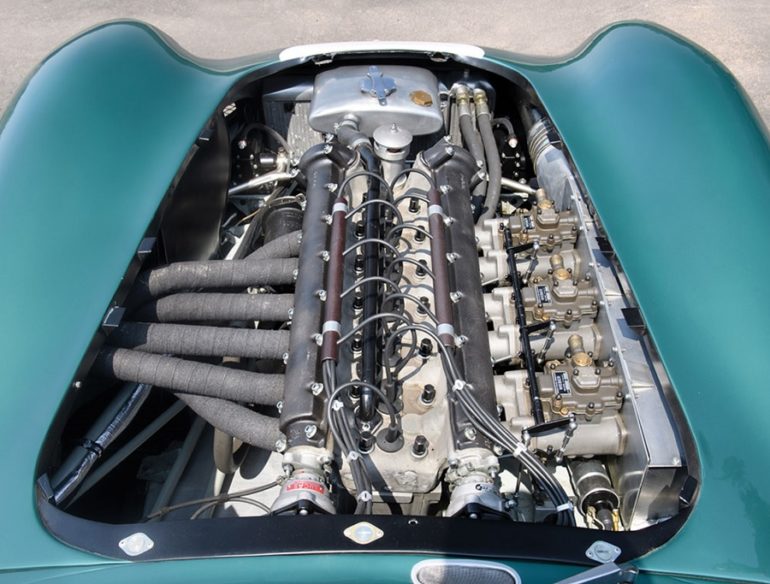 However, despite successes elsewhere, it took until 1959 before an Aston Martin DBR1 tasted victory at Le Mans when Carroll Shelby/Roy Salvadori and Maurice Trintignant/Paul Frere scored a memorable one-two finish for the team from Feltham. Moss played a part too; never a fan of endurance races, his mission was to act as the hare, setting a blistering pace from the start, luring the opposition into chasing him and inevitably breaking, leaving the way clear for an Aston one-two.

The drama didn’t end at Le Mans, for Moss went on to win the Goodwood Nine Hours, a race made famous when Moss’s race-leading car caught fire during a refuelling stop. He was switched to the Shelby/Fairman car,going on to win the race and ultimately assist Aston Martin to the Constructor’s Championship. Ironically, after three years of peseverance with the DBR1, Aston Martin had originally planned only to compete at Le Mans in 1959! 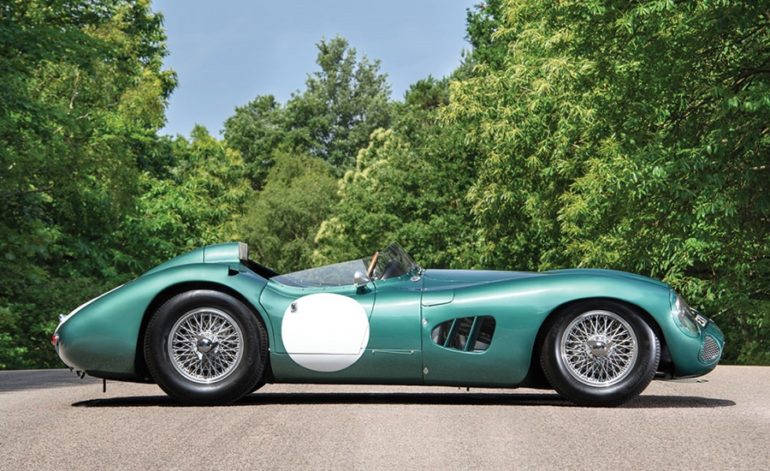 Also knocked-down to a new owner at Monterey was an ex BMS Scuderia Italia DBR9 (chassis #09) that was raced during the 2006 and 2007 seasons, its best results being third place finishes at Silverstone and Brno in 2006, and at Oschersleben in 2007. It twice raced at Le Mans, Babini/Gollin/Pescatori retiring in 2006, but the following year Babini/Davies/Malucelli came home in 11th place overall. However, the cars’ racing career ended ingloriously at the Spa 24 Hours in July 2007. After crashing heavily during pre-event practice, it was rebuilt only to be comprehensively crashed again during the early hours of the race. The chassis was a right-off, but the car was subsequently rebuilt and remained in team owner GuiseppeLucchini’s private collection, until now. The DR9/9 sold at RM Sotheby’s for a whopping $616,000, well beyond the pre-sale estimate of $275,000 – $325,000. That should go some way towards the repair bill!