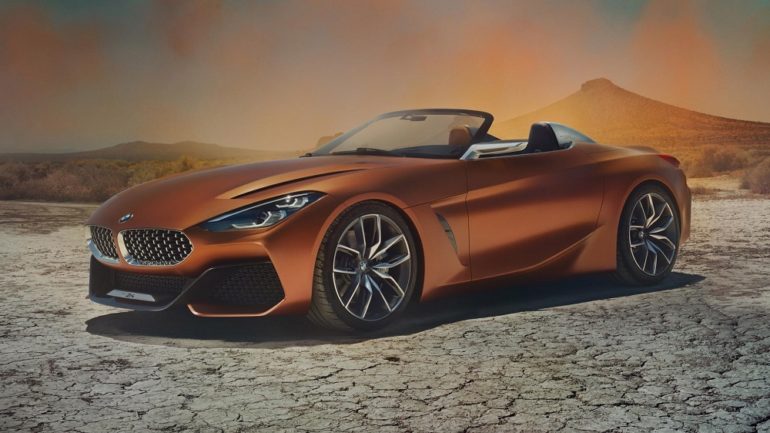 Manufacturers are increasingly turning to prestige classic car and concours events to preview their forthcoming new models, recognising that these events attract their target customers. BMW is no exception, using the recent Pebble Beach Concours in the USA to take the wraps off their forthcoming new Z4 model – and in sunny California what else could it be but a drop-top? 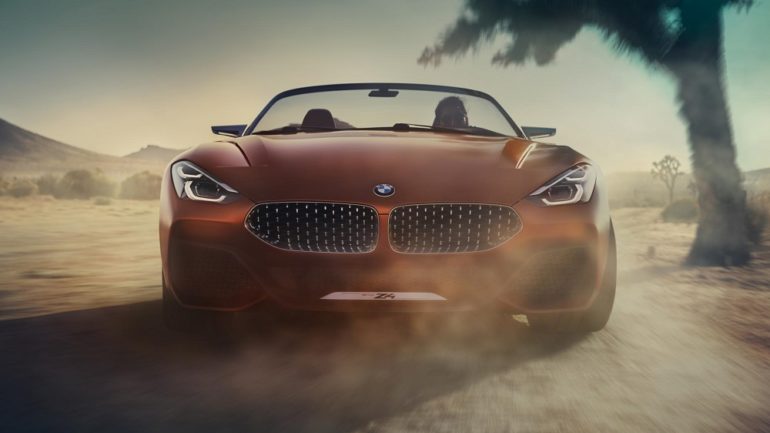 As with all concept cars, some of the eye-catching features will likely have disappeared by the time you can actually buy one next summer, but don’t expect it to look too different. Most noticably, BMW have forsaken complicated folding metal hard-top arrangements and reverted to a traditional fabric roof. That of course brings with it a weight saving, something manufacturers are increasingly in search of. The pusuit has been further aided by the use of high-strength steel, aluminium and magnesium in production, which all contribute to making the new Z4 lighter than the outgoing model, despite its increase in size. 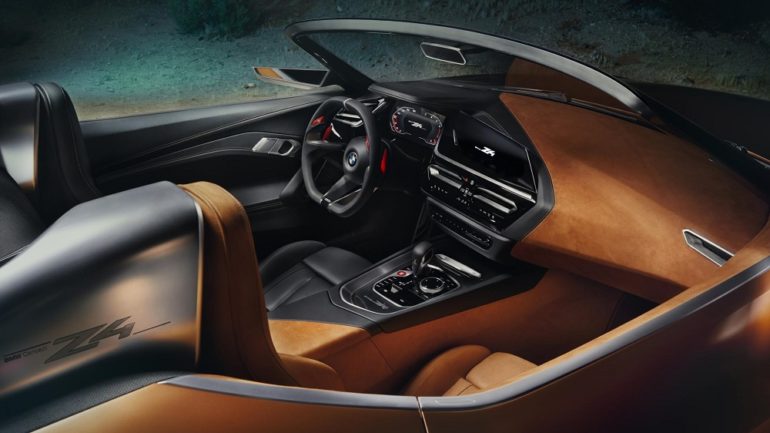 The overall shape of the car represents BMW’s current design thinking, with a shorter bonnet, whilst increased wheelbase brings with it reduced overhang at either end and also increases space in the already roomy interior. Width is increased too. 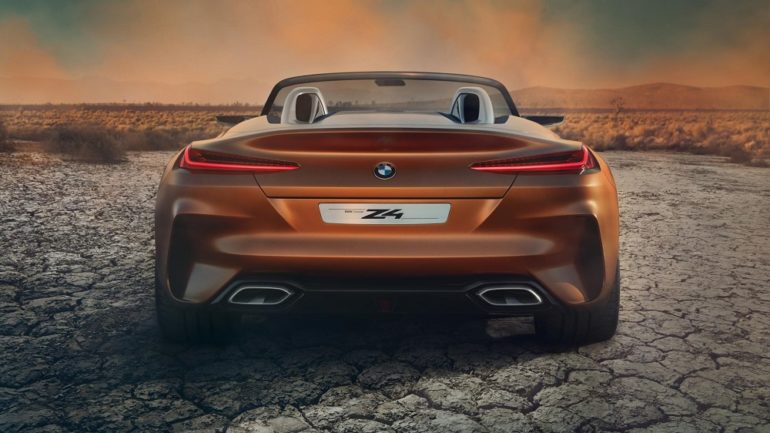 After officially being launched at next March’s Geneva Salon, UK sales will begin in the early summer, when there will officially be three engine options for buyers to choose from. There will be 181bhp and 248bhp 2.0-litre turbos, designated sDrive20i and sDrive30i, and a 3.0-litre turbo M40i, producing a suggested 355bhp. If that’s not enough, there may at a later date be the option of the 425bhp 3.0-litre twin-turbo currently found in the M3 saloon. Transmission choices will be a six-speed manual or eight-speed automatic gearboxes.

Prices will officially be announced closer to the on-sale date, but expect them to start from around £35,000. 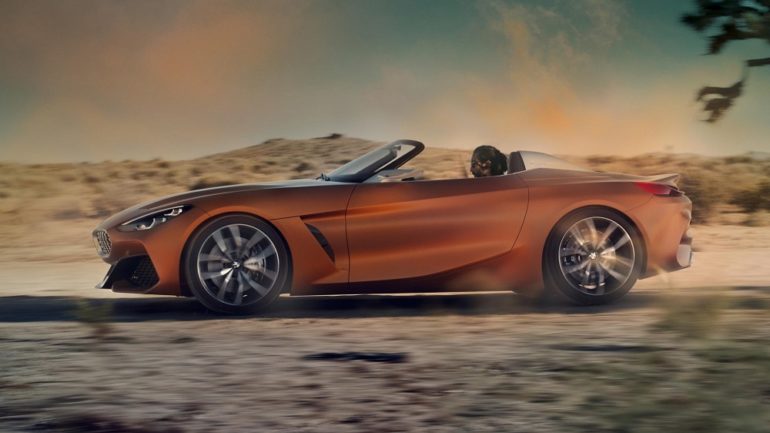 Whilst the German motor industry as a whole has been on the receiving end of much flak of late, some of it even from Germany’s own chancellor, Angela Merkel, BMW is riding the crest of a wave. The Munich-based group has recorded best-ever July sales figures, the world-wide sales figures for the first seven months of the year are also a  record for the company. July saw 180, 726 vehicles drive out of the showroom – that’s a 0.4% increase year on year – whilst total sales for the first seven months numbered 1,401,551, a 4.3% increase.

Signifiantly, electrified vehicles accounted for 50,711 sales from the BMW i, BMW iPerformance and electrified MINI ranges, that’s a whopping 74.8% up on the previous year, making BMW the world’s third biggest producer of electric vehicles.