Drivers Don’t Think Britain is Prepared to Deal with Snow 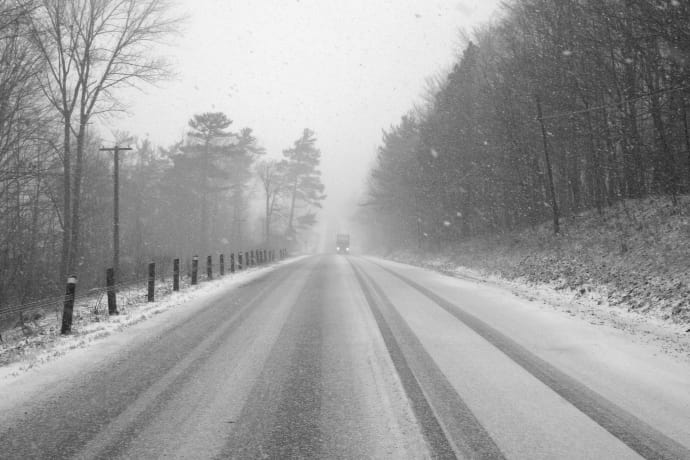 Eight in 10 drivers don’t feel Britain is prepared to cope with snowy conditions, according to an RAC poll of 2,172 motorists*.

Of those, 29% believe the country is ‘not at all prepared’ for snow while half think those responsible for the nation’s roads are ‘not very prepared’. Only 20% feel we are ready for a snowy conditions.

Snow is by far the most disruptive weather for motorists with three-quarters saying they have made a conscious decision not to drive as a result of it. 59% say they are prepared to drive in the snow, but have not been able to simply because they were blocked in.

Asked to name the most worrying types of bad weather, only 15% of driver cited snow. Instead most (45%) were more concerned about driving in icy conditions. A quarter said fog was the most worrying weather, with only 8% listing heavy rain and 2% strong winds. A hardy 5% said they were not fazed by any form of weather.

Eighty-one per cent of motorists say they have made a conscious decision not to drive in bad weather. In this instance snow was the prime reason they chose not to get behind the wheel. Icy conditions slipped into second place with 61% saying they had stopped them setting out. Almost a third said they had been prevented from driving by fog, and to far lesser extent by strong winds (13%) and heavy rain (12%).

RAC Rescue spokesman Simon Williams said: “Figures from the Local Government Association show that local councils have stockpiled 1.5m tonnes of salt in readiness to make sure the country’s roads don’t turn to ice when the thermometer plummets. This is clearly appreciated by motorists as most seem satisfied with the way local authorities treat roads when there is a risk of ice.

“Snow, however, is another matter as the vast majority of motorists don’t think the country is well set up to deal with more than a dusting of the white stuff. When it comes to winter driving, preparation is everything and that applies to both those in charge of our roads and to motorists themselves as they have to make sure they and their vehicles are ready for whatever the weather throws at them.

“While most councils are well stocked with grit to prevent roads becoming dangerously icy when cold conditions are forecast, a prolonged period of heavy snow presents an altogether more challenging situation which is harder for them to deal with due to the infrequency with which the country has to endure the worst winter weather. Grit generally works very well, apart from in extreme low temperatures, but it does need vehicles to be driving on it to be effective so if large amounts of snow fall in short periods councils are then faced with having to try to clear roads with snow ploughs.

“Drivers should always make sure their vehicles are ready for winter driving with good tread on their tyres, the right coolant so that it doesn’t freeze, a well topped up high quality screenwash that protects down to at least -15°C and windscreen wipers that are in good working order. They should also ensure they are well equipped with de-icer and a scraper, warm clothing, food and a drink, blankets or a sleeping bag in case they get stuck, a shovel, and that they have a fully charged mobile with charging cable and a back-up battery supply.”

To protect against the FORCES of winter the RAC recommends:

F – fuel – making sure you have plenty for your journey

O – oil – checking and topping up

R – rubber – checking your tyres have good tread and are inflated to the correct pressure. Also making sure your wipers are in good condition

C – coolant – checking and topping up

E – electrics – making sure all your lights are working properly

More information on winter driving can be found on the RAC website.

A Million Unsafe Cars On The Road As Owners Ignore Recalls

January is a Time to Prepare your Garden for the Spring