The UK new car market enjoyed a boost in August, as year-on-year demand rose 23.1%, according to the latest figures published by the Society of Motor Manufacturers and Traders (SMMT). Electric cars saw a huge boost, but recent research has suggested most consumers are less enthusiastic about new motoring innovations.

Demand increased in consumer and fleet markets, with the Supermini sector remaining the most popular, followed by small family and dual purpose cars. The society also recorded notable growth amongst luxury saloons and city cars. 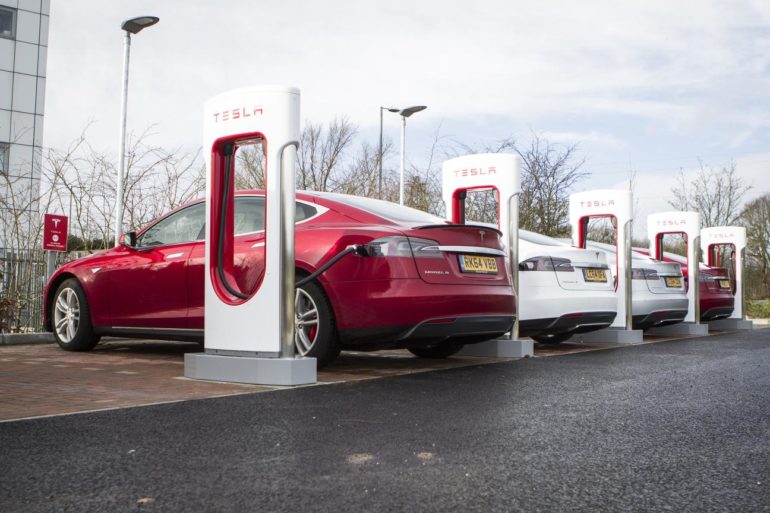 The biggest growth, however, appears to have emerged from the hybrid, plug-in hybrid and pure electric cars. With a surge in demand of 88.7 per cent, this sector now accounts for eight per cent of the market.

Mike Hawes, SMMT Chief Executive, said, “It’s great to see such strong growth, particularly in the important electric vehicle market. However, given August is always a small month in new car registrations ahead of the important plate-change month of September, it would be wrong to view the market as booming. Indeed, this past month has seen some significant variances as regulatory changes have disrupted some supplies. In the long term, however, the new emissions certification test will give consumers renewed confidence in the performance of all vehicles, helping them choose the latest, cleanest technology that best suits their driving needs, whether that be petrol, diesel, hybrid or plug-in.”

The upturn in demand for alternative-fuelled cars is tempered by recent research from Auto Trader that suggests many drivers expect to wait an average of nine years to buy an electric car. Over a third of consumers remain unaware of government policy regarding electric cars, including ignorance of grants for buyers, and believe that the goal of at least half of new cars sold to be electric by 2030 is unrealistic.

Most buyers in the survey cite a lack of charging infrastructure and upfront expense as the most common barriers to electric car ownership, despite costs of ownership being lower over a four-year period. Only a quarter of those questioned would consider electric for their next car.

There are signs of change from consumers, however. Over half said they care more about fuel types than 12 months ago, perhaps explaining increases in hybrid vehicles. The negative press regarding diesel cars has been a major influence, and Auto Trader has noted a drop in searches for diesel cars from 72 per cent in June 2016 to 47 per cent two years later. Interest in alternative-fuelled vehicles has doubled in this period, but only to a paltry four per cent.

Poppy Welch, Head of Go Ultra Low says: “Drivers making the switch are already reaping the benefits. EVs can be driven for as little as 2p per mile, compared with 10-12p for a conventionally powered vehicle, meaning the typical car owner can save hundreds of pounds every year in fuel costs alone. There are also additional savings such as tax benefits and reduced servicing and maintenance costs.

“Although charging is one of the biggest barriers to mass consumer uptake, almost half of motorists drive less than 15 miles a day, while 98% said they travel less than 100 – well within the range of pure electric vehicles and easily achievable in a plug-in hybrid. What’s more, charging data also shows more than 90% of all EV charging takes place at home, bringing added convenience for drivers.”

Auto Trader’s Editorial Director, Erin Baker, says of the findings: “There’s no doubt that electric vehicles are the future, however, our research indicates that there are still significant barriers to adoption, with greater investment in infrastructure and technology needed. It’s also crucial that car manufacturers and the government alike ensure that language to describe electric cars is clear and accessible, rather than laden with technological jargon that consumers may find alienating.”