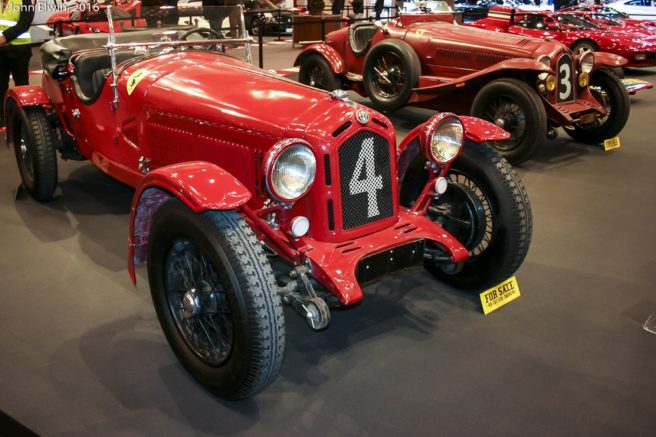 The German authorities might well be trying to dream up plans to ban fossil-fuelled vehicles altogether from the roads of Europe in the not too far distant future, but the fact that some 360,000 visitors poured through the doors of the Messe Essen during the 10-day run of the 49th Essen Motor Show suggests that the German love affair with the motor car is not quite over yet. 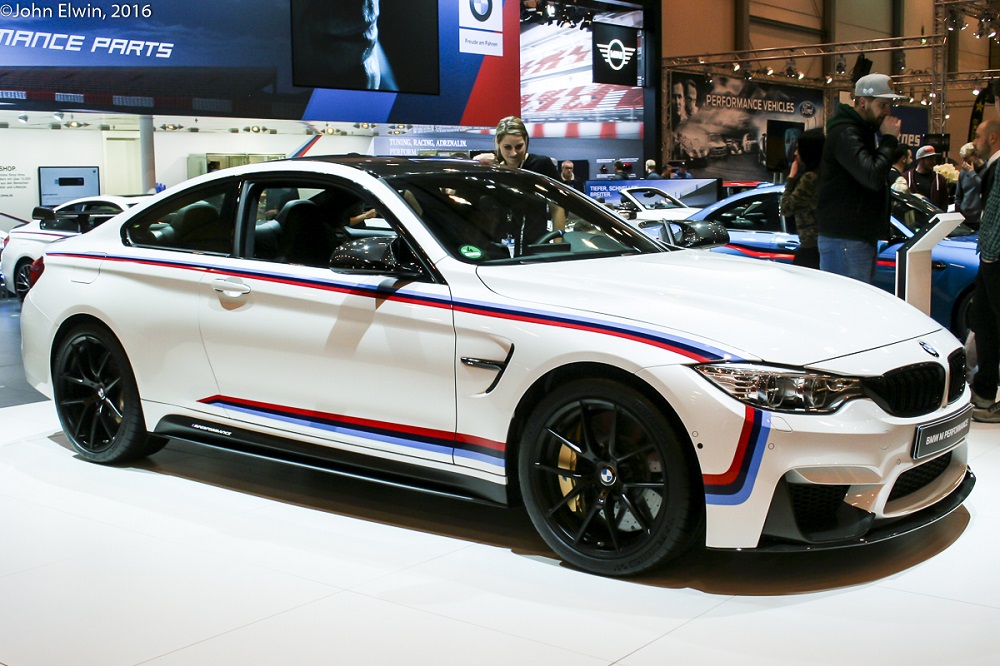 Inside, they found the full panoply of motoring, ranging from new-car debuts on manufacturer stands such as Ford and Skoda, to live action drifting. Everything was a little more condensed this year as the Messe is undergoing an upgrade, which meant a couple of halls were unavailable due to building works. 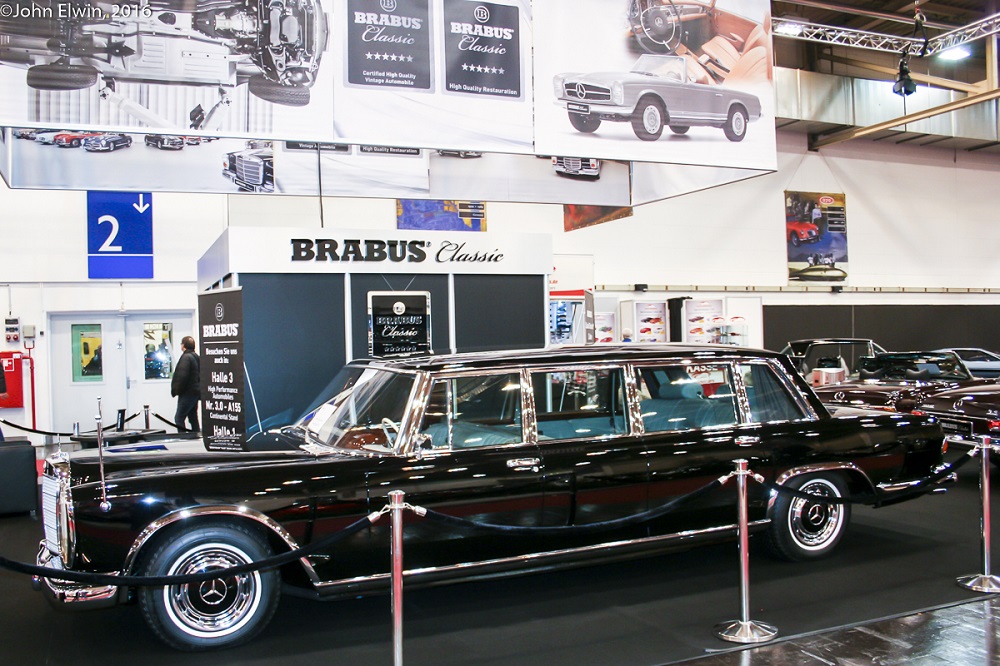 As usual, S.I.H.A. – the organisation responsible for organising the Techno Classica Essen Show in April – took charge of the classic side of things at Motor Show, with many of their regular exhibitors filling one hall with everything from a Heinkel bubble car to a monstrous Mercedes 600 Pullman, the subject of a recent 6,500-hour restoration. It was being shown by Brabus Classic, an offshoot of the company more familiar for its tuning and modification of modern cars. A sign of the times, perhaps? Whatever, the workmanship was very impressive, as was that on the matching blue 300SL Cabriolet and Gullwing models also on show. 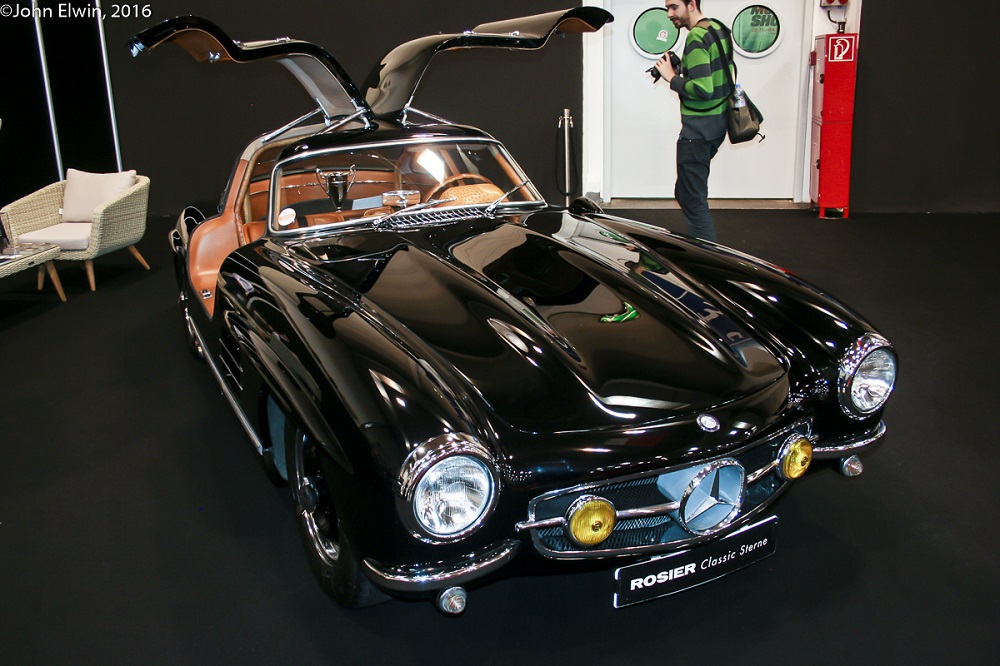 Another Gullwing to attract a lot of attention was a black example being shown by Rosier Classic Sterne from Oldenburg. Despite a rather sumptuous tan leather interior, and a roll cage, side-exit exhausts gave the game away that it also had a competition history. There was more intrigue, though. The business was founded some years ago when Thomas Rosier snr. had the opportunity to buy a Mercedes dealership and in the process of raising funds, he sold a Gullwing that he owned at the time. 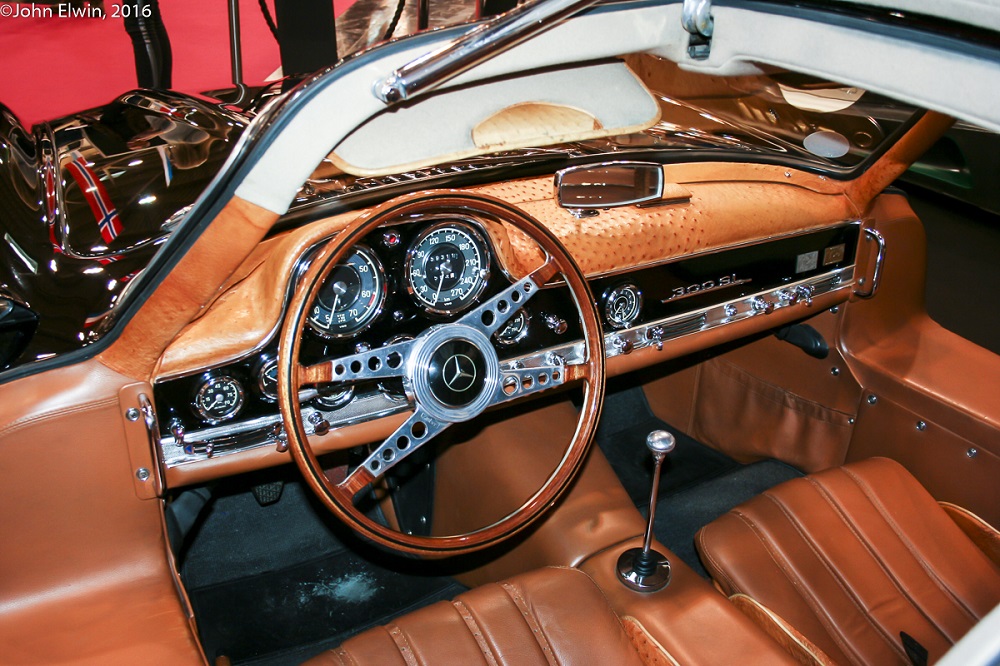 His son, also Thomas, joined him in the business and over time they built-up a network of companies employing some 800 people. Now in overall charge, Thomas jnr. sold most of the business to concentrate on classics. As part of that plan, he sourced some cars from America, amongst them the black Gullwing. Imagine his surprise when researching the history of the car, he discovered that it was the very Gullwing owned and sold by his father all those years ago! 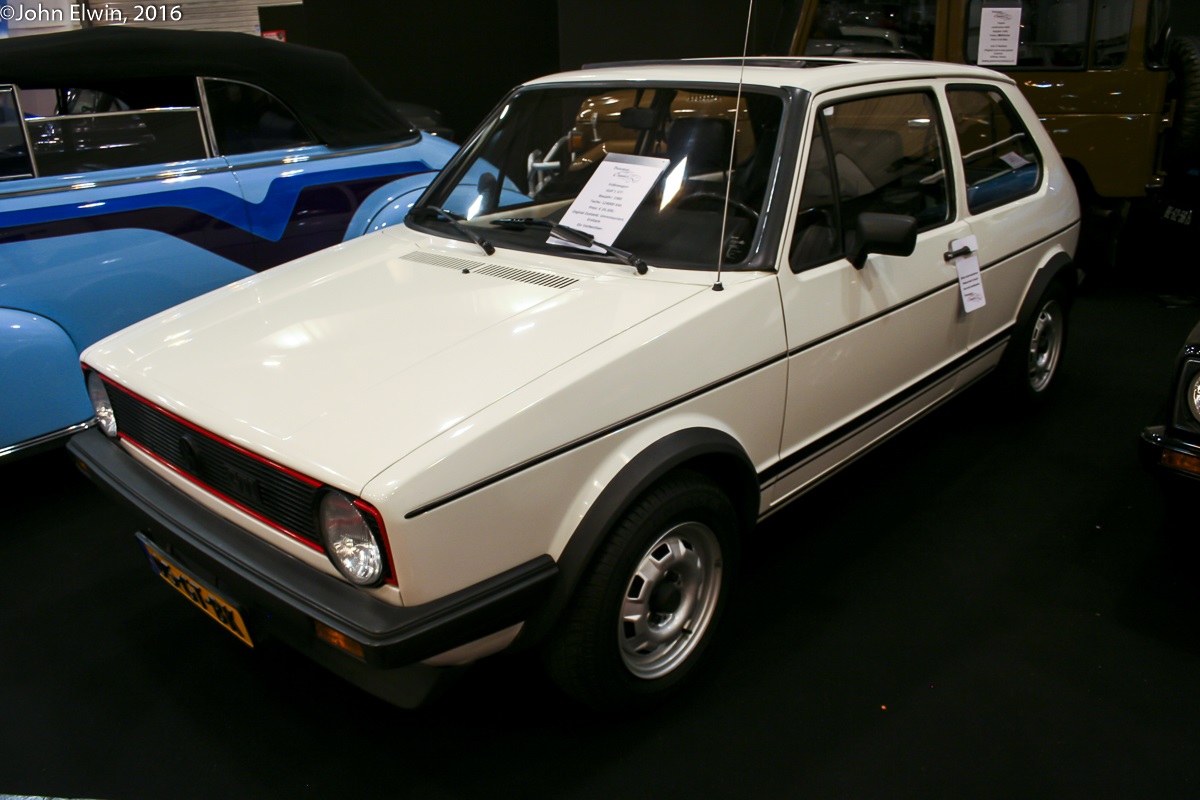 The VW Golf Mk1 is at the other end of the extreme from Gullwing Merc’s but a very original GTi was attracting a lot of interest on Dutch dealer Potomac’s stand, leading one journalist colleague to excitedly ‘phone a friend’ whom he knew was looking for one. As he pointed out, to find a good original Mk1 Golf GTi is more difficult than a Gullwing Mercedes – there’s plenty of those for sale! 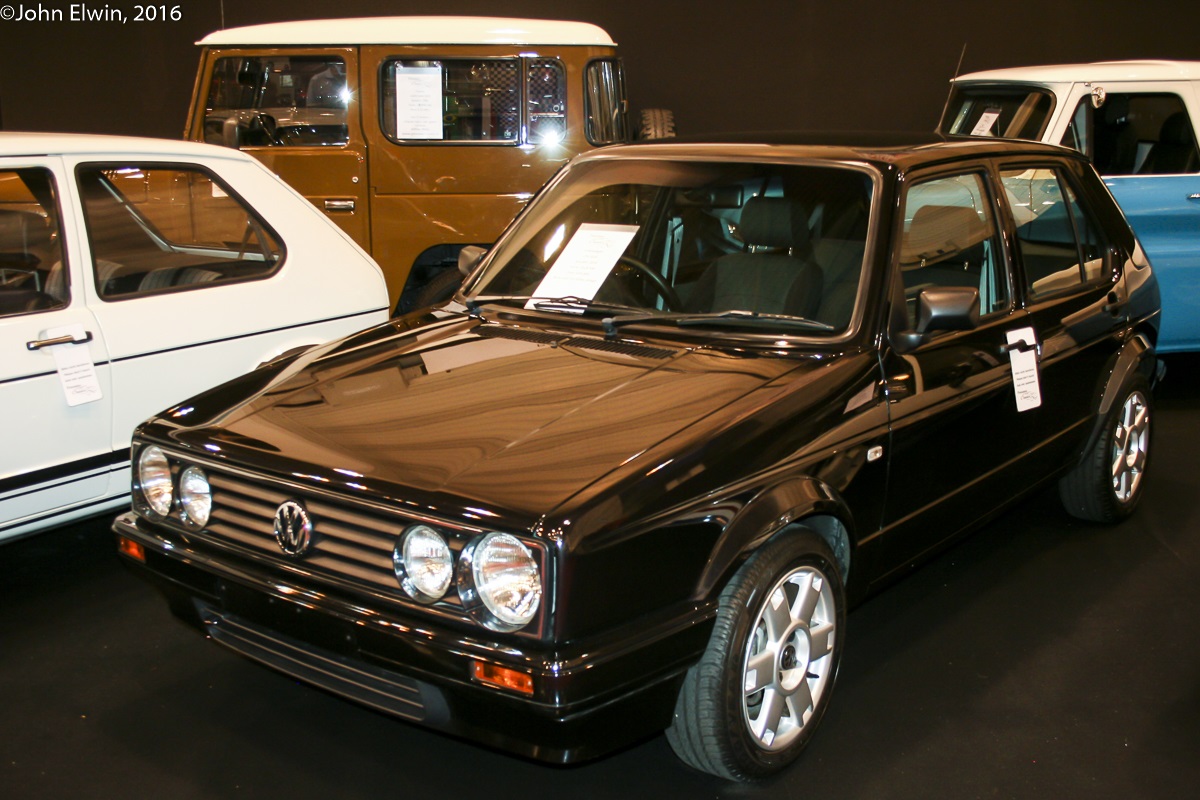 Alongside the GTi sat a 2010 (that’s correct) Mk2 Golf 1.8 with just over 6,000km on the clock, and what’s more it was right-hand drive. It transpired to be a South African-built car and Potomac anticipates selling it in the UK. Asking price is €24,000… 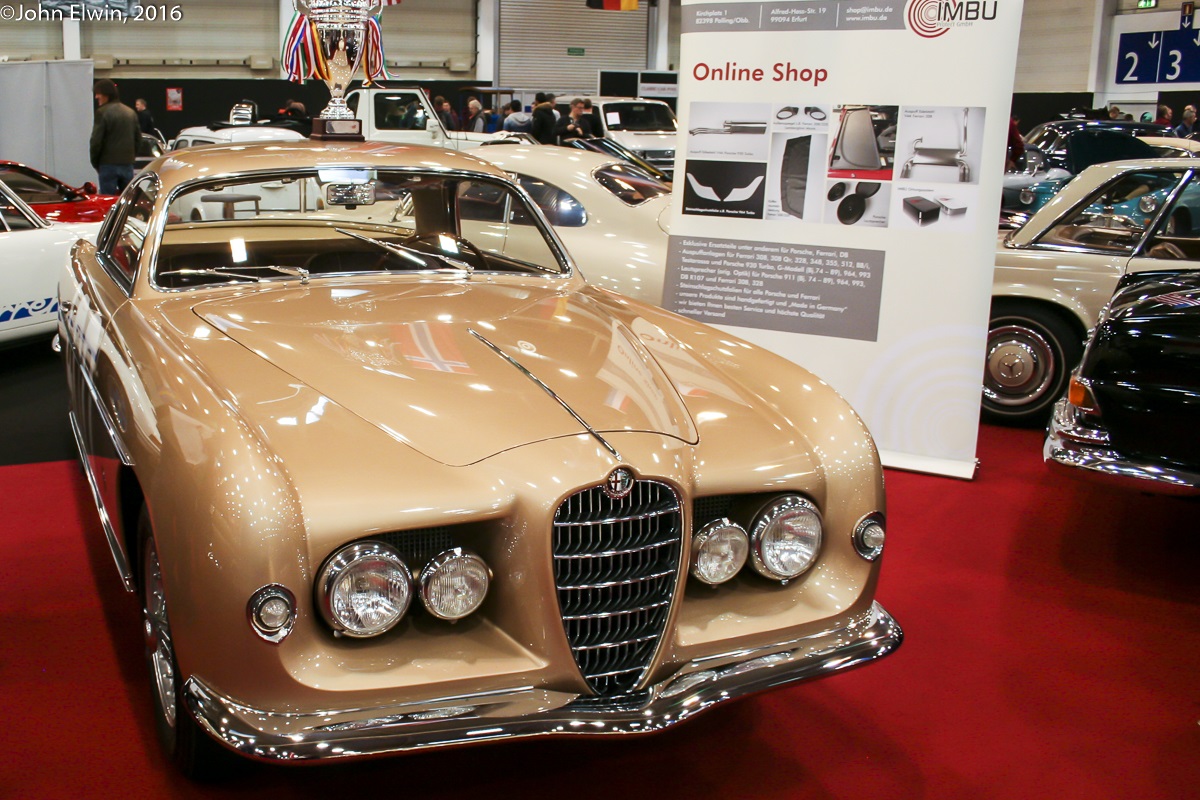 That however was a lot less than the sticker price on the very rare Alfa Romeo unanimously chosen by the jury as ‘Best in Show’. As a member of the jury, I cannot remember an occasion when every single member chose the same car. The car in question was a 1953 Alfa Romeo 1900C Sprint Supergioiello, the last of 18 such cars built by Ghia. 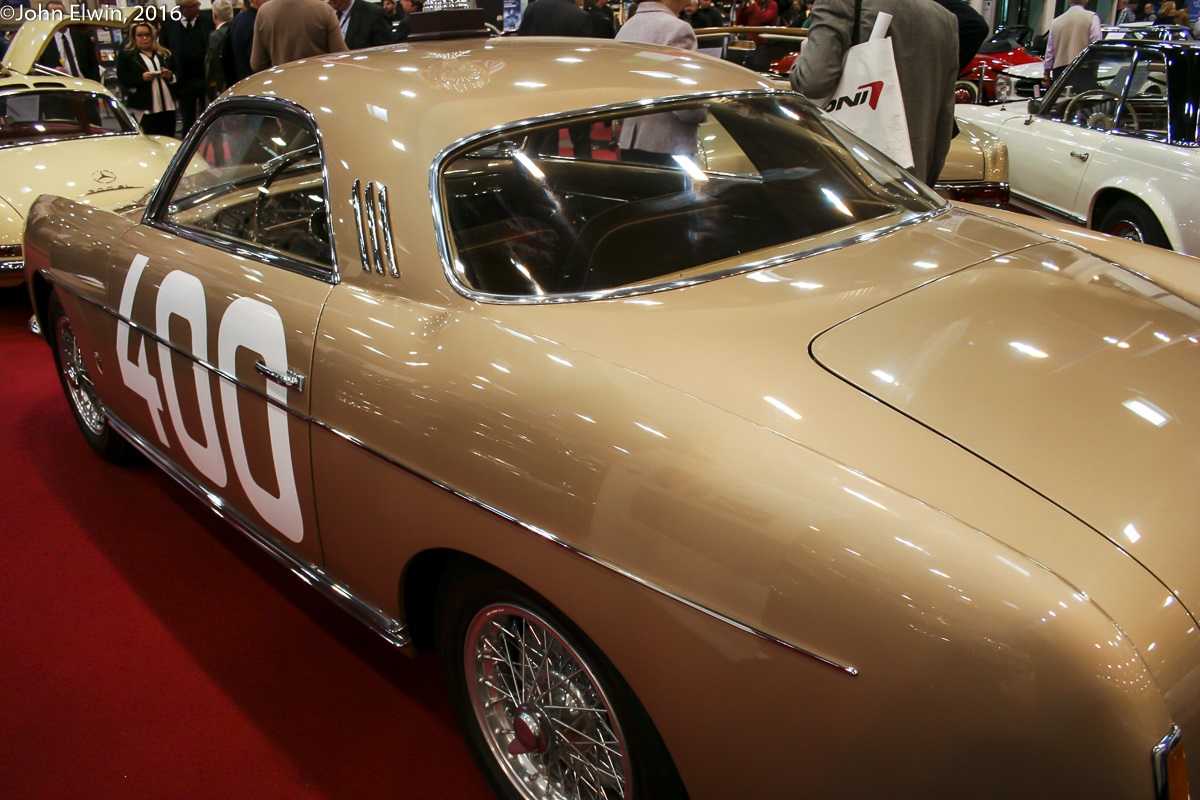 It was sold new to a Spanish owner who rallied it extensively, including taking part in the 1955 Monte Carlo Rally, hence the ‘400’ on the door – it’s start number in that rally. 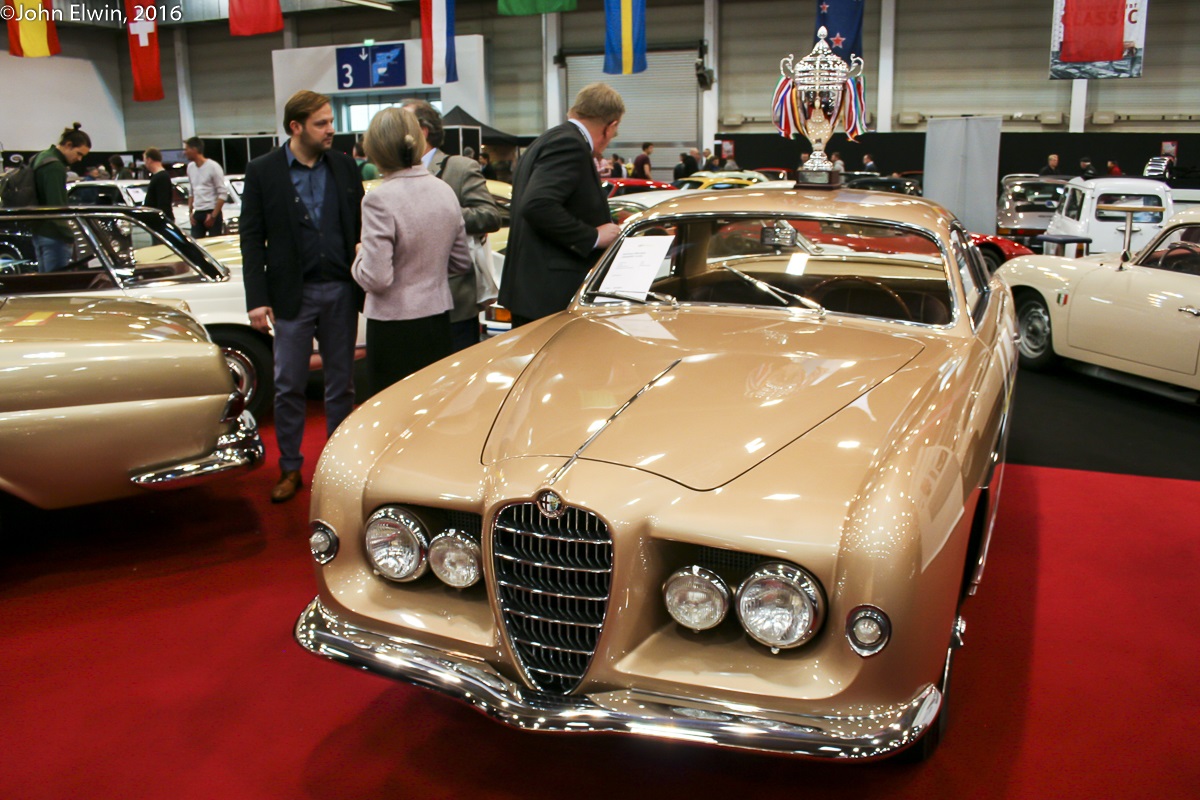 Having spent most of its life in Spain and Portugal it underwent restoration in Italy and is now with IMBU Classics in Holland, who have it on offer for €599,000. However, it failed to sell at auction in Monaco in May with a lower guide price. 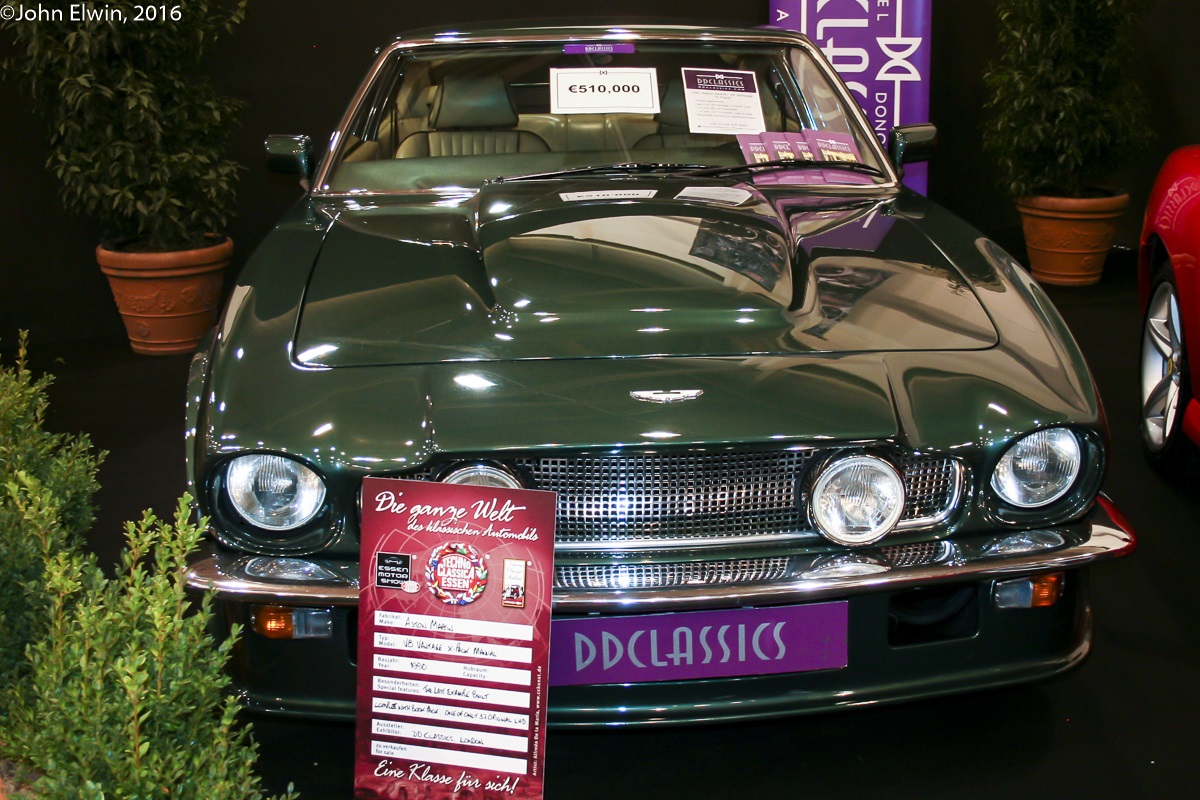 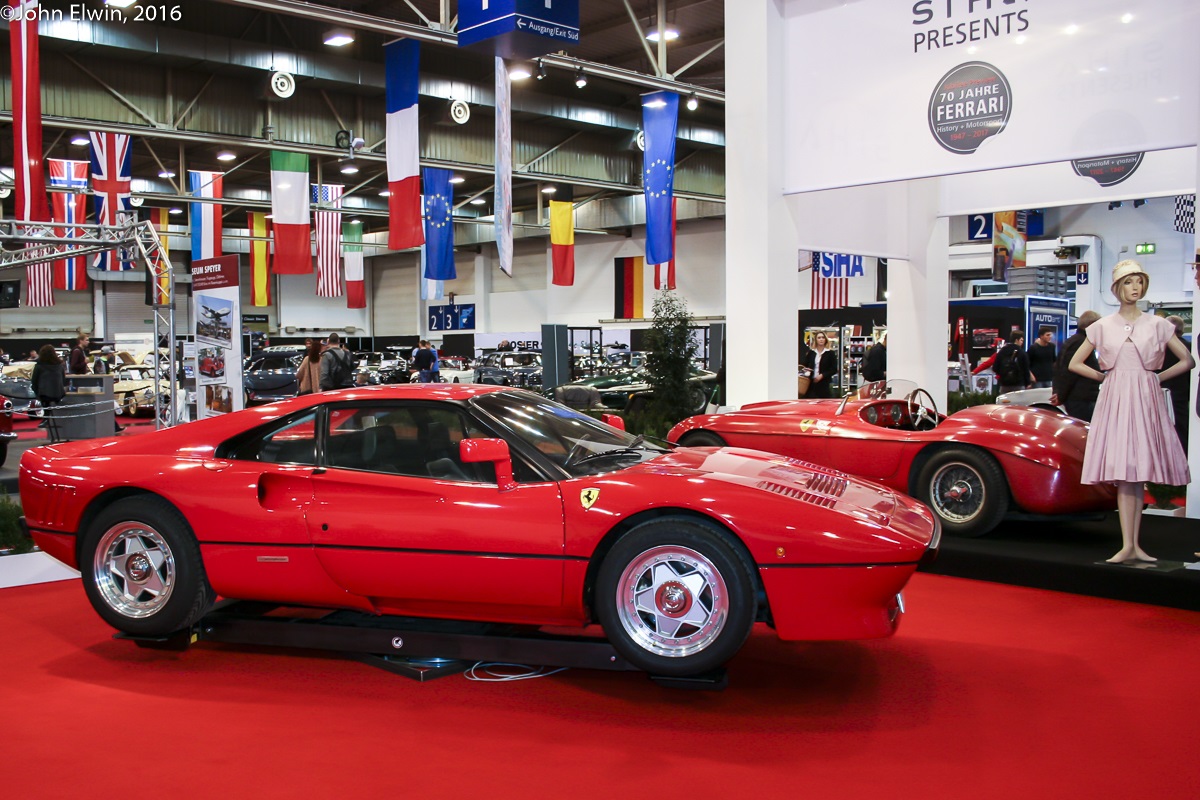 S.I.H.A.’s themed display this year featured Ferrari, with a fine array of machinery from the earliest days to the very recent FXX and LaFerrari supercars. 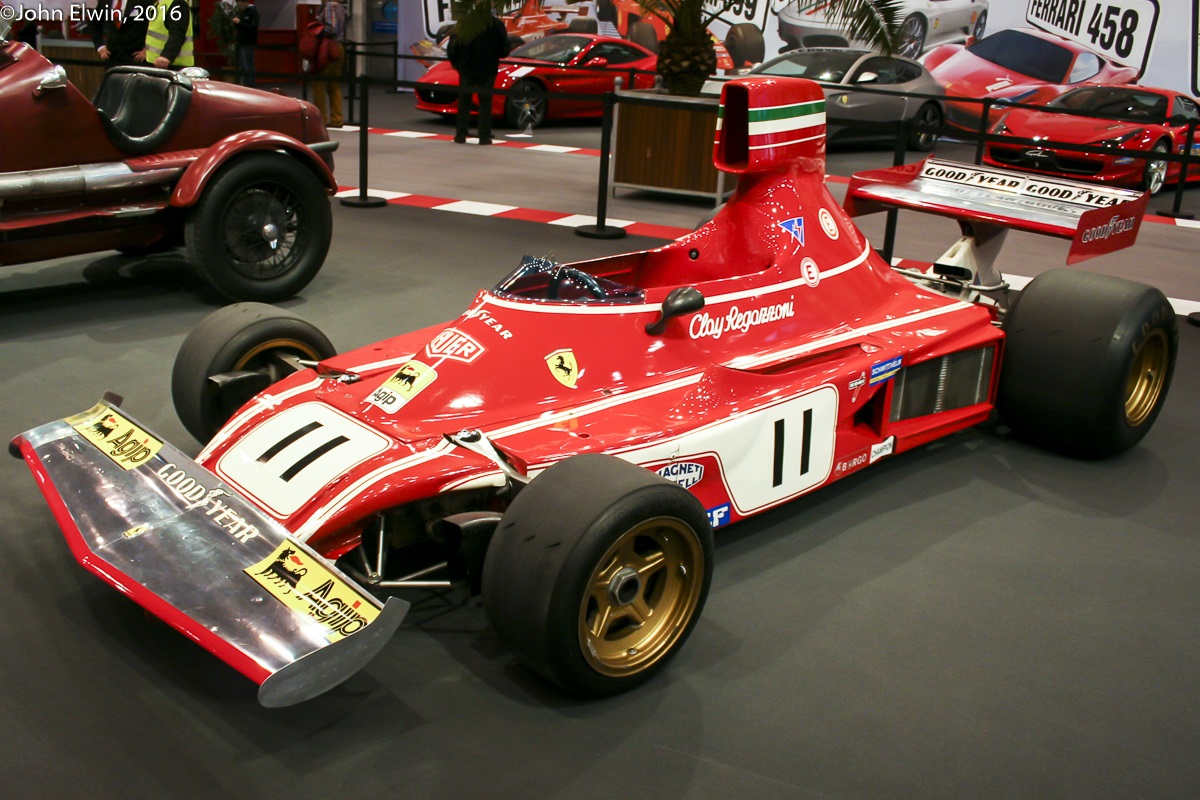 A Ferrari display featured elsewhere in the show too, with everything from Alfa Romeo Monza as raced by Ferrari before building his own cars, to more recent Grand Prix cars. 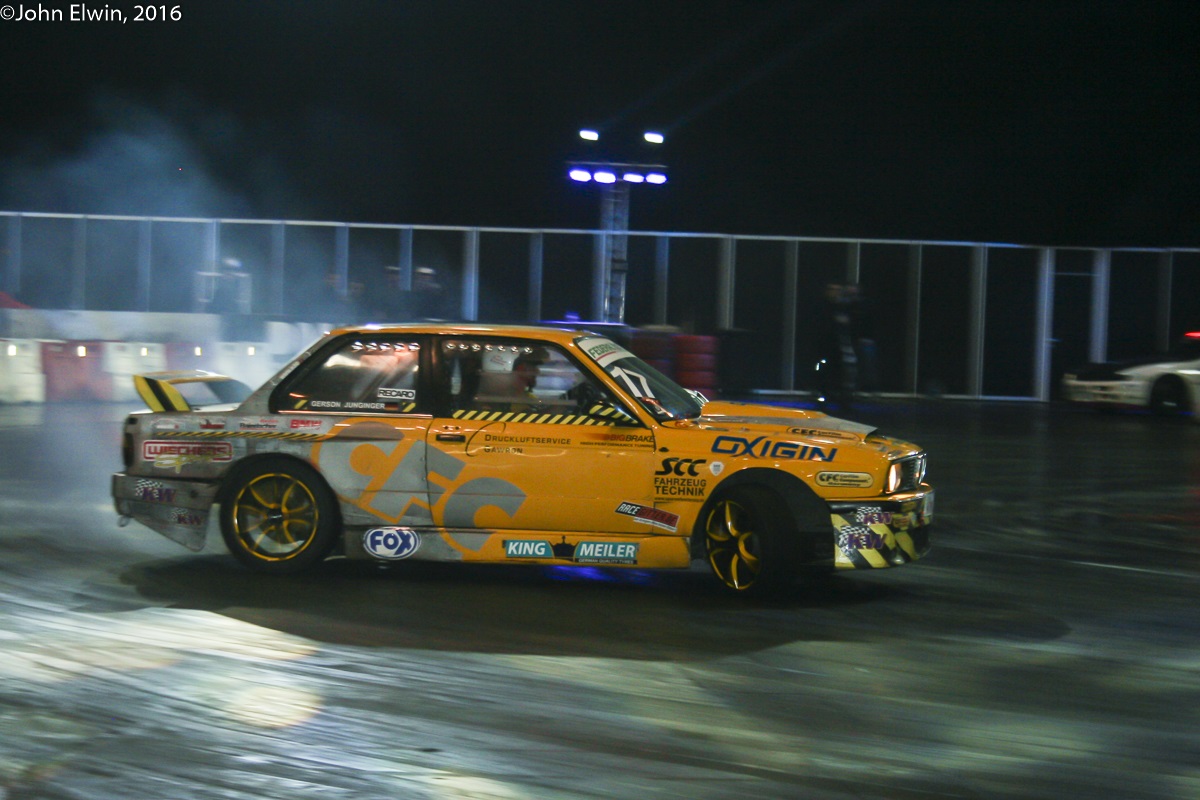 As befits a show that has its origins as The Jochen Rindt Show, motorsport plays an important part – that hasn’t always been the case in recent years. Live action, mostly of the Drifting variety, filled one hall. 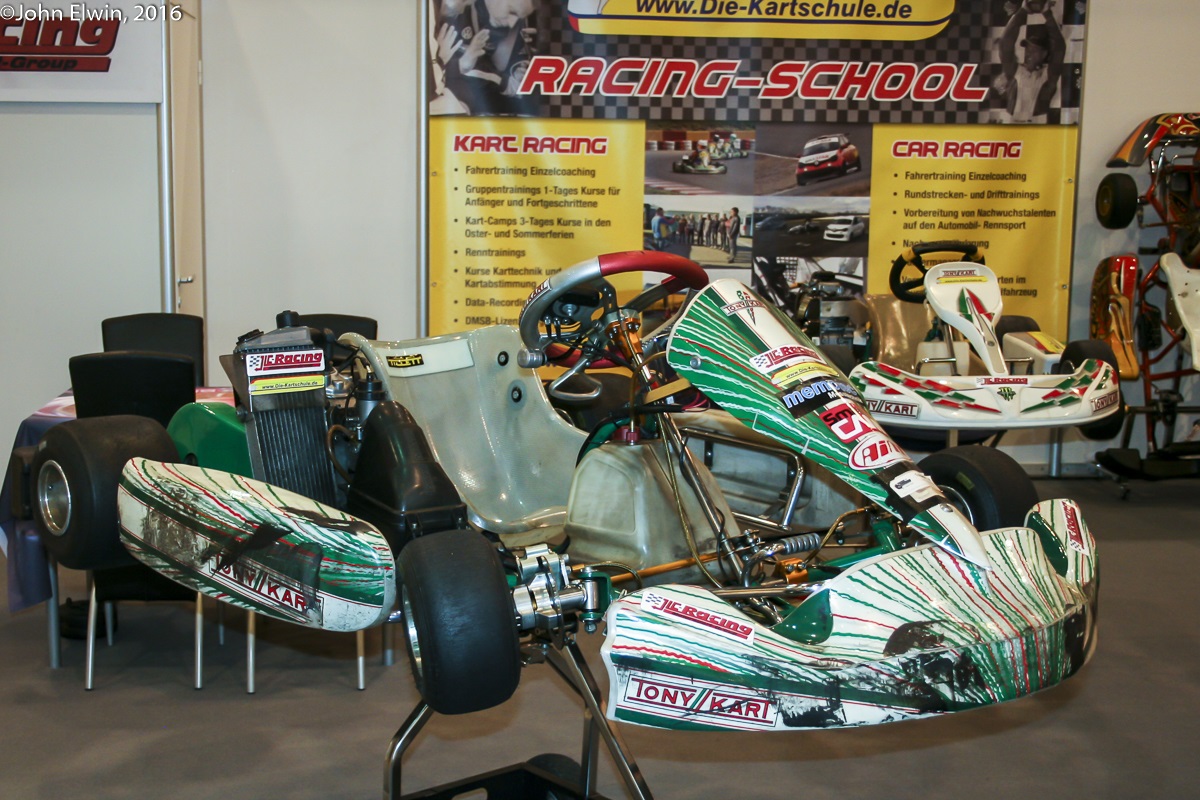 The adjacent hall was host to a variety of event organisers, car builders and preparers and suppliers, catering for everything from karting to NASCAR. 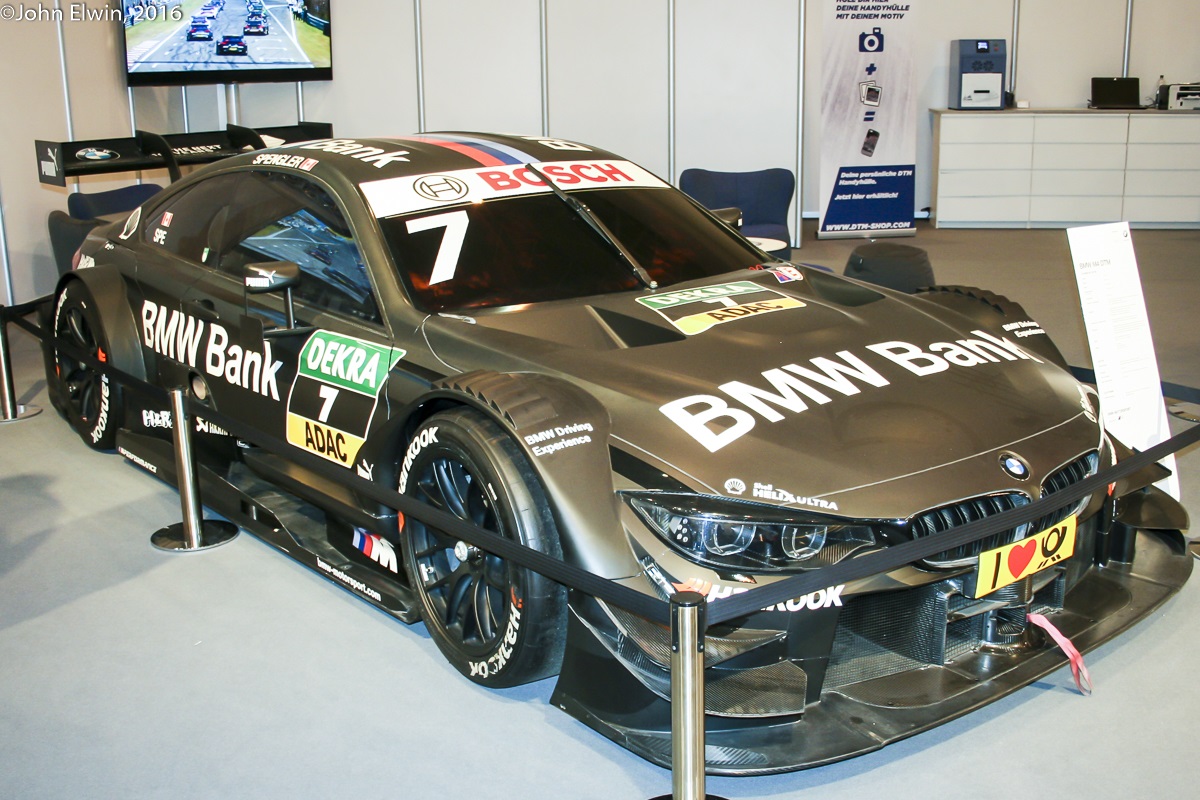 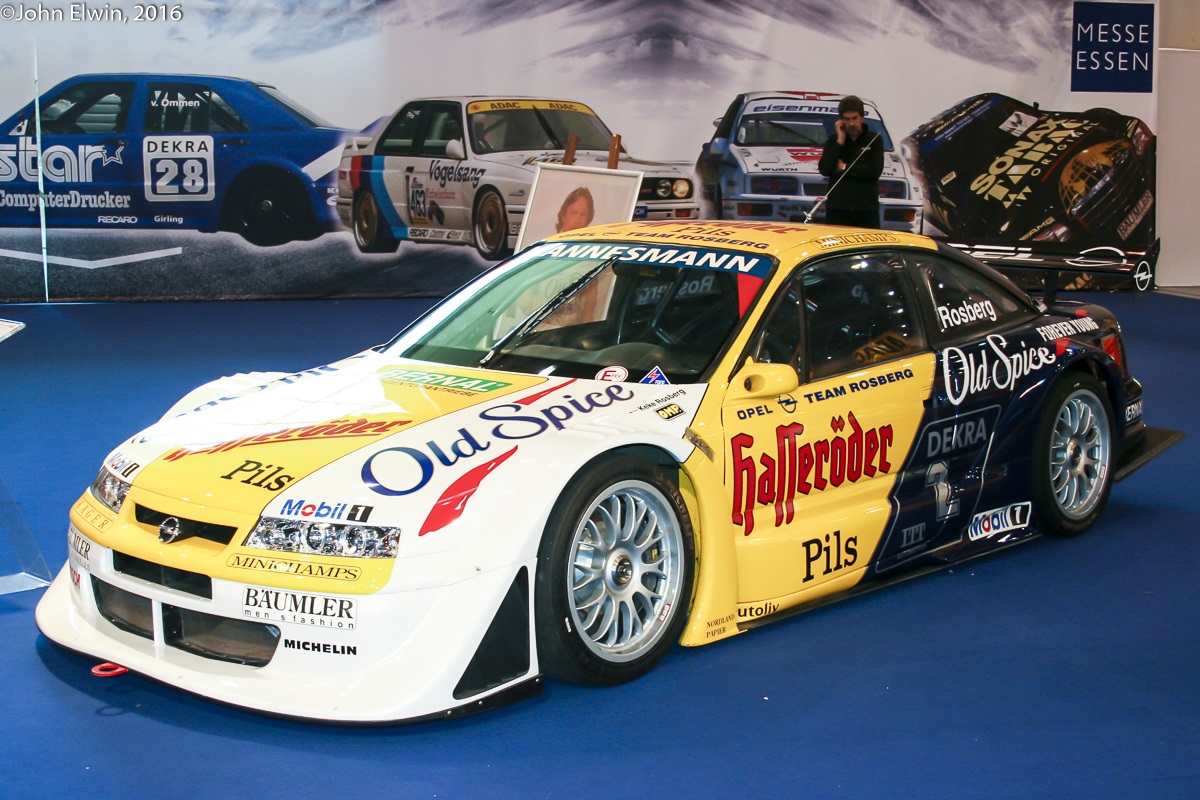 Curiously, whilst you could inspect an ex Keke Rosberg Opel Calibra, there was seemingly no evidence anywhere in Essen that his son Nico had just won the World Championship for Mercedes. Likewise, you’d never know that VW had just won the World Rally Championship, or that Audi and Porsche had dominated endurance racing. With Audi bowing out of the WEC, what a great opportunity it would have been to mount a display of the cars that have brought the company so much success since 1999. Opportunities missed? And on another front, whilst a prominent feature displayed electric cars, why on earth are not the likes of Mercedes and Audi shouting from the roof tops about the amazing advances in engine technology they are making through motorsport? 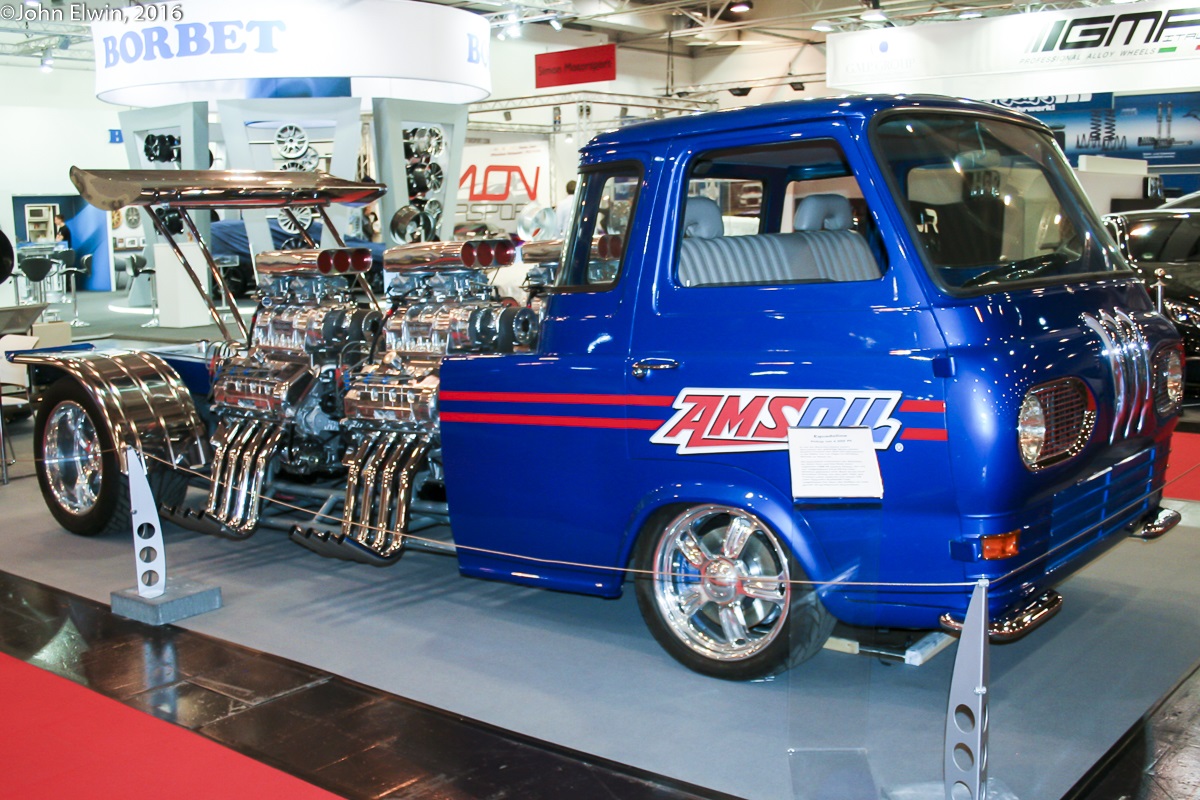 Needless to say, some very different forms of motive power were on display amongst the custom car exponents. How about a Ford Econoline truck with four – yes, four! – engines mounted on the back. 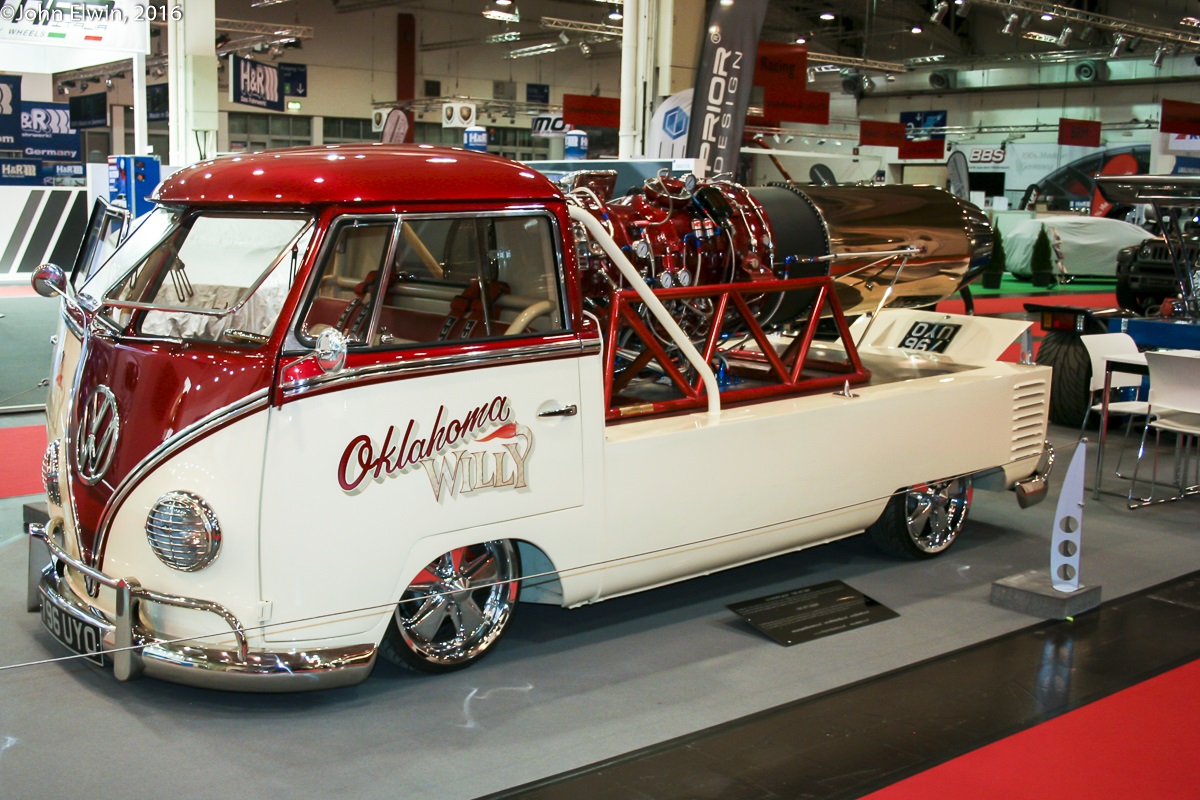 And if that wasn’t enough for you, alongside it was a VW pick-up sporting a jet engine. Not much good for load-lugging but it would have got you to your destination quickly, especially if the route was a straight line. 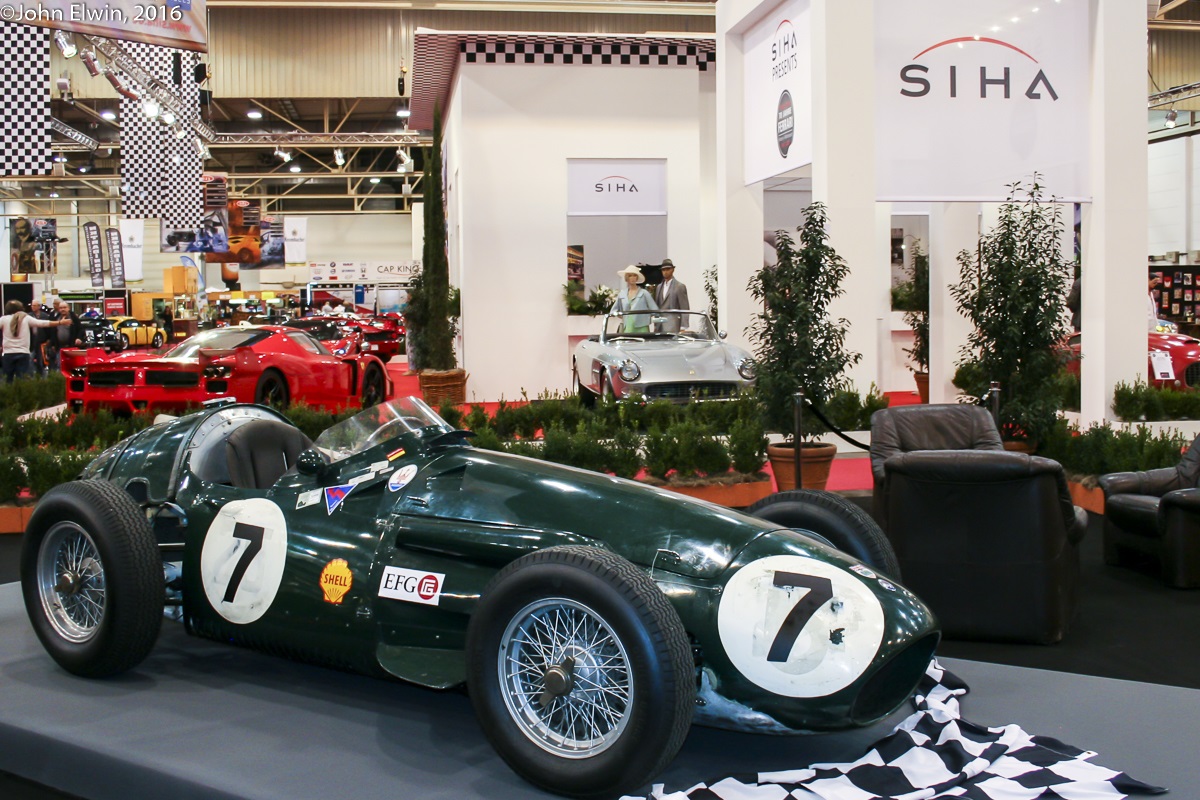 Essen Motor Show was for long the bastion of the powerful German tuning industry. That is less apparent now, but the likes of Brabus and AC Schnitzer with their take on the latest offerings. 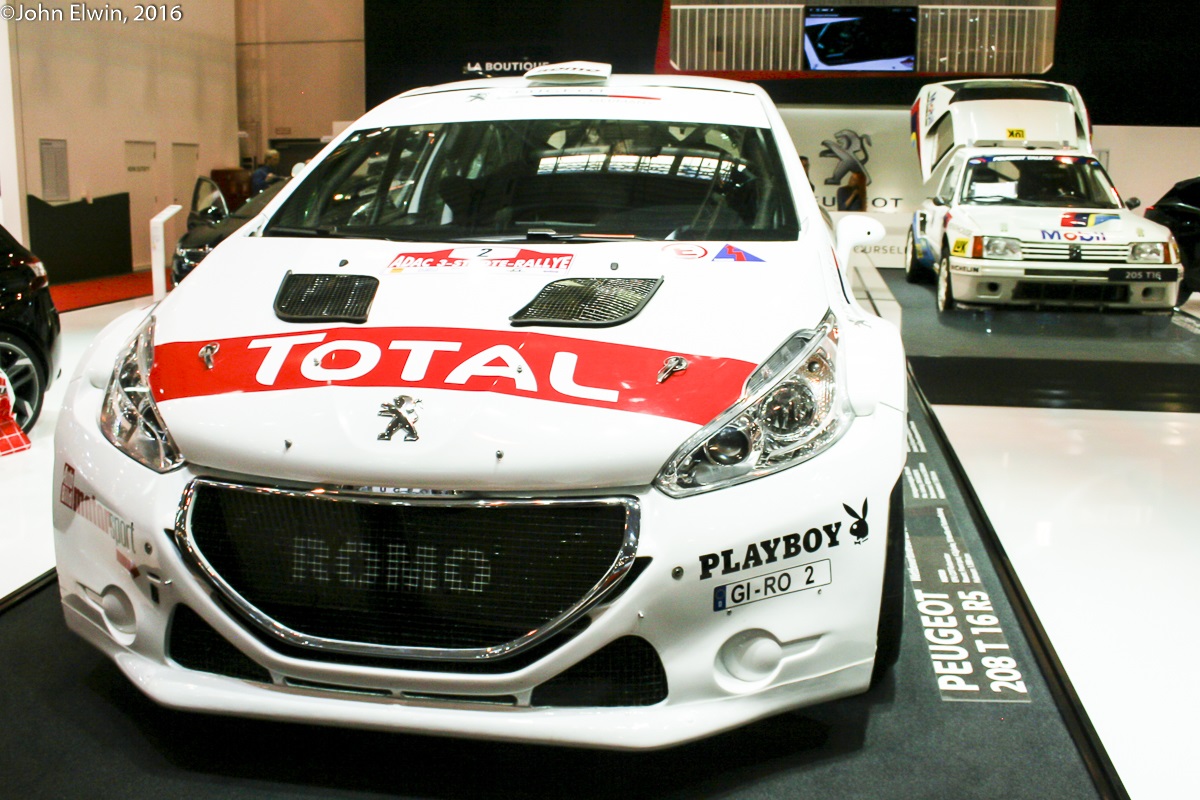 There’s always plenty to see at Essen, so why not go and have a look for yourself? With next year being the 50th show, there are bound to be some extra treats too.

Before that, we have Techno Classica Essen, not to be missed by any classic fan.