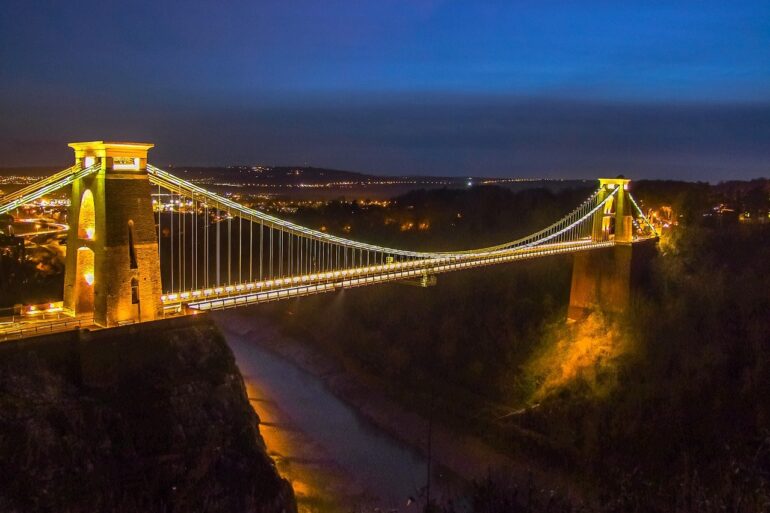 Bristol is set to be the first UK city to trial flying taxis—in as little as two years. The flying taxi project has just received backing from the UK government and the intention is that passenger drones will fly people over the city’s traffic.

The technology behind the project is provided by Vertical Aerospace, who has received a £2.5million grant to test the feasibility of the project, with a target of 2023 for a trial of the flying vehicles. The company is based in Bristol and will be collaborating with the West of England Combined Authority and air mobility firm Atkins.

The flying taxi project has received partial funding from the Government’s Future of Flight Challenge, which aims to demonstrate innovative ways to achieve greener flight and devise new ways to travel, with increased mobility, better connectivity and reduced congestion.

Businesses are invited to join the challenge and can apply for funding to help revolutionise aviation as part of a £125 million project.

A spokesperson for the project said: “It will establish viable markets and business cases for these services and seek to understand public perceptions and attitudes towards eVTOL (electric vertical take-off and landing) aircraft.

“These activities aim to culminate in a series of full-system demonstrations in live airspace across the region.”

Bristol Airport has been signed up to act as the ‘principal support airport’, with smaller airports in the area being invited to enroll in the project too.

Advanced Air Mobility Lead at Atkins, James Richmond said: “As we look to the future of travel, it’s now more important than ever that we begin exploring more sustainable methods of transport within our increasingly populated cities.”

“This an important and tangible step towards making Advanced Air Mobility a reality, and by demonstrating that we can provide a case for air taxis, we could begin trialling these services as early as 2023.”

“This air taxi trial brings both those ambitions together and is a significant step in cementing the UK and the West of England as leaders in air taxis.

“Doing things differently is in our region’s DNA and I’m proud we are once again leading the way on yet another exciting new technology, building on our region’s global reputation as a worldwide aerospace hub and supporting our low carbon objectives for the region,” he concluded.