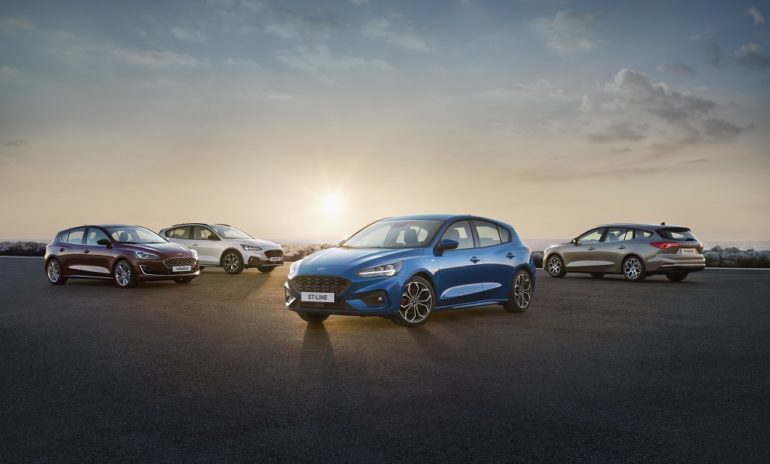 Ford has launched perhaps the most important new car of the year, with the all-new Focus expected to pick up from where its three predecessors have regularly been found – in the top five of the sales charts as well as the critics’ choice.

The fourth-generation Focus arrives 20 years after the first, Escort-replacing model was unveiled. The original Focus revolutionised the family hatch sector, offering levels of interior space and practicality that none of its rivals could offer, whilst offering class-leading levels of ride and handling. Both of its successors have continued the formula, whilst offering greater comfort and equipment standards. 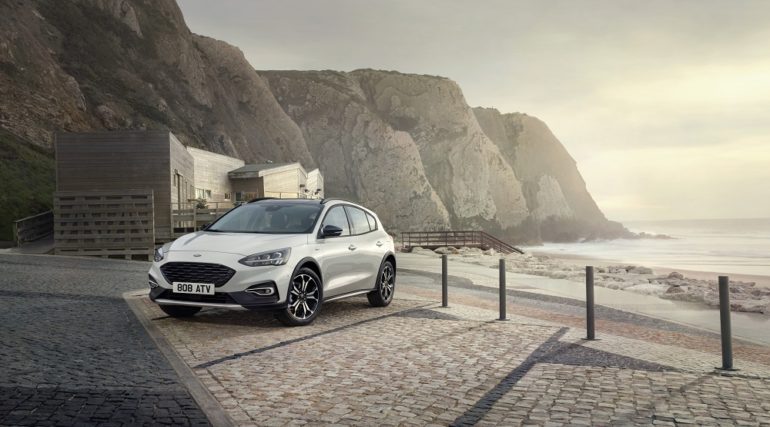 Ford typically describes the new Focus as a ‘game-changer’, whilst hailing a new human-centric design philosophy. On the face of it, the latest model bears more resemblance to BMW’s 1-Series than the previous Focus line, with its near-vertical hatch and mature styling. With the next 1-Series set to be based on a front-wheel-drive platform, the two models could be set for a head-on battle in the not-too-distant future.

Inside there’s a nod to Peugeot’s move towards uncluttered interiors with a clean cockpit that shifts the driver’s attention towards the road ahead. Ford says that interior space was gained by extending the wheelbase, whilst retaining similar exterior dimensions and, crucially, saving weight.

The new Focus is filled with technology; it’s the first Ford car to come with WiFi, and there’s connectivity for up to 10 devices, some of which can be charged wirelessly whilst in the car, plus a heads-up-display. 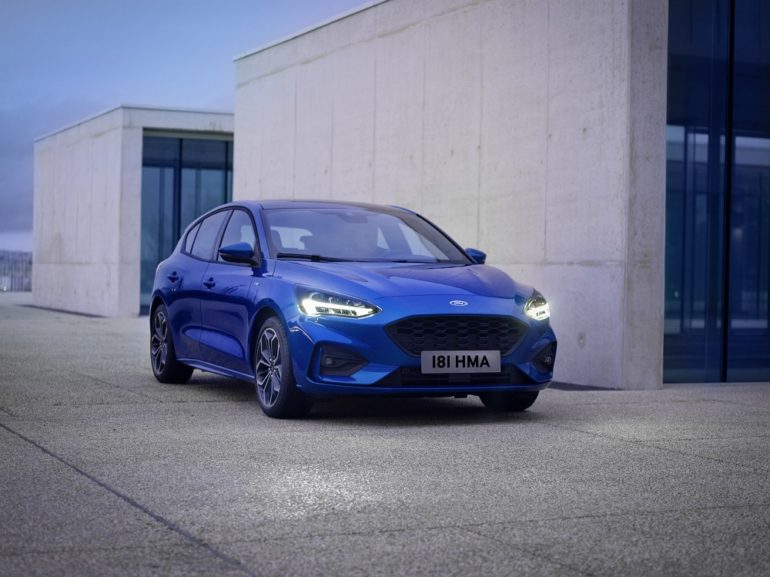 There’s plenty of tech for the driver too; fully-automated parking takes the strain out of town driving, and the new Focus has some exciting new driver-assistance features. The adaptive cruise control system works with radar and cameras and is fully integrated with the automatic gearbox models to also allow use in stop-start traffic. There’s lane-centring too, and auto-speed control that integrates with the sat-nav to determine speed limits. Best make sure maps are kept regularly updated, then.

Ford will offer four models of Focus, which include a crossover Active version that sits 30mm higher on the road and the sporty ST line as well as Titanium and the more luxurious Vignale. There will be two bodystyles only; the five-door hatch and a spacious estate. 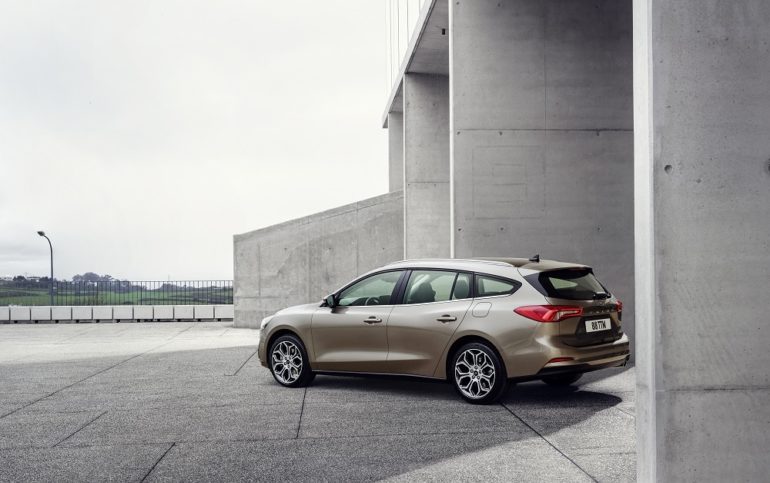 Engines include Ford’s multi-award-winning 1.0-litre EcoBoost unit in various states of tune, as well as the new 1.5-litre EcoBoost engine. Fuel-efficiency and emissions have been enhanced with an innovative cylinder deactivation system for a three-cylinder engine, which is employed when full capacity is not needed, such as when coasting or cruising.

Diesel buyers will get Ford’s new turbocharged EcoBlue units with more power and torque at low rpm, as well as enhanced fuel-efficiency and refinement for higher-mileage drivers. Economy on all models is helped by best-in-class slippery aerodynamics, low-rolling resistance tyres and transmission systems. 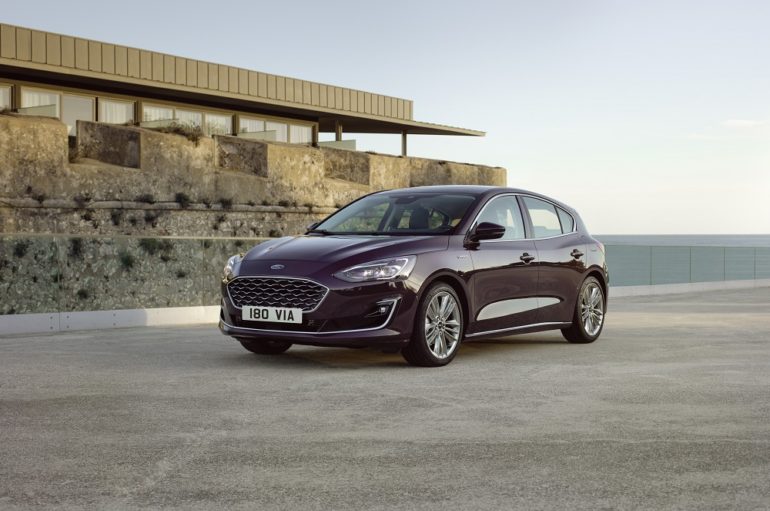 All Focus models will have normal, sports and eco driving modes, and these will affect the steering weight and throttle map as well as transmission on the automatic models. Unusually, the cars will have different suspension according to which engine it has fitted; the 1.0 petrol and 1.5 diesel will get a twist beam rear axle, whilst higher-spec models will have a rear double-wishbone set-up designed to improve comfort – these cars also have optional adaptive dampers available that respond to the driving modes. The estate’s suspension uses lower and wider dampers to increase the luggage volume to class-leading standards.

The new Focus will be on sale from £17,930, and deliveries are expected from September in time for the new 68 plate.