Ford Puma Crowned 2020 What Car? Car of the Year • Surf4Hub News and Blogs 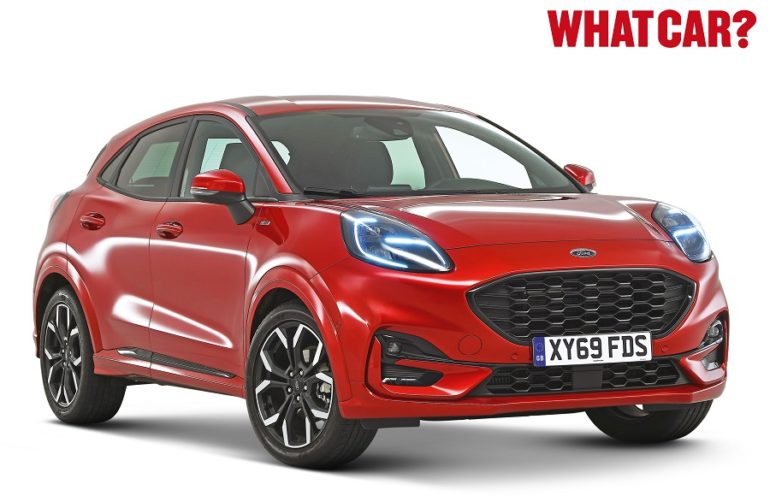 What Car? has named the new Ford Puma as its 2020 Car of the Year during its 43rd annual awards ceremony, held in association with MotorEasy at the Grosvenor House, Park Lane.

The first Ford to use the Puma name in almost 20 years, it took the top prize after triumphing in the Small SUV category, where it saw off competition from models including the Audi Q2 and Skoda Kamiq.

Rivals for the overall Car of the Year title included the Skoda Scala, Range Rover Evoque and Tesla Model 3 among others, reflecting the diversity of new cars launched during the past 12 months.

The judges praised the Puma for being fun to drive, cleverly packaged and well priced. Additionally, What Car?’s independent True MPG tests showed it to be extremely economical in real-world driving, thanks to its mild hybrid technology.

What Car? editor Steve Huntingford said: “As a small SUV, the Ford Puma competes in one of the fastest-growing sectors of the car market. Crucially, it also excels in all the areas that are important to buyers, according to our research.

“Thanks to its sharp handling, gutsy engine and clever mild hybrid technology, it offers a mix of fun and frugality not previously seen among its competitors. Plus, it’s as practical as it is stylish. In short, the Ford Puma is truly outstanding.”

Victory at the 2020 What Car? Car of the Year Awards marks the sixth time Ford has taken home this prestigious accolade – but the first time it has won since 2009, when it triumphed with the Ford Fiesta.

Roelant de Waard, vice president, Ford of Europe Marketing, Sales & Service, said: “It’s a great honour for the Ford Puma to be named as What Car?’s Car of the Year 2020. We’re all excited to see the return of the Puma name on a stylish and dynamic crossover that reflects today’s customer aspirations.

“Puma blends practicality with performance and fuel-efficiency from its choice of 1.0-litre, 125PS or 155PS hybrid options. To receive such high praise from industry experts like What Car? kicks off the year to a great start. This is Ford’s sixth What Car? Car of the Year win, and we are thankful for the continued support What Car? has shown Ford.

“We would like to extend our congratulations to all those who took home category awards, and we all look forward to our market improving in 2020.”

Elsewhere, it was a hugely successful night for BMW, with its latest 3 Series winning Best Executive Car, Best Plug-In Hybrid and the Safety Award, while the bigger 5 Series was named Best Luxury Car.

Audi and Skoda were also recipients of multiple awards, with the Skoda Scala named as the Best Family Car and the Skoda Superb the Best Estate. Audi won the Best Luxury SUV award with the Q7, and Best Coupe with the TT.

The prized Reader Award, voted for by the public and given to the most eagerly anticipated new launch of the year ahead, went to the new Land Rover Defender. The brand saw further success with the Range Rover Evoque awarded Best Family SUV.

Citroën and Volkswagen were among the manufacturers to receive the same award in consecutive years, with the Citroën Berlingo named Best MPV and the Volkswagen Polo retaining the Best Small Car title.

Duncan McClure Fisher, CEO of headline sponsor MotorEasy, said: “It is a privilege to be so closely involved in the 2020 What Car? Car of the Year Awards. Both MotorEasy and What Car? share the same driver centric approach to motoring.

“Each year What Car? highlights the leading models to look out for over the next 12 months, and gives a great insight into what cars will be bought over the year. This insight enables MotorEasy to help it’s members to better protect and maintain their cars.”

For more information on the overall 2020 What Car? Car of the Year and all the other award winners, visit: https://www.whatcar.com/awards/