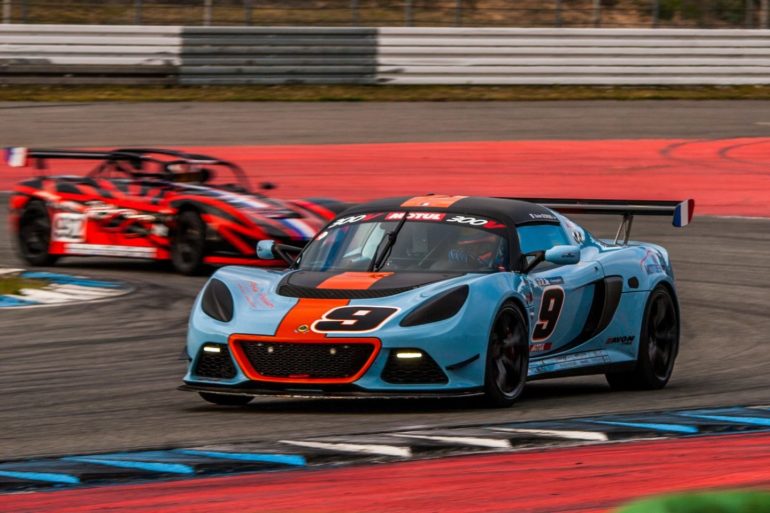 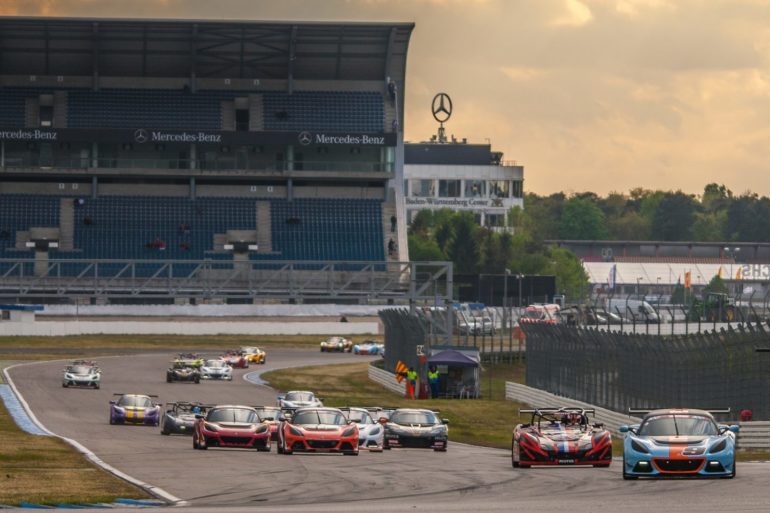 Following a clean sweep of both practice sessions and pole position in qualifying, Georges surged into an early lead in the first encounter, and his Exige V6 was never headed. Fellow front-row starter Lisandre followed in his 2-Eleven but could not close the ever-expanding gap to the leader, so had to settle for second place ahead of the Exige V6 of Swede Tommie Eliasson.

Lisandre made a better getaway in the second race, but Georges used the superior power of his sixcylinder engine to claim the race lead early on. However his weekend would be over with a puncture soon after half-distance, and the 2-Eleven driver duly inherited the win. There was an exciting tussle for what would become second place, with Britain’s Steve Williams picking off his opponents to clear the pack in his Evora, almost catching the winner in the process. Belgium’s Thierry Verheist completed the podium, having fought alongside Williams, Hungarian Bence Balough, Eliasson, Belgian John Rasse and Frenchman Jean-Baptiste Loup. 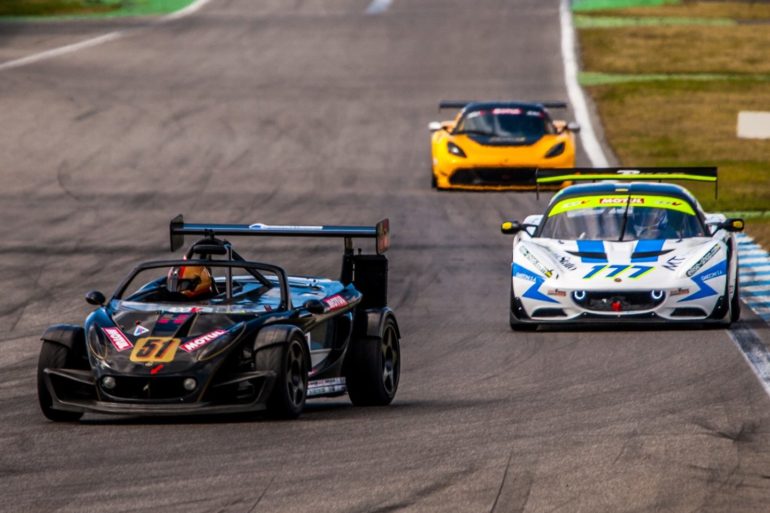 In the Open class, Britain’s David Harvey claimed a brace of wins in his veteran 340R, including a thrilling battle with chief rival Sharon Scolari. The Swiss racer took an early lead in the second race, but had to settle for second in category. Meanwhile Jason McInulty leads the Production class having beaten Swede Sven Petterson in the opening contest, and Frenchman Thierry Hedoin in the second. Belgian Philippe Vanpevenaeyge completed the first podium and Petterson the second. 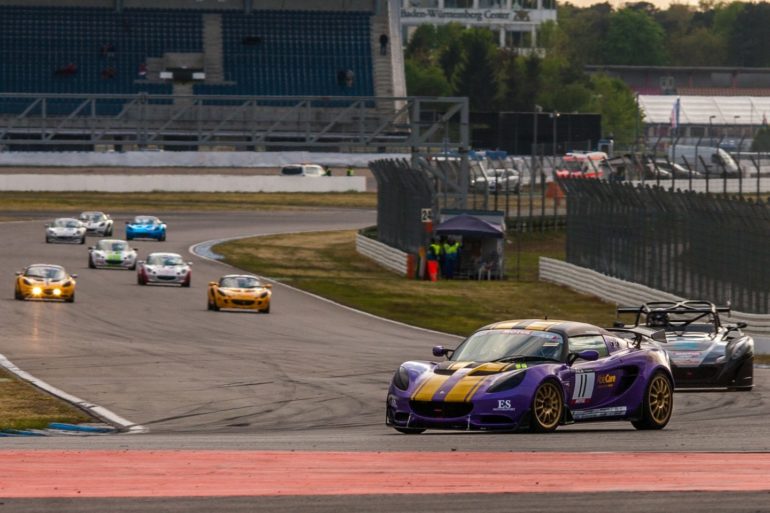 The championship moves on to Britain, and will support the Blancpain GT Series Sprint Cup at Brands Hatch on 6/7 May. 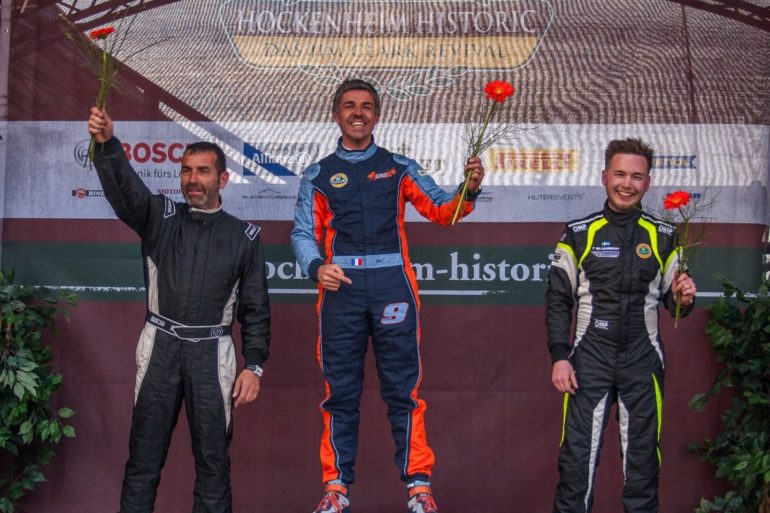 Georges celebrates his race one win from Lisandre (L) and Eliasson.

Sir Roger Moore – the Man and his Motors