We’ve become used to Britain’s police cruising around in high-end motors – they seem to have a particular fondness for Merc’s and BMW’s – but they’ve a way to go to match their stylish Italian counterparts. 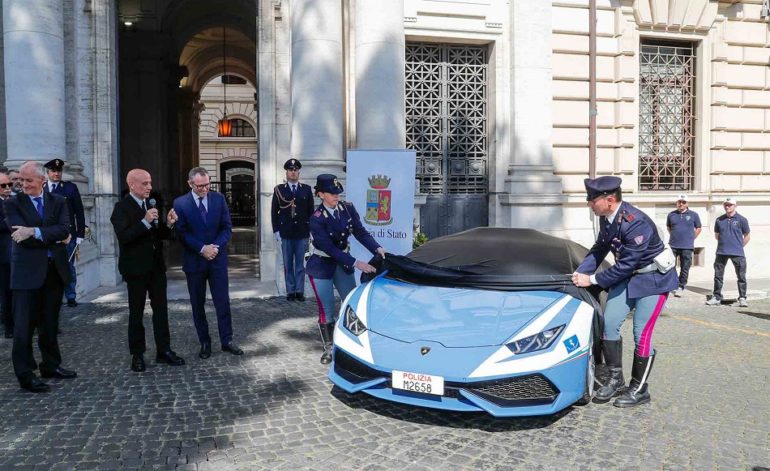 The Italian State Police have just taken delivery of a brand new Lamborghini Huracan, and it’s not their first. The specially adapted 6.2-litre V10-powered Huracan, painted in the familiar blue and white livery, albeit adapted to the Huracan’s styling cues, was handed over by Lamborghini’s CEO Stefano Domenicali during a ceremony at the Interior Ministry in Rome. However, it is set to go into service with a Bologna-based highway patrol team, close to Lamborghini’s headquarters. 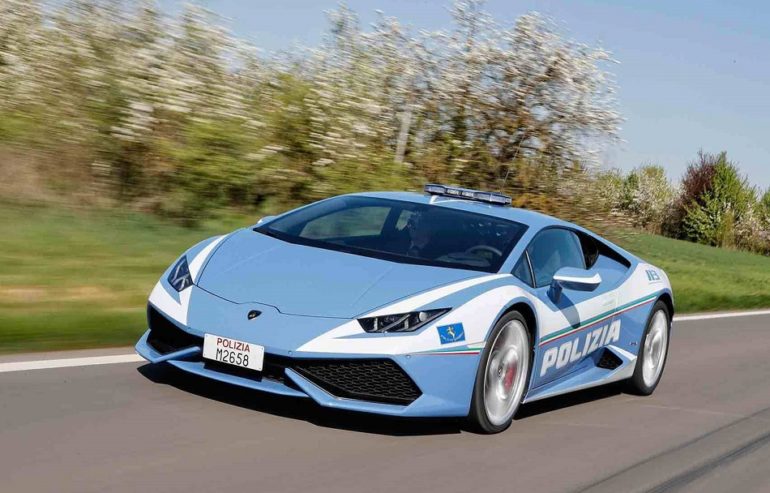 Fitted out with on-board recording equipment and cameras, it will also perform the role of high-speed transport of blood and organs, having a refrigerated compartment for the purpose in the cars’ front luggage area. It also comes with other medical equipment such as defibrillator. Lamborghini’s already have a proven record of life-saving whilst serving with the Italian police. 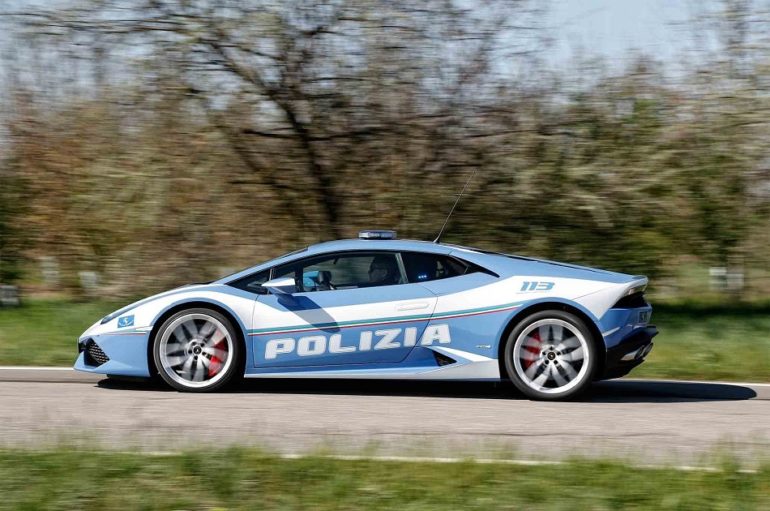 Plan Your Year at The Watermill