Fans of both two- and four-wheel motorsport are this afternoon mourning the loss of a hero with the passing of John Surtees at the age of 83. Surtees was famously known as the only person to win World Championship titles on both two and four wheels. He won motor cycling’s 500cc World Championship no less than four times, the first time at the age of just 22 in 1956 whilst riding for MV Augusta. The combination went on to repeat the feat three more years in succession in 1958, 1959 and 1960. 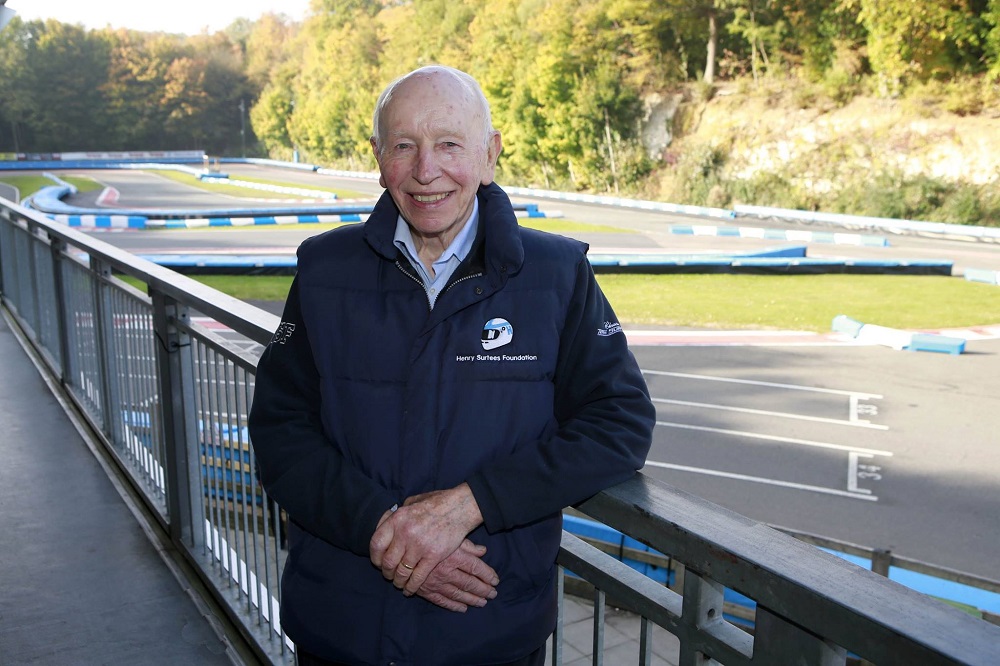 Remarkably, in 1960 he combined his successful ‘bike campaign with a switch to cars, making his debut at the Monaco Grand Prix with Lotus and contesting three more GP’s during the season. By 1963 he was driving for Ferrari and the following year he won the Driver’s World Championship with two Grand Prix victories (Germany & Italy). The relationship was a stormy one and he eventually left, bringing Honda into F1 in 1967, again winning the Italian GP.

In 1970 he formed the Surtees Racing Organisation, building cars to compete in Formula 5000 and Formula 2 as well as Formula 1. He drove his last Grand Prix in 1972 before retiring from driving – as well as Formula 1, Surtees had also enjoyed success in ‘big banger’ sports car racing, most notably at the wheel of Lola T70’s

He continued to run his team until 1976. In more recent times he had concentrated on taking machinery from his collection of vintage ‘bikes to events such as Goodwood. In addition, he supported the racing career of his son Henry, who sadly died as the result of a freak accident during a Formula 2 race at Brands Hatch in 2009, when he was hit on the head by an errant wheel. Thereafter John did much to raise awareness of safety in the sport.

It has long been  a bone of contention within the sport that John Surtees did not receive the recognition many felt he deserved, beyond being awarded the CBE. Sadly, the opportunity to redress that situation has now been missed.