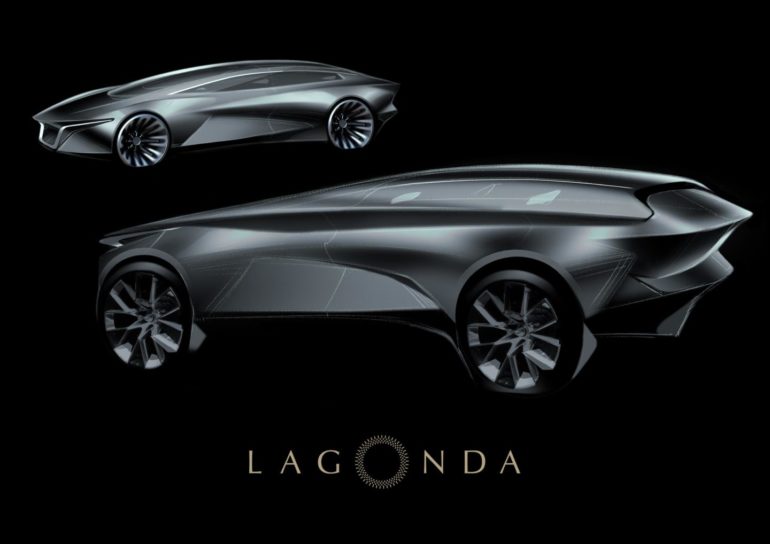 Having teased fans of British luxury cars over the last decade, Aston Martin has finally confirmed that Lagonda will be relaunched with a cutting-edge, emission-free luxury SUV in 2021.

After wowing crowds at the Geneva motor show with the Vision Concept, Lagonda will now be developing its first production model since the mid-1990s.

The Lagonda SUV will be exclusively driven by a zero-emission powertrain and will be built around what Lagonda describes as ‘near future technologies’. Whilst the Vision Concept was a saloon car, the ‘Battery Electric’ SUV’s design will be an evolution of the concept’s look, as shown in the teaser image.

The announcement follows a number of electric SUV projects, from Tesla’s Model X to Jaguar’s i-Pace and announcements by other manufacturers including Volvo of a shift to alternatively-fuelled vehicles.

Lagonda’s heritage pre-dates Aston Martin by nine years. Founded in 1904 by opera-singing machine engineer, Wilbur Gunn, it was named after the Lagonda creek river that ran through Gunn’s hometown of Springfield, Ohio.

Starting as an engine builder, Lagonda soon developed cars, including ‘Torpedo’, which won the 1029 St Petersburg time trial with Gunn at the wheel. With trailing arm rear suspension, monocoque construction, anti-roll bars and the first ever fly-off handbrake, it set a standard of innovation for the marque.

Lagondas continued to be produced alongside Aston Martin cars until the early 1990s, including the infamous wedge-shaped saloon designed by William Towns in the 1970s. In 2008, Aston Martin announced an interest in reviving the marque.

Aston Martin President and Chief Executive Officer, Dr Andy Palmer, said: ‘In reviving one of the most iconic names in motoring we have created a unique opportunity. One that allows us to cast aside an inherited 20th century approach and instead design cars around 21st century demands and desires. The Lagonda SUV is the first of its kind: a spacious, high-performance 4×4 that successfully reconciles a love of technology, luxury and style.’

Aston Martin EVP and Chief Creative Officer, Marek Reichman, added: ‘The Lagonda SUV will retain the boldness of the Vision Concept. Lagonda is a luxury brand, but it is also one rooted in technology. It will be like no other SUV to drive, so its looks have to reflect that new reality and to serve as pathfinder to a future in which the most desirable and prestigious automobiles still have a place.’