Like Lightning, Quick as a Flash! • Surf4Hub News and Blogs

The tortuous 14-mile Nurburgring race track set in Germany’s Eifel Mountains was  originally created at Hitler’s behest, both to provide employment and a test track for the country’s burgeoning motor industry. Little could he have imagined how all these years later a record-time lap of the circuit has become the Holy Grail of manufacturers from all around the world. His moustache would surely have twitched at the suggestion that a Chinese-built electric-powered supercar would beat them all – for now. 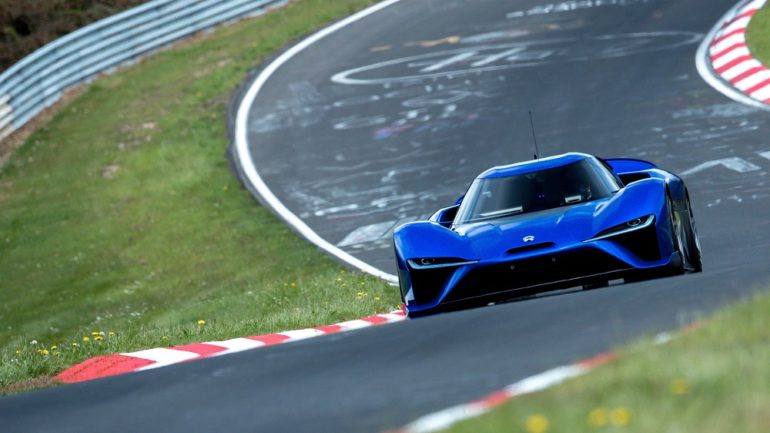 Yes, really. The little-known NIO EP9 has just set a new lap record time of 6m 45.9s around the Nordschleife, totally eclipsing the Lamborghini Huracan Performante that blew round in 6m 52.01s as recently as last October. Not only is it the fastest-ever electric car to tackle the circuit, it’s the fastest ever road-legal machine, although admittedly it was running on slick racing tyres. The real purpose of the car is to spark interest and create brand awareness ahead of the launch of a mass-market electric car at some point later in the year. The company is also becoming involved in the successful Formula E race series. 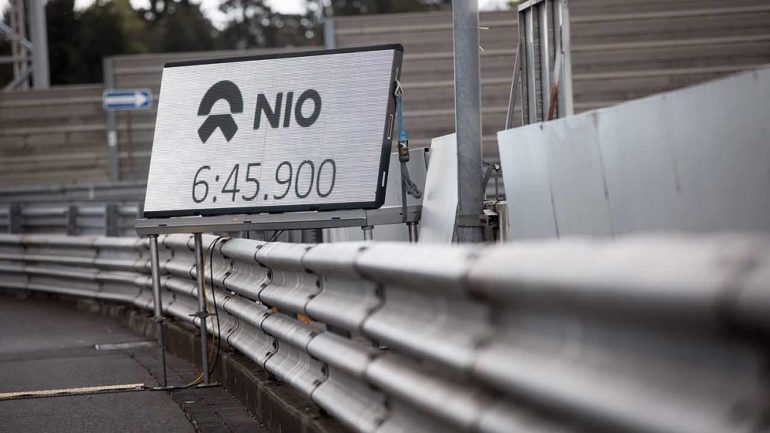 Whilst electric vehicle technology is clearly progressing a rapidly, a report published today by Stanford University economist Tony Seba makes depressing reading, suggesting that all vehicle production will be electric by 2025 – that’s just eight years away, which may be a little fanciful. He also suggests that many people will give up driving altogether, relying instead on self-drive electric vehicles. Will the necessary infrastructure to support so many electric vehicles be created in such a short time? 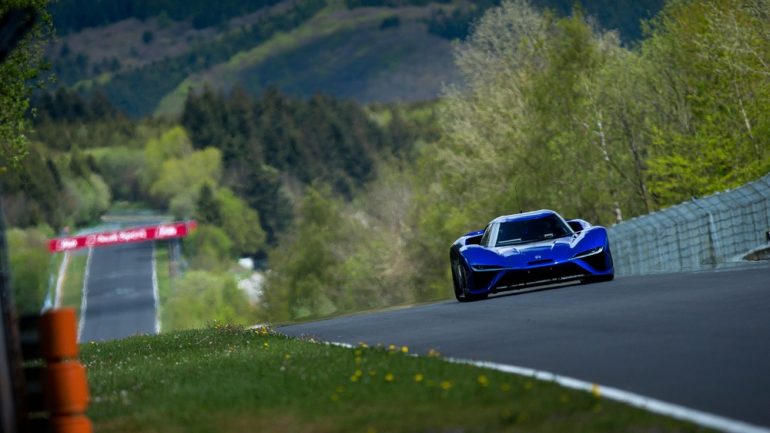