If you are close to Birmingham on 2nd June, H&H’s Classics auction is to be staged at the National Motorcycle Museum, and it could be just the place for you. Amongst the lots on offer is a collection of 11 cars and 34 ‘bikes, all of which came from one owner and are in original, unrestored condition complete with cobwebs – and probably the odd spider! 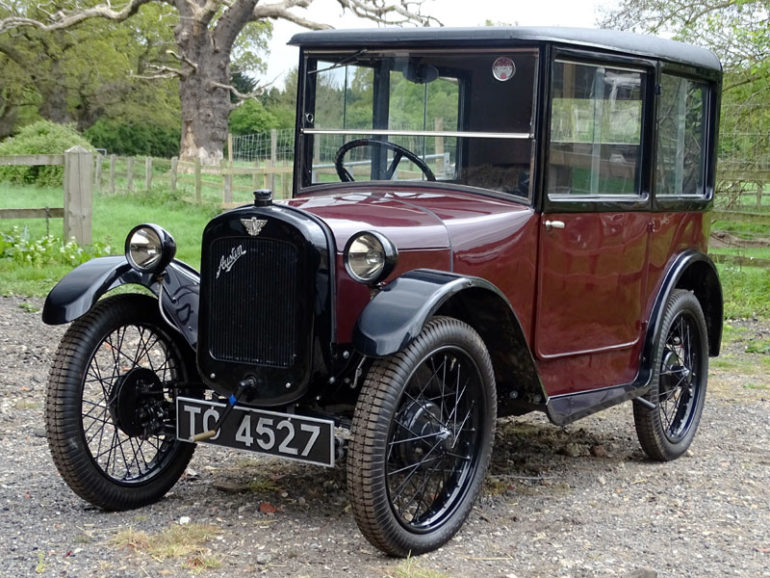 Known as the ‘Home Farm Collection’, they were exhumed from their resting place on a Berkshire farm. The collection is expected to accrue around £200,000 in total and whilst the oldest car in the collection is a 1912 Buick Model 35C Tourer, estimated at £6,000 – £8,000, a 1925 Bean 14HP saloon, formerly owned by newspaper magnate Sir Ray Tindle, is expected to attract top money at an estimatd £12,000 – £14,000. The collection also includes examples of Austin, Morris, Humber, Rover and Citroen.

At the same auction, another small one-owner collection will go under the hammer. Known as the County Wexford Collection, it includes an Austin 20hp Mayfair Limousine, first owner of which was the Fifth Marquess of Bath. A little more sporting is the 1939 Triumph Dolomite 14/60 Drophead Coupe.

For real rarity however, look no further than the 1976 Panther Rio on offer with no reserve. Built by the Surrey company responsible for the fabulous Panther De Ville and SS Jaguar look-a-like J72, the Rio was in fact a re-styled Triumph Dolomite Sprint created by designer Chris Humberstone as a small luxury saloon. Have a look – you’ll probably never see another!