Iconic British sports car manufacturer Lotus has teamed up with the Jim Clark Trust to offer a very special prize to a lucky winner: the 100,000th Lotus sports car built.

The manufacture of this landmark car coincides with events to mark 70 years of Lotus and 50 years since double World Champion and Indy 500 winner Jim Clark was killed in a Formula 2 race at Hockenheim. The Scotsman remains the most successful Lotus driver of all time, eclipsing the achievements of racing greats Graham Hill, Jochen Rindt, Emerson Fittipaldi, Mario Andretti and Ayrton Senna. 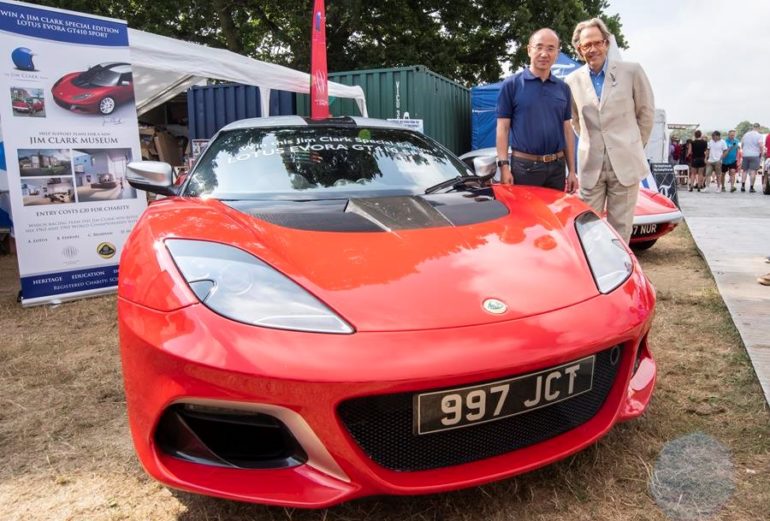 The Jim Clark Trust plans to open a museum in Clark’s honour next summer, and to help achieve this target, Lotus has donated their 100,000th car for a fundraising competition. This uniquely-trimmed Evora recalls Clark’s company car, the first production Lotus Elan S2 (type 26, Chassis 001). Registered 997 NUR, Clark would commute 350 miles from his family home in Duns on the Scottish borders to the then Lotus base in Cheshunt, Hertfordshire. The Elan clocked up over 15,000 miles a year, an impressive statistic for a 1960s sports car.

The prize car recreates the Elan’s colour scheme, with red paintwork, a silver roof and wheels, and tartan upholstery. It also carries Clark’s signature on each rear buttress. It’s based on the Lotus Evora GT410 Sport, launched earlier this year and featuring a 3.5-litre supercharged V6 generating 410 horsepower. The 1,256kg car uses lightweight materials including carbon fibre and state-of-the-art aerodynamics to propel it from 0-60mph in just 3.9 seconds. Prices start at £85,900, however this edition is sure to become a collectors’ item. 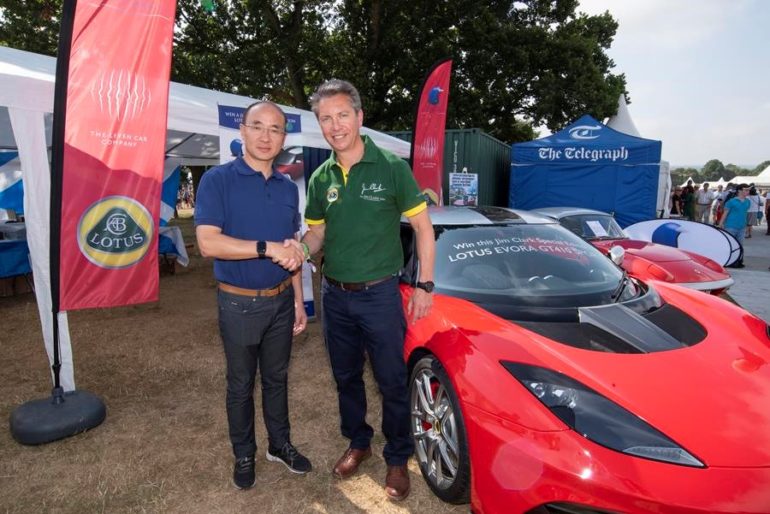 The Jim Clark Edition Evora GT410 Sport was unveiled by the Duke of Richmond, a Patron of the Trust, with Group Lotus Chief Executive Feng Qingfeng and Trustees of the charity at the recent Goodwood Festival of Speed.

Chair of The Jim Clark Trust, Ben Smith commented: “Over the past five years we have been delighted to see the plans for a new Jim Clark Museum become a reality, and are extremely grateful for the support of Scottish Borders Council, the Heritage Lottery Fund and thousands of public donations. The build programme for the new £1.6m museum with space for two cars began in early July and is estimated to take 12 months. We are excited to announce this new fundraising competition to win the Jim Clark Special Edition Lotus Evora, which will help to realise the vision of an extension to increase the numbers of cars on display and promote heritage, education and inspiration for future generations. Best of luck to everyone who enters.”

A New Series of Flemish Museum Virtual Tours is Launched

Culture and Adventure in Haarlem, Holland