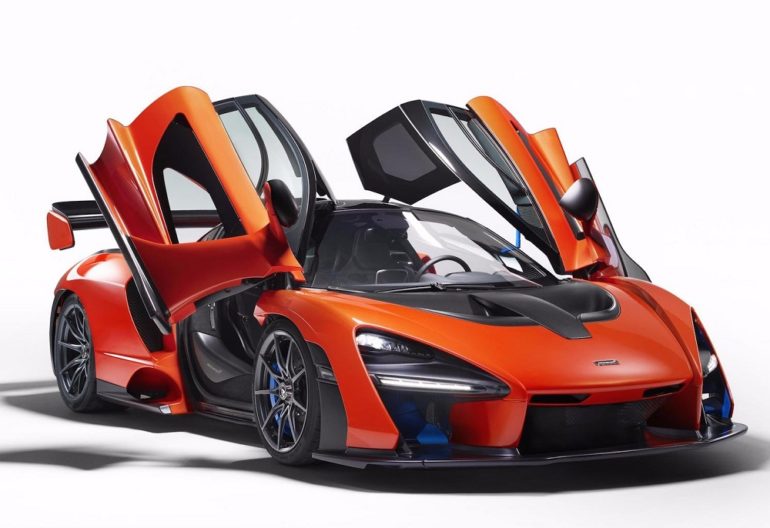 McLaren has auctioned off the final build slot for its new Senna hypercar for £2m – donating the proceeds to the Ayrton Senna Institute. The charity, named after the legendary F1 driver who won three World championships with McLaren supports underprivileged children and youngsters in Brazil. 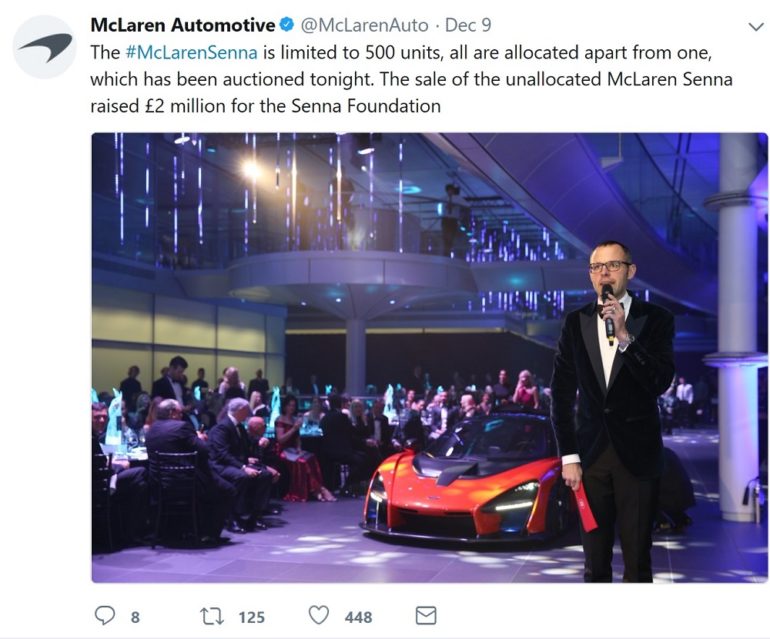 All 500 of the build allocations had apparently been sold for £750,000 each, even though the car only made its debut on 10th December. However, the final build slot was secretly held back by McLaren so that they could auction it off to help raise funds for the charity. 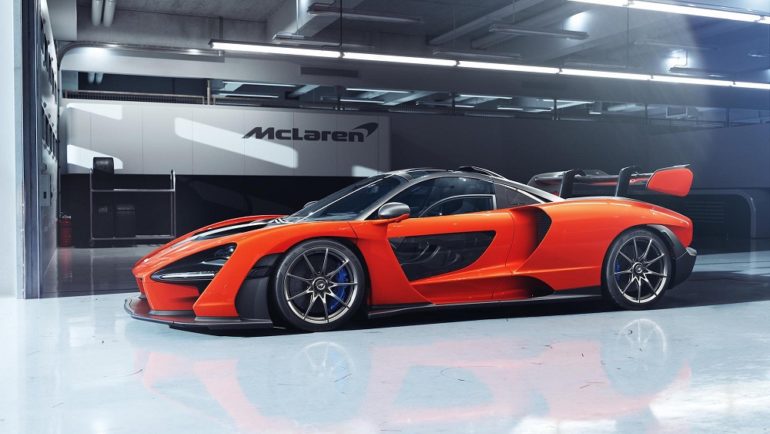 McLaren Automotive CEO Mike Flewitt said: “The McLaren Senna is the personification of McLaren’s motorsport DNA, designed without compromise to excel on a race circuit, but legalised for road use. “Only 500 will be built and to raise such a significant sum at auction for a cause as worthy as the Instituto Ayrton Senna – the foundation that cherishes the legacy of one of McLaren’s greatest Formula One racing drivers – is both a genuine pleasure for McLaren and a testament to the desirability of our new Ultimate Series car.” 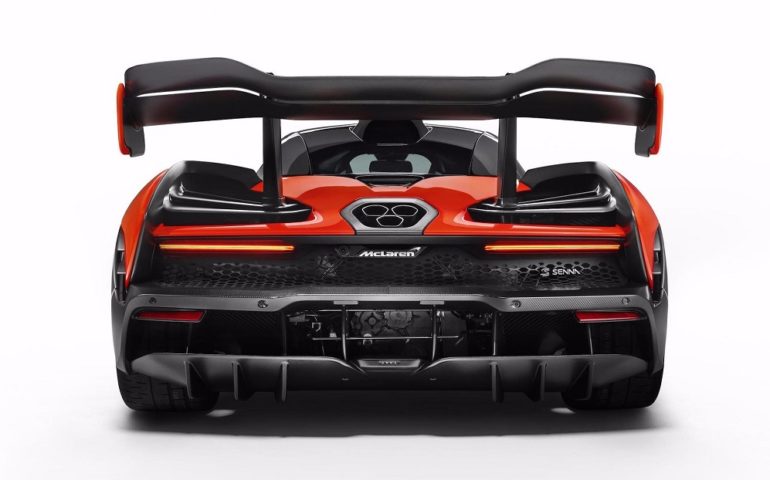 Viviane Senna, Ayrton’s sister and mother of McLaren brand ambassador and racing driver Bruno Senna, added: “Raising this amount of money for the Instituto Ayrton Senna is a wonderful result for our collaboration with McLaren Automotive. “The Senna family has a long-standing association with the McLaren brand, and when the idea of a new model in the McLaren Ultimate Series taking Ayrton’s name was raised, we were immediately interested to explore the possibility. “Now that the McLaren Senna has been revealed, we can say publicly how happy we are to be a part of this project.”

The McLaren Senna, which is billed as the ultimate road legal track car is powered by a 4.0-litre twin-turbocharged V8 developing 789bhp and 800Nm of torque. With a dry weight of 1,198kg and huge levels of aerodynamic downforce. The car is expected to be the fastest ever produced by McLaren and will make its public debut in March, at the 88th Geneva International Motor Show.

Tailored for Design and Sportiness – the New Porsche 718 GTS Models