If you’re one of those motorists who’ll go out of their way to avoid average speed cameras, most commonly found controlling road work speed limits on motorways, then the latest survey from the RAC won’t offer much cheer.

The motoring organisation polled over 2000 motorists and an overwhelming 79 per cent say that average speed cameras are better at slowing down vehicles compared to just nine per cent who thought the single location cameras were more effective. However 70 per cent of those polled did feel that the latter are effective at getting drivers to slow down at a specific location, but 80 per cent said they made little different beyond their location. 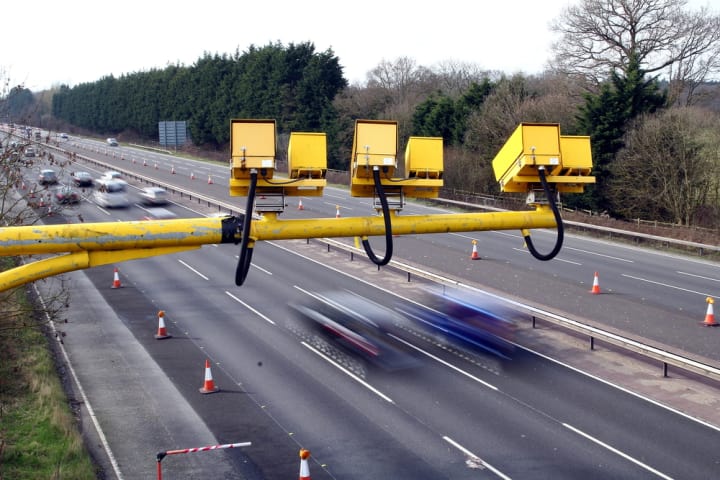 By contrast 86 per cent felt average speed cameras were effective at getting drivers to stick to the speed limit, compared to the 12 per cent who didn’t. Over three times as many motorists felt they were fairer on drivers than for the fixed variants.

From those who thought average speed cameras were fairer to motorists, over eight in ten claimed that they promote a smoother driving style and more consistent driving speeds, compared to drivers hitting the brakes when passing fixed cameras. Over half also felt they were fairer to drivers accidentally drifting over the limit briefly, and 17 per cent said that the signage used is better and easier to take in.

Despite this, opinions about speed cameras remain divided amongst drivers. Only a third of those polled believes that they are intended to improve road safety, with another third claiming that they are to raise money as well as promote safety. Just over a quarter reckon they exist just to raise cash.

RAC road safety spokesman Pete Williams said: “We know that some drivers can be very cynical about speed cameras, with a significant minority having told us they believe they are more about raising revenue than they are about road safety. Interestingly, these latest findings show there is now a strong acceptance that they are there to help save lives and prevent casualties on the road, although more than a third (36%) claim they are about both road safety and raising revenue.

“Our research suggests the growing use of average speed cameras in motorway roadworks, and increasingly on sections of A-road, is reinforcing the road safety message as they are extremely effective at slowing down drivers. For instance, on the A9 in Scotland the number of deaths has halved since average speed cameras were introduced between Dunblane and Inverness in October 2014. This type of use of average speed cameras, together with the constant addition of more miles of smart motorways with strictly enforced variable speed limits, may be contributing to a shift in perception in favour of regulated speed enforcement over longer stretches of road.

“Speed is one of the main contributory factors in many road collisions so measures that effectively reduce speed over greater distances will mean fewer lives are lost or ruined on our roads. And even though drivers accept this, many still have issues with single location cameras as in places other than accident blackspots, they don’t appear to have lasting effect on behaviour.”