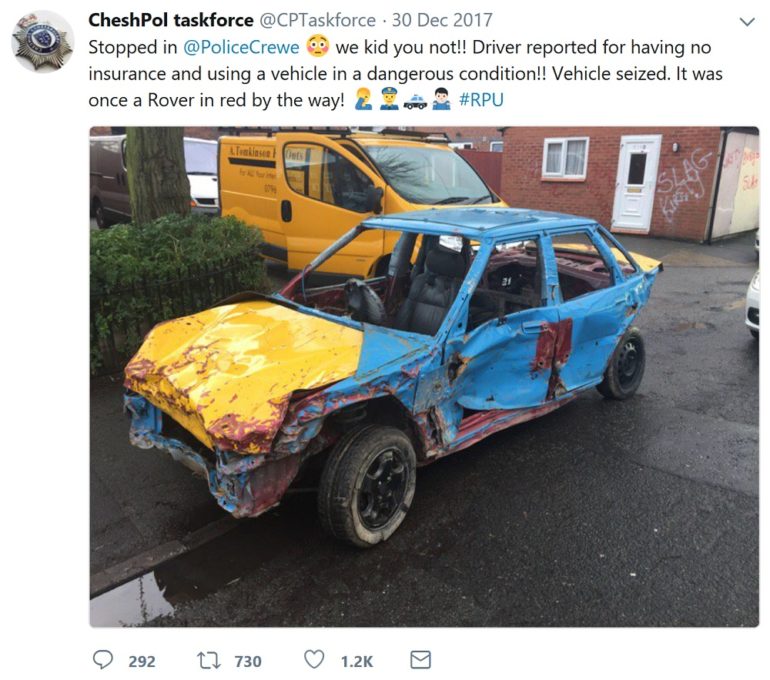 The old banger, which might look more at home being punted around an oval circuit, had extensive damage to all areas of its bodywork.

It was stopped by officers in Crewe, Cheshire. A picture was posted on the Cheshire Police Taskforce Twitter account. The driver of the battered vehicle, who has not been identified, was reported “for having no insurance and using a vehicle in a dangerous condition”, police confirmed. The car was seized.

Police wrote on Twitter: “Stopped in @PoliceCrewe. We kid you not.”