Pope Francis Moves with the Times • Surf4Hub News and Blogs 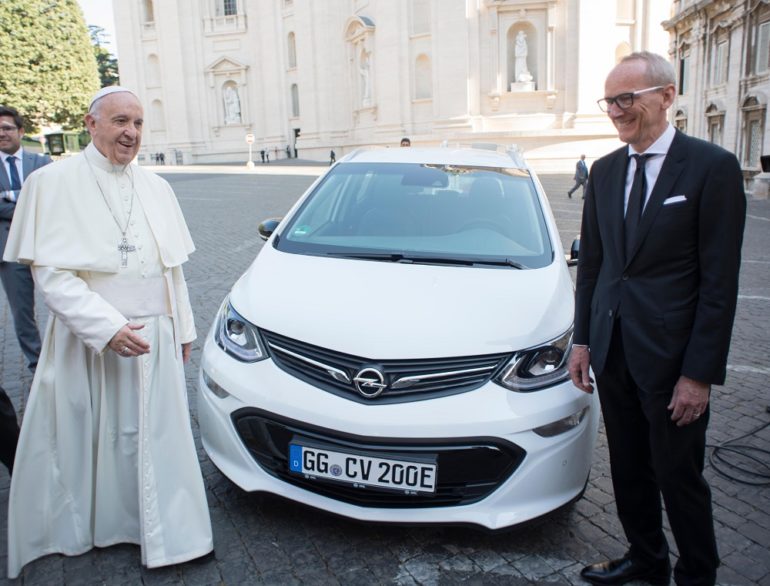 Traditionally the appointment of a new Pope is announced with the release of a cloud of white smoke in the Vatican City, but now the current Holy Father will be responsible for emitting a lot less emissions as he trundles around his fiefdom, for Pope Francis has just been presented with an electric-powered Opel Ampera-e – in gleaming white, naturally. 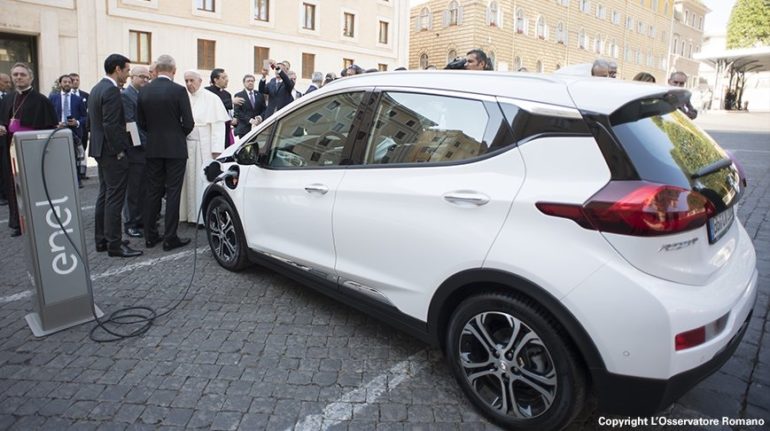 We are all familiar with pictures of the Pope waving serenely from a variety of specially-built vehicles on official visits. These have ranged from modified Range Rover and Mercedes SUV’s to a Fiat Panda and even a stretched Wartburg Knight on an old Eastern Bloc visit. More recently, a current Fiat 500L was used on a tour of the United States. However, for day-to-day transport the choices have been a little more prosaic. There was a time when the car of choice would have been Italian – a Fiat or Lancia, for example – but in recent times there has been a Mercedes M-Class and a Hyundai Sante-Fe. Pope Francis has even been known to drive himself to local events in a Ford Focus pool car, demonstrating that even though he may be the Holy Father he is more down to earth than some of his predecessors.

Now, the very forward-thinking Pope Francis is leading a plan to make the Vatican City the first country in the world to eliminate CO2 emissions. Admittedly, with a land mass of just 44 hectares and a population of just 1,000, that should be easier to achieve than in some places! The new Opel Ampera-e that was officially handed over by Opel CEO Karl-Thomas Neumann, is claimed to have a driving range of up to 520 kilometres, so it shouldn’t even need recharging too often.

The history of the pope mobile: