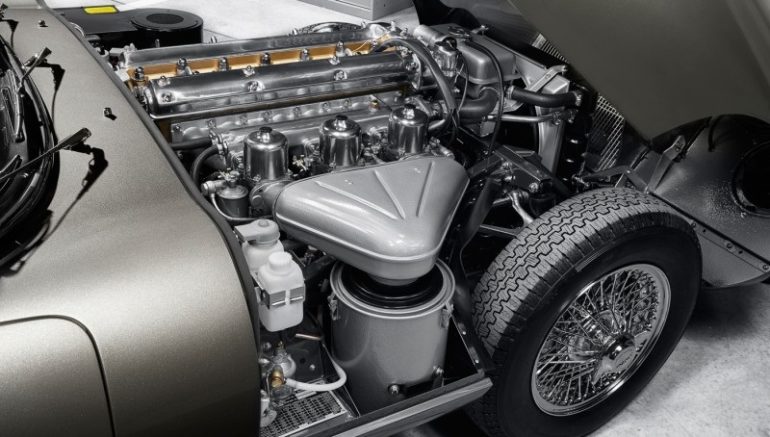 Jaguar aim to retain as much of the original car as possible, although replacement panels are fitted where necessary. Indeed, the stand display in Germany included a giant ‘sprue’ of new panels that would be familiar to anyone who has ever built an Airfix model kit! This particular car, which has the 4.2-litre version of Jaguar’s straight-six engine, was originally exported to California in 1965 and had only covered 78,000 miles before going into storage in 1983. It is essentially very original, retaining those all-important matching-number bodyshell, engine and gearbox. 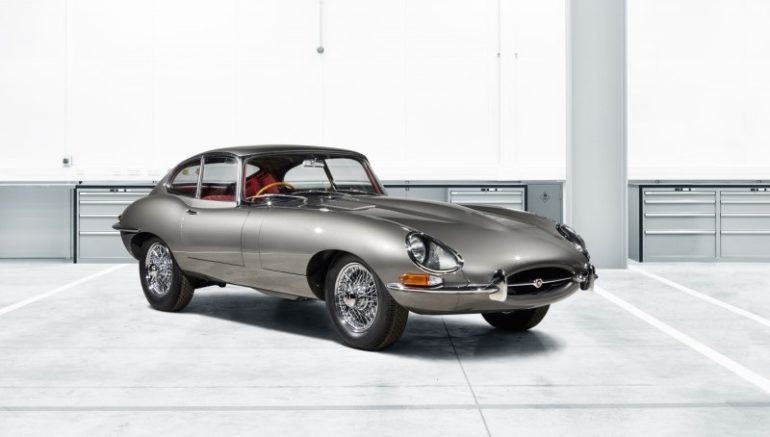 The base price of £285,000 is a long way from the original £2,098 price tag at the time of launch in 1961, but a quick look at almost any recent auction results will show you that even barn-find cars in need of major restoration are fetching serious five-figure sums, and that’s before you do the work. At extra cost Jaguar will also incorporate sympathetic updates in accordance with the customer’s wishes. For example, there is the possibility of an improved cooling system, brake components, or even synchromesh on all gears, as fitted to later cars.