The Great Grandson of legendary explorer Sir Ernest Shackleton, Patrick Bergel has made history by becoming the first to drive a passenger car across the Antarctic. 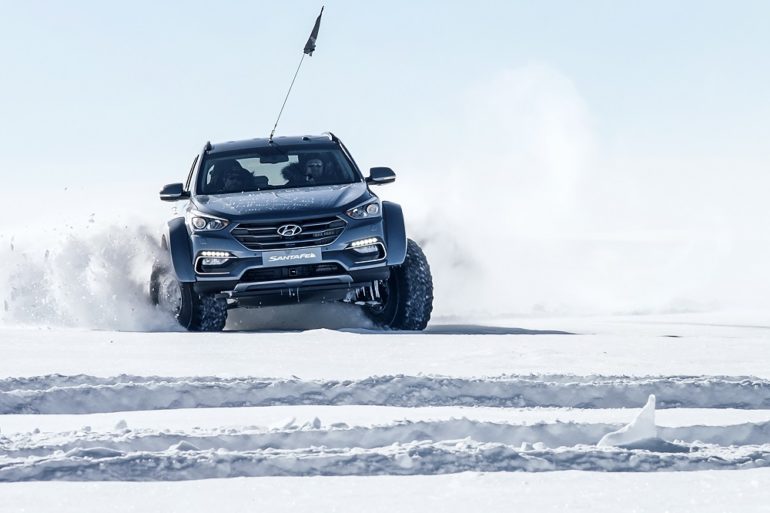 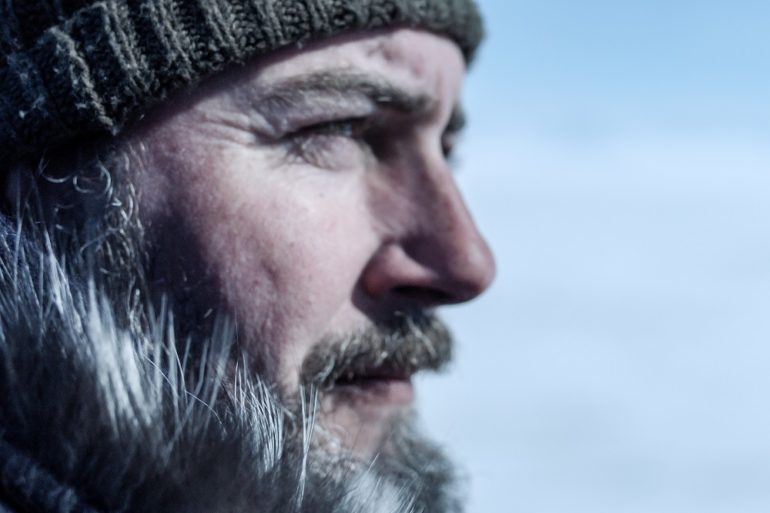 Bergel, who normally works as a technology entrepreneur, said: “I’m not a polar explorer; I’m an indoor guy. So it was a big cultural shift – and it was quite something to have been the first to do this. Getting to the South Pole was a special moment. The fact that this was a place my great grandfather tried to get to more than once and I was there, it felt like a genuine connection.”

“What we did though was one thousandth as hard as what they did. You know, no comparison – modern appurtenances, comparative luxury. But it was an amazing journey, and an amazing achievement.” 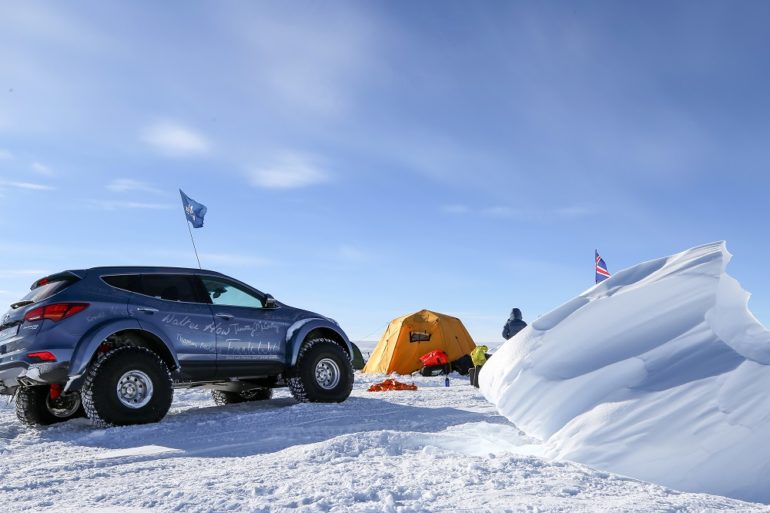 The expedition was inspired by Shackleton’s heroic Trans-Antarctic journey of 1914-17 when, having been beaten to the Pole by Roald Amundsen, he tried to become the first to cross the continent. His ship sank in pack ice, but the heroic explorer and five men sailed 800 miles over open, stormy sea to South Georgia, from where a successful rescue could be launched. 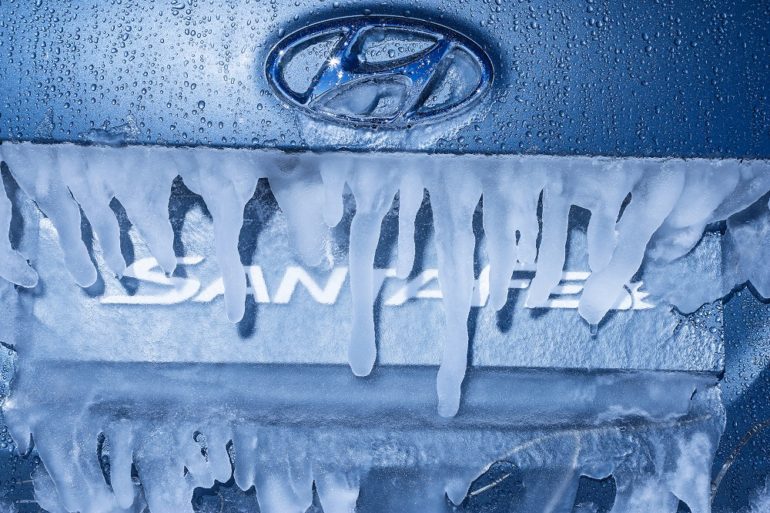 It was this spirit of endurance shown by Shackleton that inspired Hyundai Motor to visit the Antarctic and enable a member of Shackleton’s family to complete what had been started over 100 years ago.

Scott Noh, Head of Overseas Marketing Group, Hyundai Motor Company said: “We were aware of Sir Ernest Shackleton’s story and as a Company felt a resonance with his courage and pioneering spirit. Our film celebrates this spirit and through Patrick, his Great Grandson, completes his dream to cross Antarctica – just a hundred years later.” 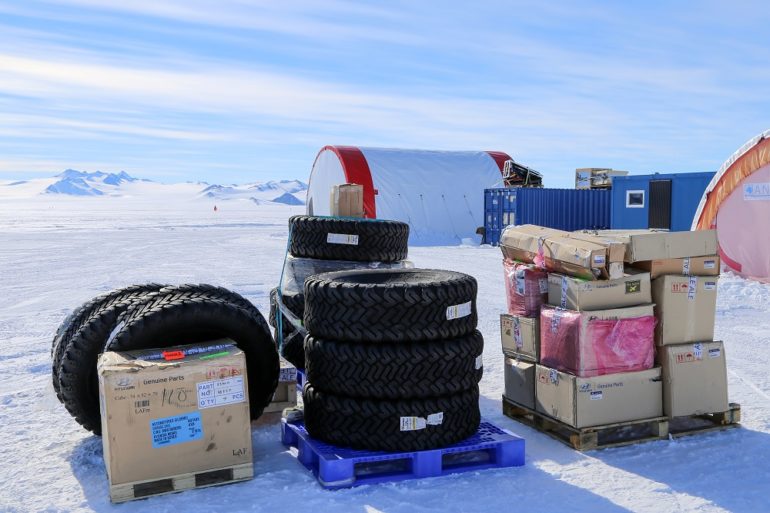 Original artefacts from that expedition were too fragile and precious to be taken by Bergel on this expedition – so he opted for a far more modern solution.

“There was a compass but unfortunately it is uninsurable and the first editions, memoirs and so on were not very Antarctic-friendly,” he said. “So I took the diaries with me…on a Kindle! They were fascinating and it meant much more than just reading them in London.” 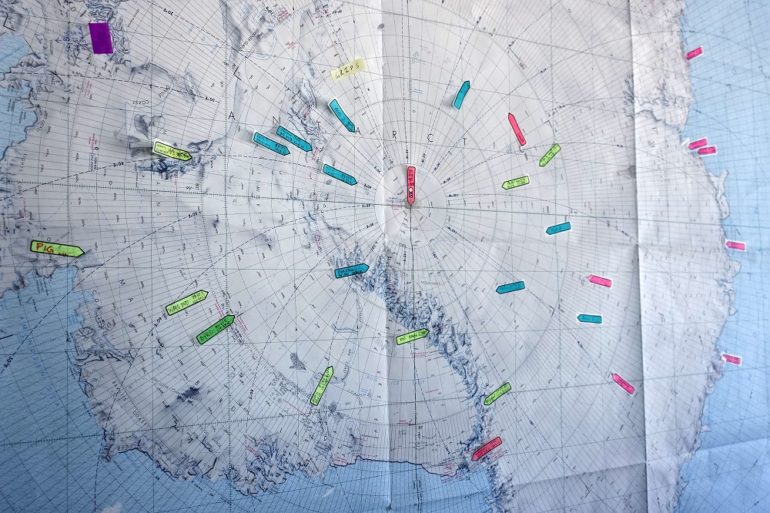 The team travelled from Union Glacier to the South Pole then followed the Leverett Glacier and the Trans-Antarctic Mountains, past smoking Mount Erebus volcano, to the Ross Ice Shelf and McMurdo. Bergel added: “Some sections were unbelievably beautiful and only a few dozen people actually get to see the Trans-Antarctic Mountains. That was the point at which nobody in a wheeled vehicle had been beyond. My great-grandfather was the first to climb Erebus and I’d seen pictures of it as a child. It is quite spectacular, with plumes of smoke coming out, and it was pretty special to be driving and see it come out of the cloud.” 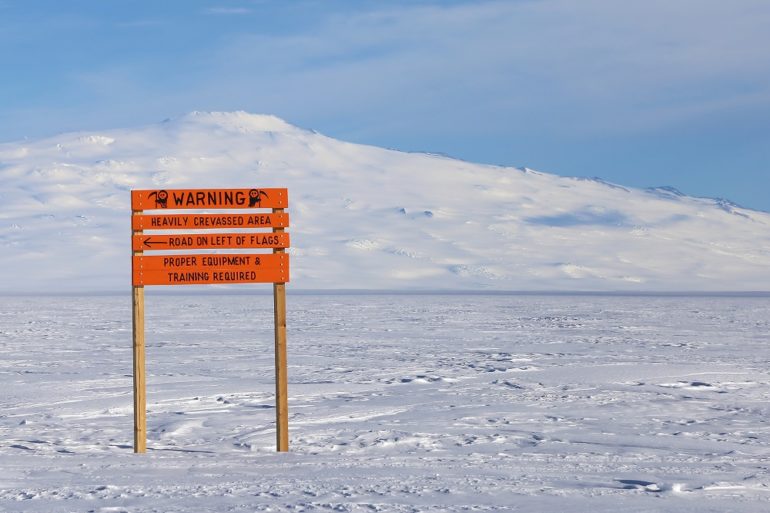 The journey was carefully plotted on GPS and locations of potential danger areas were reviewed in detailed meetings with experts at Union Glacier before departure but there were still plenty of pitfalls along the way.

“When you’re driving through a total white-out you start hallucinating, seeing things that aren’t there,” said Bergel. “Our brains often confused us into believing we were going uphill rather than down. In one area, a giant crevasse field, we had to rope up the vehicles to make sure if one fell in it could be recovered by the others. We had one scary moment there – but we managed to get through OK.” 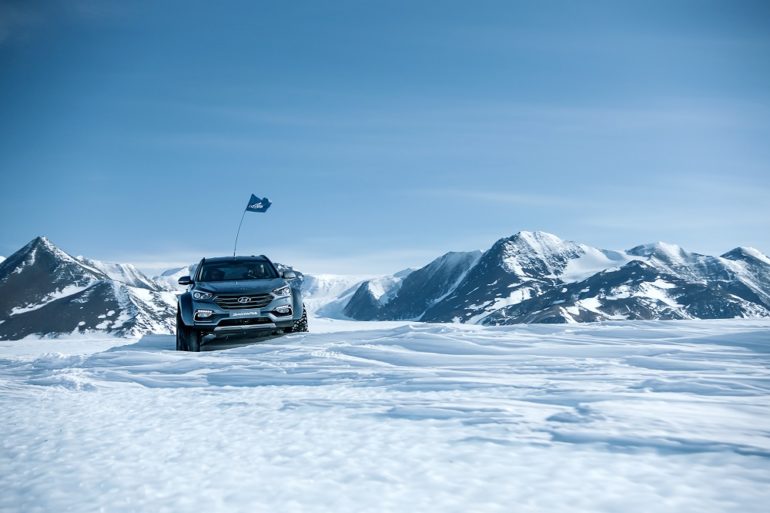 One of Antarctica’s most experienced driving experts, Gisli Jónsson from Arctic Trucks was tasked with managing the vehicle’s preparation before the event and then led the expedition out in the Antarctic. Jónsson explained: “People who have a lot of experience of Antarctica know what it does to machinery: basically, anything and everything falls apart,” said expedition leader Jónsson. “Even the big machines crack up and break apart. This was the first time this full traverse has ever been attempted, let alone doing it there and back. A lot of people thought we would never ever make it and when we returned they couldn’t believe we’d actually done it!”

Most Reliable Cars in UK Revealed in New Survey