Actor Roger Moore remained the quintessential English gentleman right up until the time of his death at the age of 89 recently. He was eminently suited to the roles he played, such as Simon Templar in sixties TV series The Saint or as James Bond. Indeed, one couldn’t help feeling he was often playing himself! 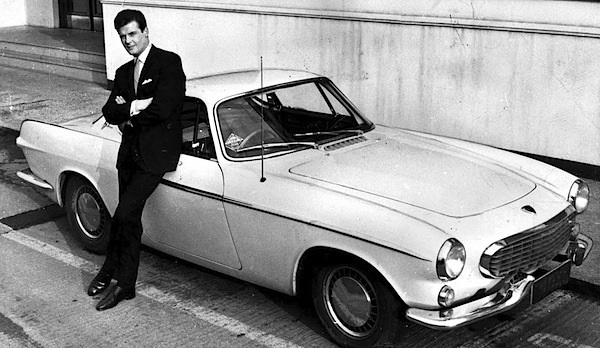 Of course, as befits a gentleman of a certain standing, the car he drove needed to make a statement too and his screen roles invariably – but not always – saw him driving something interesting, most usually a British sports car. That really began with The Saint, in which he brought the Volvo P1800 to a far wider audience than it would have managed on its own. Volvo was not known for building sports cars, but the P1800 design was the work of Swede Pelle Petterson whilst working for the Frua design firm in Italy, first being shown to the public at the 1960 Brussels Motor Show, after which Volvo engaged Jensen Motors in West Bromwich to actually produce the cars, hence the British link.

Ironically the Volvo was chosen for the role in The Saint after Jaguar turned down a request for the then-new E-Type. 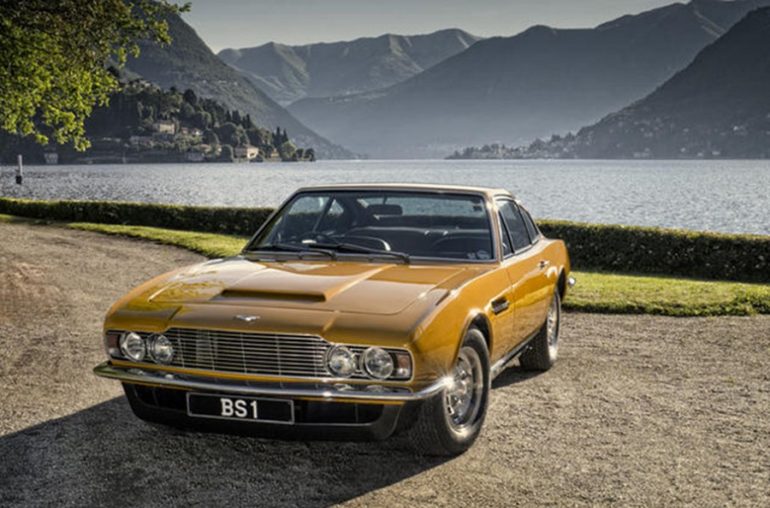 In a later TV series called The Persuaders!, in which Moore starred alongside a Ferrari Dino-driving Tony Curtis he got to drive a truly British bulldog in the form of an Aston Martin DBS with a rather loud Bahama Yellow paint job. Not so loud was the engine note, for whilst the car was dressed-up to look like the latest V8 model, it in fact was still powered by Aston’s old straight six. Nevertheless it looked the part as Moore and Curtis pursued baddies around the Riviera. 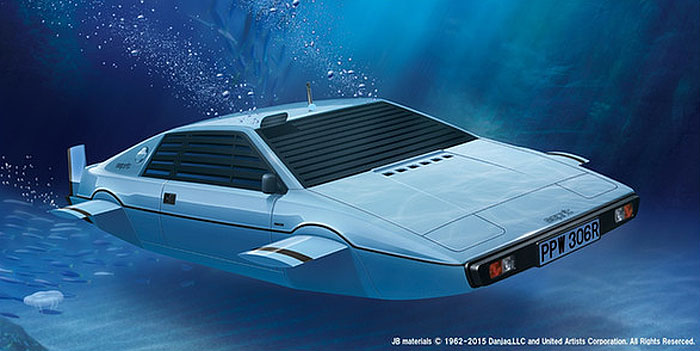 Aston Martin will always be associated with Sean Connery’s time as 007, so Moore never did get behind the wheel of that famous DB5, satisfying himself by driving a similar model on the Cannonball Run. Moore’s time as James Bond is more readily associated with Lotus and the white Series 1 Esprit that incredibly turned into a submarine in The Spy Who Loved Me – who can ever forget that image of Moore driving out of the sea onto a crowded beach, lowering the window and dropping a fish?

That film involved a lot of action and for much of it Lotus’ PR Donovan McLaughlan got behind the wheel, including one sequence where the car was chased by a helicopter full of gun-toting baddies. Imagine Don’s shock when he discovered afterwards that the bullet holes in the rear of the car were for real! Don dined out in the pubs of Wymondham on that story for aeons! Bullet holes were to feature again when Bond drove a Citroen 2CV in another chase scene in For Your Eyes Only with the villains chasing him in a couple of Peugeot 504’s. Unlike the Aston in The Persuaders  the 2CV had received an engine upgrade for the film, but for marketing purposes Citroen contented themselves by selling a special edition 2CV complete with stick-on bullet holes. 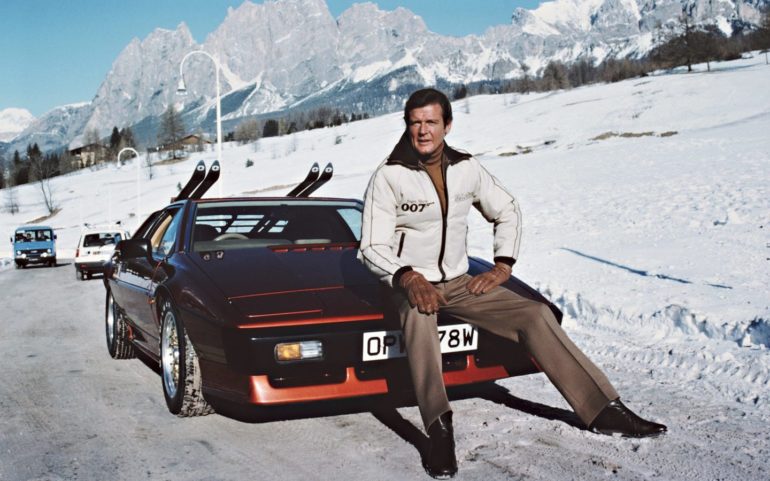 Lotus gained more exposure in For Your Eyes Only with a brown Esprit Turbo, complete with two sets of skis mounted on the engine cover – probably one of the very few occasions on which a Lotus has been seen with a roof-rack! Nevertheless Bond managed to make it look cool! And speaking of cool, Moore did indeed have a dalliance with an Italian temptress in the shape of a Lamborghini Islero S in a film called The Man Who Haunted Himself, made in 1970.

Needless to say, it wasn’t always glamorous stuff and Moore got behind the wheel of a huge variety of vehicles ranging from an AEC Regent double-decker ‘bus, and a Leyland Sherpa van to a prosaic Renault 11 Taxi that was comprehensively destroyed during a Paris chase scene in Bond film A View To A Kill. Americana even appeared in The Man With The Golden Gun in the shape of an AMC Hornet X – not one of Detroit’s finest, it achieved fame by spiralling through 270-degrees as it flew through the air.

In real life, Moore has owned a variety of cars ranging from a Jaguar XK-150 that he used in California, to his most recent Monaco run-about, an electric Smart car. There seems to be little doubt about his favourite though. When asked, he replied: “I have a great affection for the Volvo P1800, as of course, I owned one myself as well as using one in The Saint series.”