The best and worst car colours • Surf4Hub News and Blogs 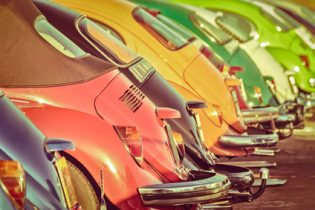 The three most popular colours :

According to the Society of Motor Manufacturers and Traders, the most popular colour for new cars registered in 2015 was white, which accounted for 21.4% of sales. It may be difficult to keep clean but it appears to be easy to shift from forecourts.

Over 19% of cars sold in 2015 were finished in black, perhaps to contrast with the similar number of white cars registered?

Perhaps the 15.6% of buyers couldn’t decide between black and white? Whether there are 50 shades or not, grey has overtaken previous favourites silver and blue as the third most popular colour.

And three to avoid

Despite many recent attempts, brown cars still don’t capture the imagination, and is best left to dreary British Leyland cars from the 1970s. Just 1% of buyers in 2015 chose this colour, down almost a quarter on the previous year.

Also down a similar amount is orange, another popular colour from the 70s. Unlike brown it had a resurgence amongst owners of sportier cars, but this revival seems to be over, and accounted for just 0.7% of sales in 2015.

When did you last see a mauve car? It may be longer than you think as just half a percent of 2015’s new cars were sold in this colour.

How to avoid the MOT blues