Car leasing firm MoneyShake has revealed the UK postcodes where drivers are more likely to receive a parking fine.  They submitted 40 Freedom of Information requests to UK councils to expose the worst places for parking violations

So, if you’ve ever overrun on a parking meeting or left your car double yellow lines, then read on to discover which places to avoid if you don’t want to be on the receiving end of a parking ticket.

Since 2015, UK motorists have been fined an astonishing £530 million by the 40 councils contacted, costing drivers an average of £132 million per year in parking penalties. 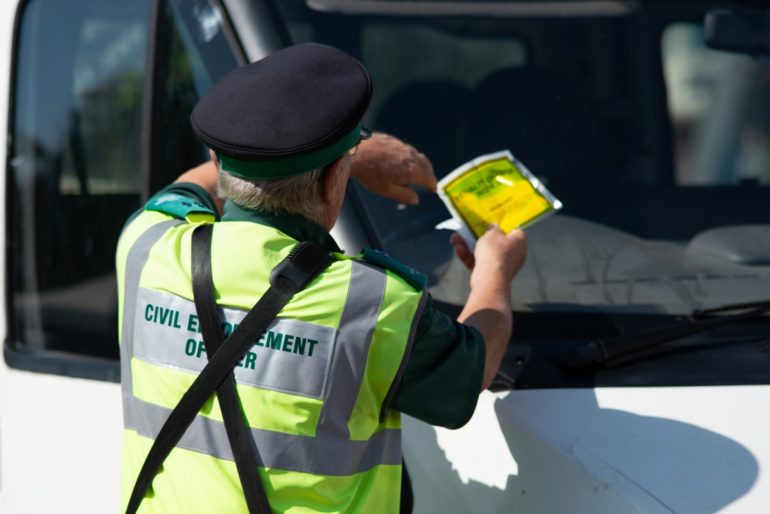 Where are the bad parkers located?

The London borough of Islington issued the most fines, scooping £45 million income although it transpires not all drivers paid their fine. Hammersmith and Fulham received the most revenue at £57 million – which is £12 million more than Islington, which could mean that Brits are successfully appealing – or simply not paying the fine at all.

Outside of the Capital city, Edinburgh bagged an income of £27 million, with Birmingham in reaping £19 million from parking violations.

And the least careless parkers?

Middlesbrough top the charts when it comes to considerate parking. The lowest number of parking offences occurred in the North East town – just 35,000 – out of all the councils contacted. The council in Middlesbrough received just over £363k from parking fines. 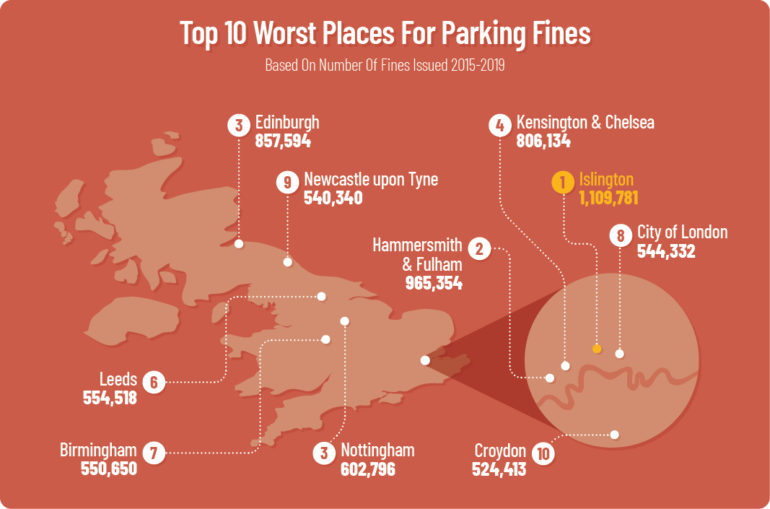 MoneyShake’s reports divulges which parts of the country are penalising the most drivers for their parking offences, based on the number of violations committed:

50% of the top 10 ticket hotspots are located in London, with a total of 3.9 million London motorists fined since 2015. 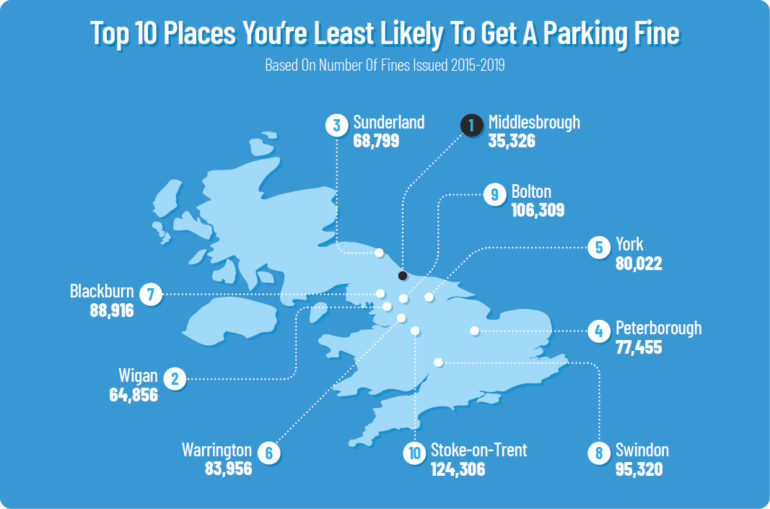 Happily, not all UK drivers are problem parkers.  These are the ten councils that have issued the fewest fines for parking offences:

Watch out for enforcement wardens

The forty councils contacted employ 1,622 traffic wardens between them. And motorists in the Capital should take particular care – Kensington and Chelsea alone hire 108 traffic enforcement officers to keep an eye out for parking violations.

Drivers in Wigan should fare better as the area only employ eight officers, with Peterborough and Middlesbrough not far behind with only ten traffic wardens in each town.

Motorists across the UK should be more aware of where and how to park, as there are 96 parking breaches they could fall foul of. If you are issued with a parking ticket, you usually need to pay up within 28 days (it’s normally cheaper if you pay within 14 days). If you’ve been caught red-handed, don’t delay or avoid payments – councils can take court action which will cost you a lot more in the long run.