Whilst rallying doesn’t have the glamour of Formula One, this globe-trotting, high-tech sport does feature cars that bear some relation to everyday motoring. Today’s World Rally Championship may be designed for bespoke machines based on road-going hatchbacks, but just a few years ago you could drive the same car to work – here are five of the best from this golden era.

Who’d have thought a Ferrari-engined two-seater sportscar would rule the forests? Lancia clearly did as this pocket-rocket became every bit as popular as its Maranello stablemates and the Lamborghini Countach on the bedroom walls of schoolboys, especially in the iconic Alitalia livery.

Alternatively…why just settle for a Ferrari engine when you can have the real thing? The Ferrari 308 Michelotto is an even more unlikely rally machine than the Stratos. Then there’s Porsche’s 959 – built for the stages but can also match its Ferrari F40 rival. 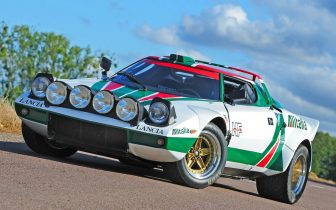 Chrysler’s European operation needed an exciting product and looking at the Ford Escort’s success on the world’s stages, commissioned Britain’s Lotus to build a hot version of their rear-wheel-drive Sunbeam hatchback. Rebadged as a Talbot by the time it was unleashed, it won the World Rally Championship and is still fondly remembered as a hero of the pre-hot hatch era.

Alternatively…the rear-wheel-drive Ford Escort is iconic for a reason. Whether it’s the RS2000 or Mexico, it’s sideways handling is so benign that it could have been fitted with wipers for the side windows. GM got in on the act too with the Opel Manta. 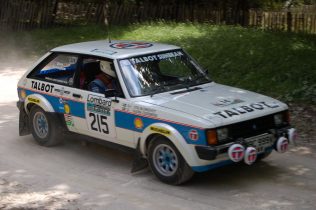 ‘Fire up the Quattro’ would have meant nothing if Audi hadn’t revolutionised rallying by introducing four-wheel-drive to the sport in the early 80s with this über-sharp coupé. It became a yuppie favourite and helped modernise the brand’s staid image long before the TT.

Alternatively…Audi continued to perfect the Quattro in the Group B era, a wild time for rallying which spawned stunning road-going machines such as the all-conquering Peugeot 205 T16 and Lancia Delta S4. But many of us have fond memories of the stunning Ford RS200 and outrageous Metro 6R4. 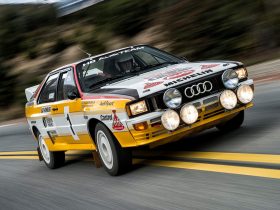 If the yuppies had the Quattro, then the working class hero of the late 80s was the Ford Sierra Cosworth. Whilst the original hatchback with the notorious whale-tail spoiler was track-inspired, the later Sapphire saloon version became Ford’s rally weapon of choice, especially when it gained four-wheel-drive. The blue oval returned to the earlier shape with the Escort Cosworth in the following decade.

Alternatively…the Lancia Delta HF Integrale is possibly the most characterful car of this era. Only available in left-hand-drive and with build quality and ergonomics clearly not a priority in Turin, it’s nevertheless a superb steer and one for the fantasy garage. 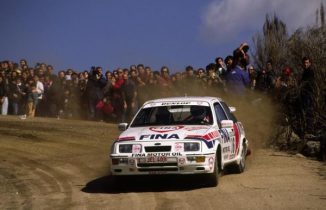 Originally a little more subtle than the Cosworth, thanks to Subaru’s farming image, the spectacular exploits of British rally hero Colin McRae made the Impreza a household name, especially in its turbo guise. Several hot versions followed, including the WRX, STi and P1, and it quickly transcended the rally scene.

Alternatively…arch-rivals Mitsubishi built the definitive Group A homologation special in the form of the Lancer Evo and its many incarnations, including special editions. Ridiculously short service intervals meant that it wasn’t the daily driver that the Subaru could be, but it’s the ultimate in road-going rally cars. 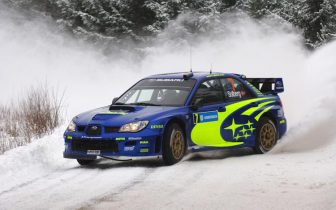 Learner Drivers to Take to the Motorway