All Those Woofers & Tweeters to be a Thing of the Past? • Surf4Hub News and Blogs 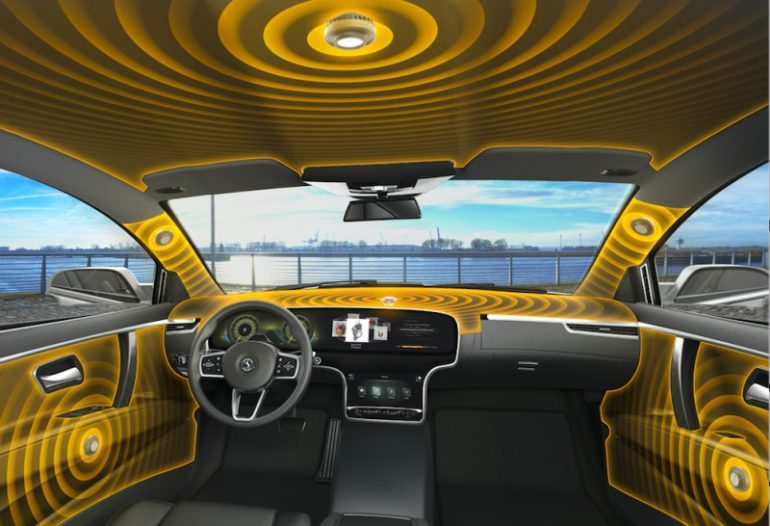 We all know those hi-fi geeks who like to impress us with their complicated sound systems, but that could soon be a thing of the past as developments progress to eradicate the need for conventional  loud-speakers  connected to your car stereo.

Continental, the German company best known for making tyres, is working on a system  that will enable sound to be transmitted via various trim panels in your car. Whilst the technology itself is not new, manufacturers increasingly searching for new ways to save weight has led to renewed interest. Conventional speakers in a high-end stereo system can add as much as 15kg to the weight of a vehicle, but Continental has found a way of reducing that to around 1kg. 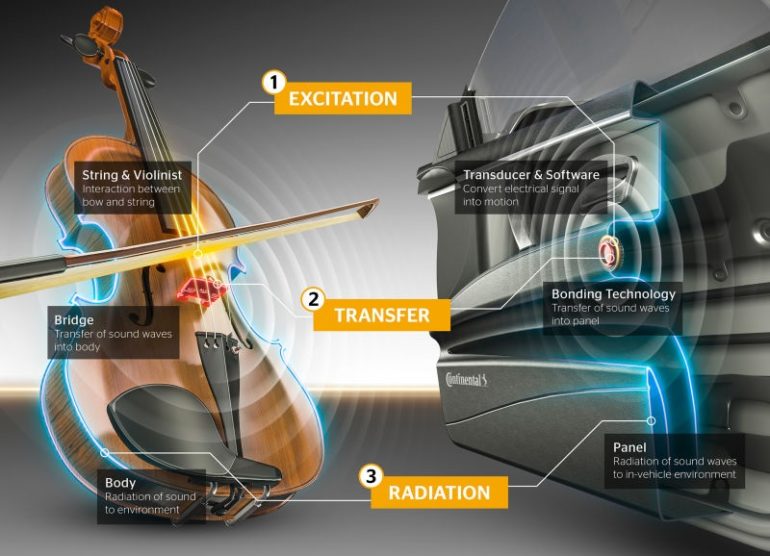 Without getting too technical, traditional speakers involve the use of wire coils, magnets and a diaphragm to translate the pressure waves received from the stereo into the sounds that you hear. The new system, dubbed Ac2ated Sound by Continental, works via transducers built into various trim panels. Different areas of the car are different frequency ranges required. For example, the A-pillar is suited to high frequency, door panels generate medium frequency, and the roof lining or rear parcel shelf are best for low frequency.

It will probably be a little while before such systems become available to the car buying public, although Continental have test vehicles running with the system and you will be able to inspect it for yourself at the forthcoming IAA, Germany’s international motor show to be staged at Frankfurt in September.