2017: The Year Portugal Became the Hottest Destination in Europe • Surf4Hub News and Blogs

Portuguese tourism achieved one of the best European performances in 2017. The World Tourism Organization revealed that Portugal is Europe’s fastest-growing destination. During 2017 Portugal received in total more than 2300 prizes and distinctions! Condé Nast Traveler wrote Portugal was “one of the places to go in 2017” and The Huffington Post declared Portugal was “The Country Everybody Will Be Visiting In 2017”. And they were right indeed!

Even the pop star Madonna has surrendered to the beauty of this country and become the most illustrious of a on-going and growing number of foreign residents in Portugal which by the way was also named “Europe’s top destination for expatriates” in a survey by social network InterNations.

In 2017, the visitor number should exceed 21 million – the biggest record ever in history – and the Algarve region plays a very important role in the economic growth of the country. Algarve Tourism Board (RTA) president, Desidério Silva, stated recently “the Algarve is the most important touristic region of Portugal, with the most substantial contribution to the country’s wealth”. According to the same organization, during last year, the major markets visiting the south of Portugal were, by order, United Kingdom, Germany, Holland, Ireland, France, Belgium and Spain, which also matches the results of Algarve Fun’s website visitors which accounted for a record 134 different nationalities in 2017. 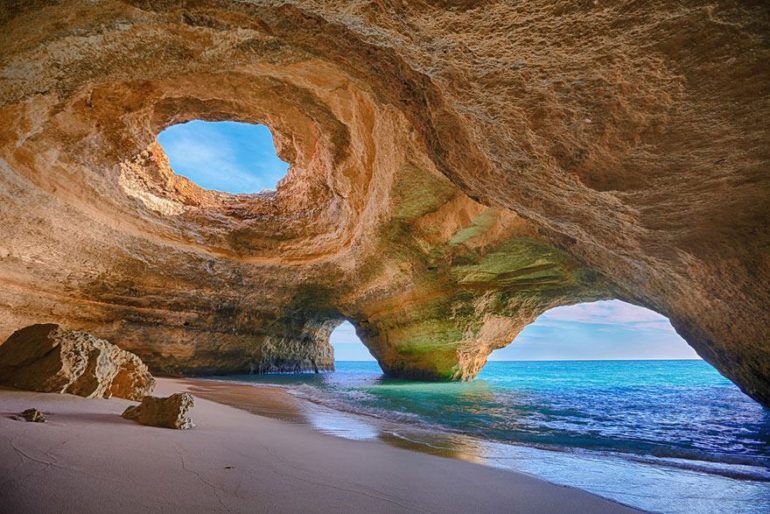 National Statistical Institute’s (INE) data for 2017 while currently unfinalised, point to “a year with historical results” due to “the diversification of tourism making the region become more sustainable throughout the year”. Companies are offering their services more and more all year around! A press release launched today, January 17th, by the Algarve Tourism Association (ATA) stated that “according to the provisional data we can say that in 2017 several records were beaten, concerning the number of guests, occupancy rates and revenues in the Algarve” said Dora Coelho, Executive Director of ATA. Faro’s Airport for example handled 8.7 million passengers in 2017, an increase of more than 1.1 million passengers – corresponding to an increase of 14.4% – when compared to the previous year.

Another important and recent statistic released by the Regional Directorate of Culture (DRCAlg) also stated that “the Algarve monuments registered the biggest number of visitors over the the past 20 years”. In 2017 Algarve monuments with ticket offices recorded a total of 441,276 visitors.

But what is so special about the Algarve that makes it such a great place to visit? The Algarve is a famous holiday destination, very popular for those seeking plenty of sunshine along with award winning beaches and a large diversity of landscape. There is also a strengthening of air accessibility, travel within the country is easy, and the friendliness and welcoming unique spirit of the Portuguese people is another major positive. The golden coastline and the beautiful rural countryside with its unique plant and animal life, also the many historic attractions all make Portugal the perfect holiday destination for people of all interests!

The Algarve is perfect for walking, sightseeing, cycling, surfing, golf, tennis, horse riding, kayaking, kite surfing, rock climbing or even wakeboarding. Residents and visitors can enjoy water and theme parks, zoos, boat trips along the breath-taking coastline with emotional rides into the caves and grottos, karting and so many other things to do in the Algarve! 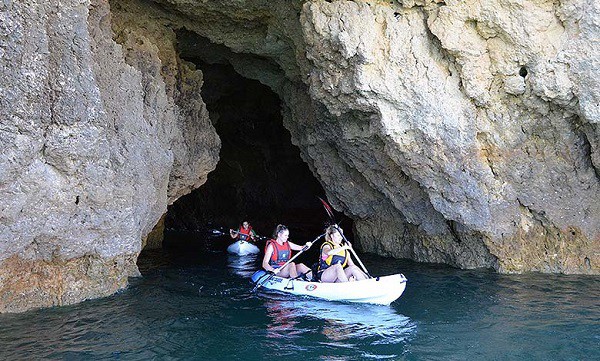 What was popular in 2017 in the Algarve?

According to Gary Miller, director of Algarve Fun, the “most popular activities in 2017 were the boat trips, with the trips to Benagil caves being the favourite choice”. Located between Carvoeiro and Armação de Pêra, Benagil’s beautiful sea cave is listed in the world’s “Top 10 Coolest Caves” according to the American online newspaper The Huffington Post. Benagil’s cave is actually one of many caves along Lagoa’s coastline but is certainly the most stunning, attracting thousands of visitors. Algarve Fun also provides boat visits to Benagil and other caves from 20 euros per person.

Also kayaking and snorkeling activities have grown in popularity in 2017 with a younger, active and sporty demographic of tourist being attracted to the Algarve for its challenging activities that combine sports and the sea. On Algarve Fun’s website you’ll find kayaking and other activities available along all the Algarve coast. Since the company’s foundation in 2014, the most popular attractions in Algarve still are the water/theme parks, boat tours and increasingly so watersports. Albufeira is still the busiest city for tourism but the west coast and Lagos is also growing in popularity especially for outdoor pursuits such as hiking, biking and other adventurous activities.

August is still the favorite month for holidays in the south of Portugal! The Algarve is packed with people from all over the world. It is so busy that “some clients schedule activities with Algarve Fun months in advance just to make sure they don’t miss the opportunity to enjoy their preferred activity choices”, explains the director of the company. According to client feedback one of the things they enjoy most is that fact that the company offers such a big range of different activities. Algarve Fun’s website offers a range of more than 200 activities, suitable for every taste and wallet, in the air, water or land.

Even during the winter months there are plenty of activities to choose from and helped create an extended tourist season for 2017 with a growing number of businesses remaining open for longer. Gary Miller suggests trips to the Zoo in Lagos, dolphin watching or caves boat trips, but also private yacht charters are popular at this time of the year for groups celebrating special events such as birthday parties, stag and hen dos, and weddings.