A Night at The Upper Reaches, Abingdon • Surf4Hub News and Blogs 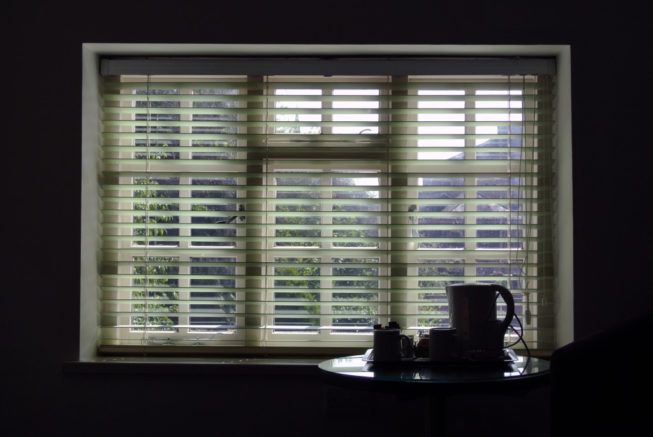 It was a super hot day, the hottest of the year so far and I was stuck in traffic in my little hot-box of a car. Then I got double road raged by a weirdo little trucker who was obviously very angry – I think he needed a poo!

I got to the hotel before Adam. There were biscuits, so I ate them. 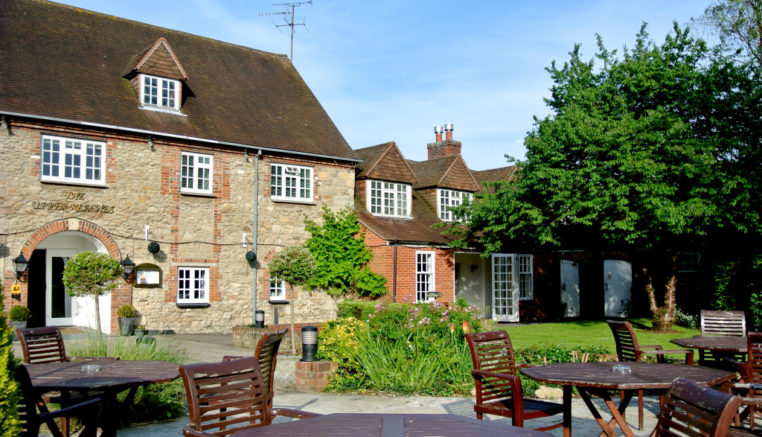 The Upper Reaches is an attractive old building with a 1960’s annex. I liked the annex, I thought it should be on a lake, with a speed boat and tall trees. 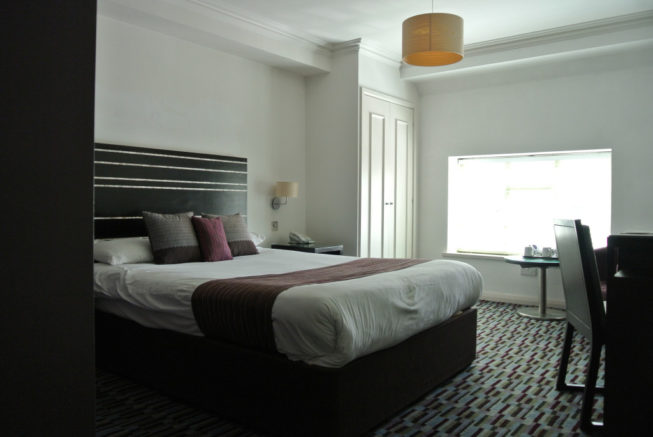 The room was pleasant, the carpet was lumpy. I expect lumpy in old buildings. There are some things you have to make allowances for when you are staying in a building that is apparently ancient. 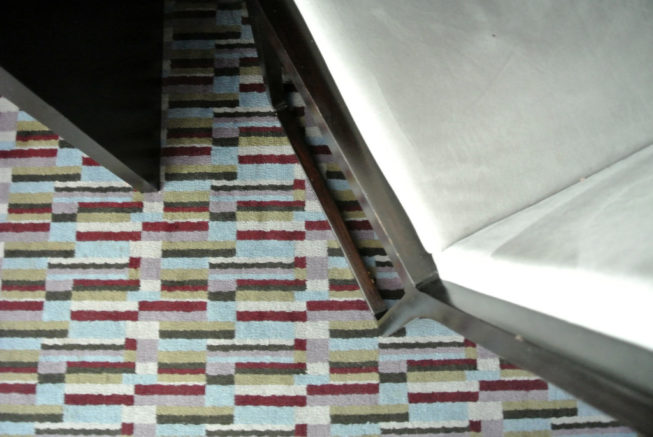 I liked the Oak leaf motif on the bathroom tiles, very Laura Ashley circa 1980. That’s not sarcasm. The bedroom was tidy, but everything seemed a bit tired, modern, but faded and worn around the edges. The armchair, or the corner where the armchair was, smelt of fly spray, and the guest comment card had dust on it! On closer inspection there was a lot of dust. 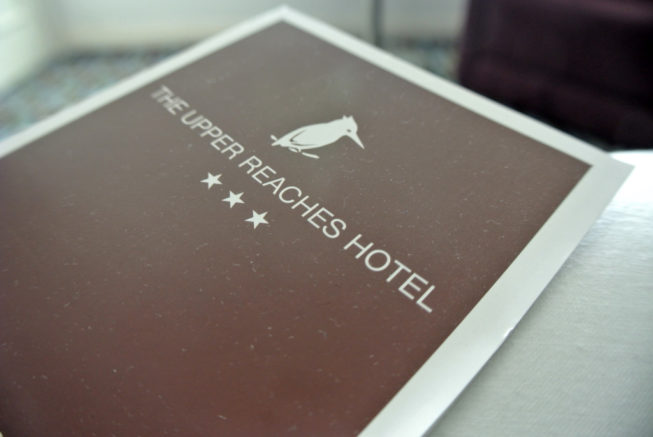 It seems they do offer a good funeral reception though (dead people don’t mind dust). 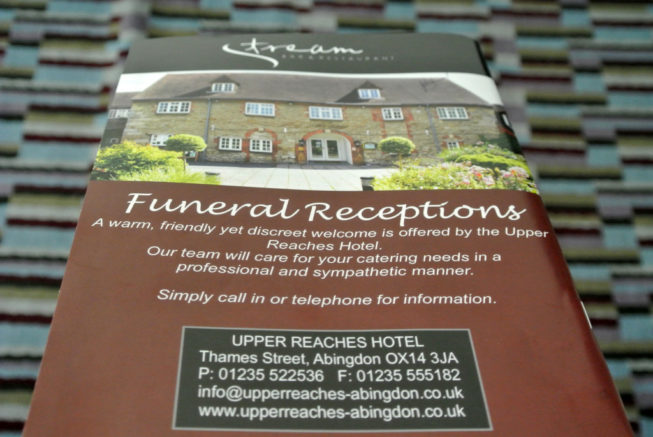 The location was great: a lovely building, quiet and pretty with an ancient stream running under the restaurant, the river Thames on the other side of the building, and the mill pond with swans and fluffy grey cygnets that would have made nice slippers. 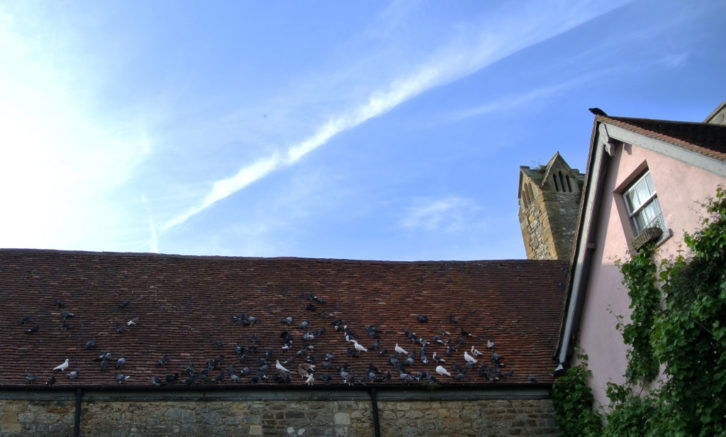 Oh, and the pigeons, the magnificent pigeons! There is a lady who lives next door to the hotel and she likes pigeons too, she feeds them a lot and they love it. 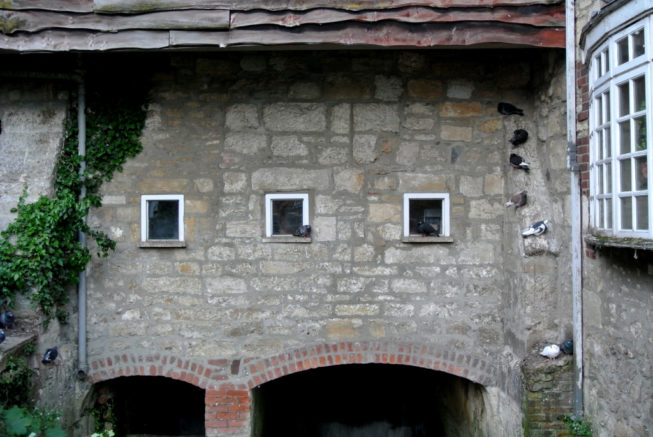 We were both tired but had a lot to catch up on, Adam had been away all week in Stuttgart and Brussels and I needed to hear about airports and hotels. We wandered around the pretty little town centre and ended up in Pizza Express. The waitresses were definitely in competition with each other (at one point I saw one push another one out of the way!) and they seemed more keen on serving the sweary old geezers sat behind me than taking our order. Perhaps if I’d tried the line, ‘You’re a good girl aren’t you?’ with a wink and a wheeze, they might have been fighting to serve us too! 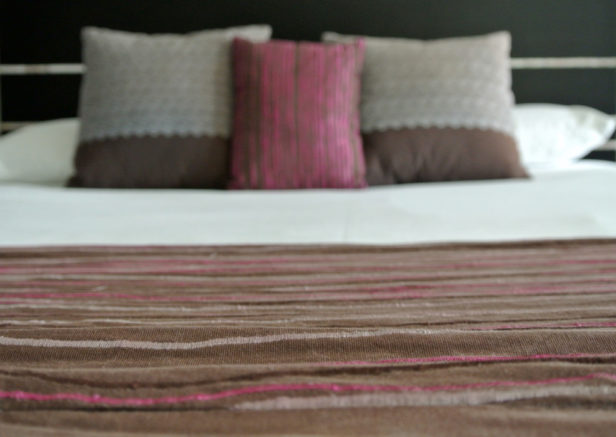 Back at the hotel we went to sleep early. It was so quiet, hot, very hot, very quiet though. The only things I heard all night were two razzing cars with dump valves and some early morning bird song.

The reception staff were wonderful. You could not fault the service. I mentioned we were going to Abingdon CARnival and within seconds I was being handed a freshly printed map.  On Saturdays they don’t start breakfast until 8am, but they were ready and willing at 6.45am to bring us tea, toast, cereal, fruit and yoghurt – with a smile.

I’d like to go back to The Upper Reaches, I’d like them to deal with the dust first, but then I’d like to go back. I’d sit outside and watch the birds, make friends with the pigeon lady, and have dinner in the restaurant whilst watching the old mill wheel sloshing slowly round.

The room rate at The Upper Reaches was £70, including breakfast for two. Considering the great service and fantastic location, (locally pretty but also close to Oxford) I think that’s really good value.

Afternoon Tea with The Biscuiteers