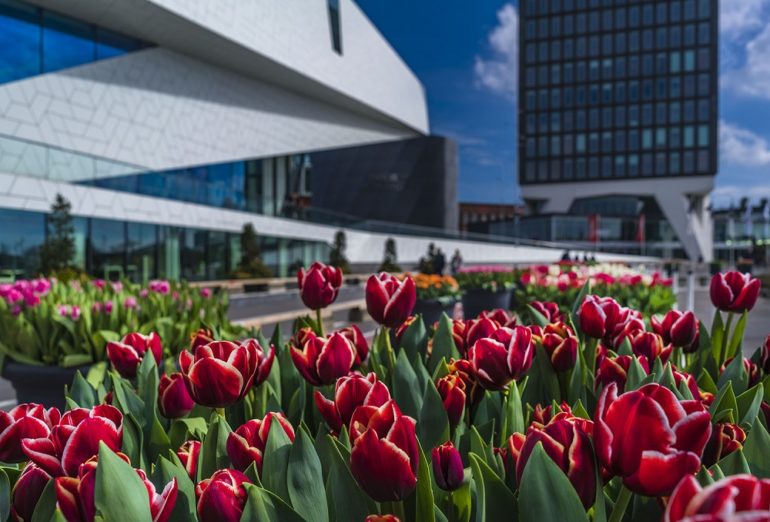 The capital will once again be blooming throughout the month of April as Tulp Festival Amsterdam returns for its fifth edition.

The greens of spring will still be budding as hundreds of thousands of tulips appear in April 2019 to paint the city all the colours of the rainbow. Tulp Festival will again be expanding and be prominently visible in all quarters of the city. From the new North/South line metro station in Noord to the Amsterdamse Bos in Zuid, along The Knowledge Mile in Oost up to and including the West tangent in Osdorp, cheerful rows of tulip filled pots will enliven the public spaces and emerge in the flowerbeds of parks, museums and hotel gardens. Tulp Festival brings the city together; businesses, residents and visitors. It invites you on a journey of discovery, and every year offers new things to explore. An informative guidebook, including a map of the festival, provides a wealth of detail about participants, locations and tulip varieties. 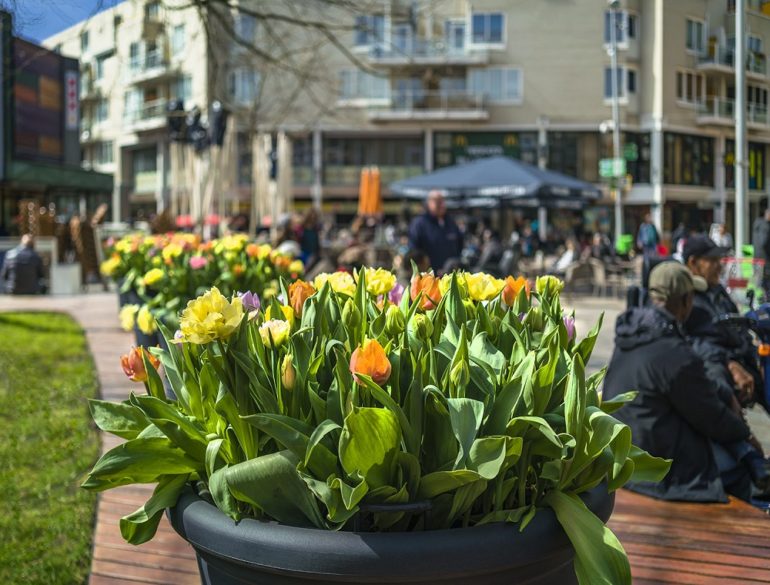 The fifth edition of Tulp Festival Amsterdam sees the addition of a number of unusual new locations, and the christening of new varieties of tulip. Tulips will mark the spot of the new Noord/Zuid line in Noord, and the West tangent bus line in Osdorp. The Amsterdamse Bos is celebrating its 85th anniversary with the christening of the new Jakoba Mulder tulip.  Another new location will be the so-called Knowledge Mile, where all along the way – from Amstelplein to Weesperstraat via Wibautstraat – displays of sustainably cultivated tulips will line the streets. They will also be on show in various other spots, among them Circl on the Zuidas and opposite the Hilton Hotel on the Apollolaan in Zuid. In 2019 this hotel will be the site for the christening of the new Peace tulip, in commemoration of John Lennon and Yoko Ono´s world-famous Bed-in for Peace demonstration, which took place there 50 years ago. Regular visitors to the Tulp Festival will also enjoy the familiar ´tulip ribbons´ which will connect significant spots all over the city. 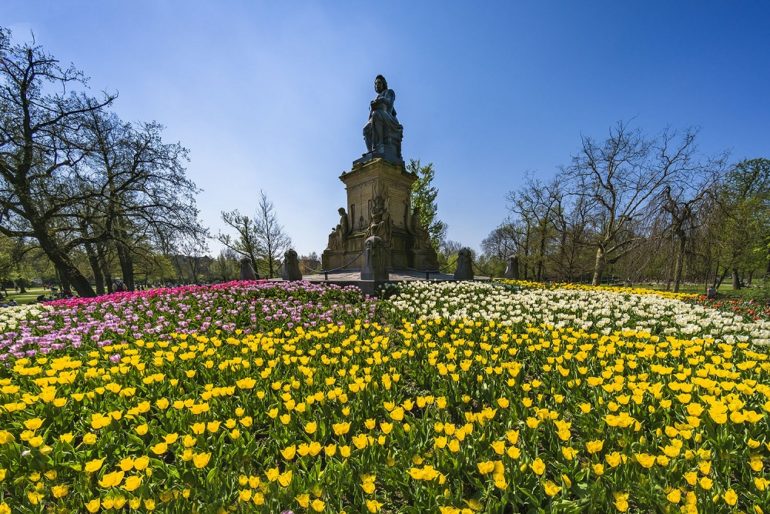 About the Tulp Festival Amsterdam

Saskia Albrecht is the founder of the Tulp Festival; garden designer and for more than ten years, together with the Museum Van Loon, organiser of the Open Garden Days in Amsterdam. A few years ago she had the idea of organising a tulip weekend: Amsterdam has the reputation of being the tulip city, but that is not really reflected in public spaces. In 2013, on the return journey from the famous tulip festival in Istanbul – 14 million tulips are planted there annually by the council – Saskia Albrecht dreamt up the idea of starting a similarlyhuge festival across the whole month of April in Amsterdam, with a tulip for every Amsterdammer. That would mean more than 830.000 tulips, a dream that must one day become a reality. 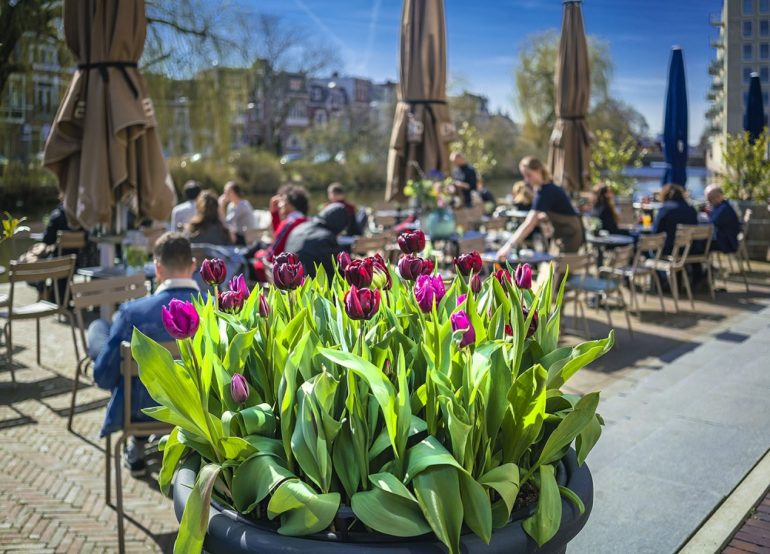 Amsterdam and the tulip

Amsterdam and tulips are often spoken of with the same breath. Once, at the start of the 17th century, Dutch envoys brought back tulip bulbs from the palace gardens of Constantinople. In no time at all tulips were all the rage in Amsterdam: bulbs were sold before they could be harvested from the ground, so the new owner could only guess at what they’d bought. For a time the salesmen made a fortune, until eventually it got completely out of hand: in 1637 three bulbs were sold for the same price as an Amsterdam canal house. The government brought in pricing restrictions and the market collapsed. Many went bankrupt, cartoons lampooned the tulip mania, but the tulip survived and became forever associated with Amsterdam. Still, in more recent years the tulip has increasingly disappeared from the streets; a fact that became apparent and led to a new initiative: Tulp Festival was born. Tulp Festival is a charitable organisation with the goal of making the tulip visible in the capital once more, and eventually planting a tulip for every individual Amsterdammer.

Bringing a Bit of Spring Cheer Indoors with Blossoming Gifts