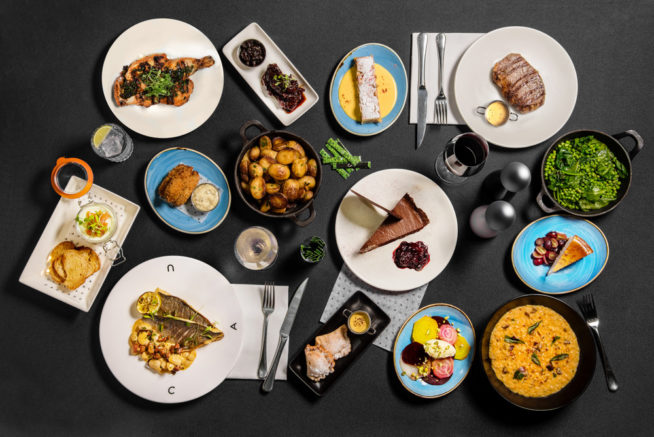 I’ve always wondered why that upon reaching a different country for whatever reason, the fact that I live in England suddenly fills me with gloom and a bubbling resentment. Almost immediately, everything English becomes almost purgatorial, and London becomes the epicentre. Dominoes Pizza, pigeons, the tube, B&H Gold, Morrisons, Mrs Brown, her boys, glossy mags, Wetherspoons – it all seems a long, hard slog to be as uninteresting and mundane as is possible.

Even with wonderful Christmas fast approaching, English culture dictates the facilitation of flashing photoluminescence and all manner of cheap plastic horrors with faces etched with wide-eyed, flushed-cheeked glee. The attempts made by those living off the M20 to Kent in distracting road users with their decorative frivolities should be deemed criminal rather than as fondly clichéd.

The term “Grinchy” shall apply when Christmas spirit is in short supply, etc.

Thankfully, you can always rely on a good restaurant to take you away from it all for a short while. My summertime frequenting of the CAU in St Katharine Docks, for example, will certainly continue. A little piece of South American steak heaven on the waterfront, surrounded by yachts, away from shirtless builders and the depressions of the ever increasing price of a 99 Flake – what’s not to love? CAU have 23 different branches stretched across the UK – two in Manchester – and a little in Europe, and it turns out that they have a pretty good Christmas destination in their armada. And to find it, you’ll sadly have to leave the country. Oh the shame. 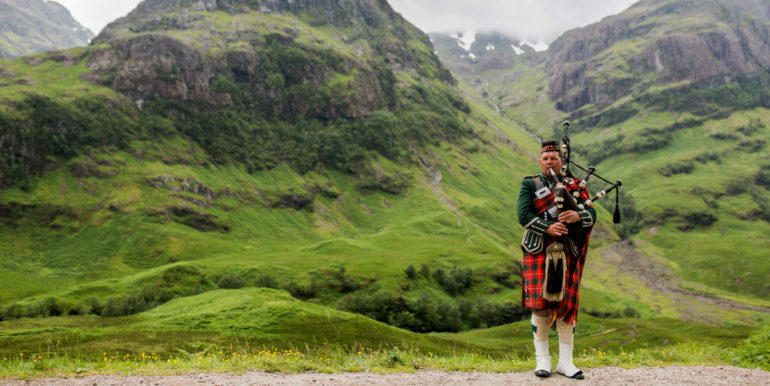 Scotland, a place where they can really do Christmas properly – and no more so than in Edinburgh, the capital. Outlandish cold, tasteful decorations, a huge number of spires and monuments to be spotted with every head turn, the distant echoes of a bagpipe or haggis being played, the fact that the sunset arrives at three in the afternoon; the Burgh has the lot. CAU have an outpost here and, despite being a South American steak restaurant, they’re right with the programme.

‘Do Christmas Differently’, as it must be named, features CAU’s shot at the winter holidays. A word of warning, they do presume that you’ve friends or living relatives, as their Xmas menu is only available to parties of eight or more. Dress the elves up and ready yourself for a meat feast.

With two courses coming in at £24 each or three for £29, this is budget by the best budgeters in the steak business. Fans of Gaucho will notice familiar tastes and surroundings as CAU is the cheap younger brother, allowing everyone and his reindeer the chance to enjoy oozing steaks and chunky chips at far from inordinate prices. Come on, Heston, where’s the Fat Duck version? 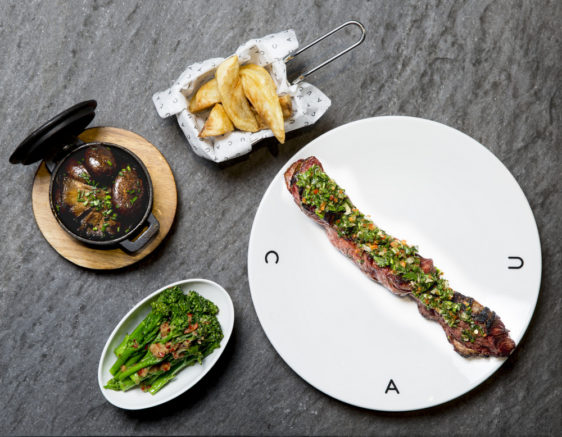 A choice of four starters, seven mains and four desserts await. CAU pride themselves on their croquettes, among other things, and have filled one such batch with lamb to be served with a bitty caper and herb mayonnaise. Their continuing crusade to prove that us English are starved of a pig’s real benefits continue with malmado glazed pork cheeks backed up with a spiced chutney, while potted salmon, sourdough and a cucumber crème fraiche will appeal to anyone looking to save room for their main, as will their beetroot carpaccio with goat’s cheese and crushed pistachio.

Penny and I cracked open our bottle of the ‘Paint it Black’ Malbec (£39.95) as our mains arrived, slowly adjusting to the heat and planning our excursion to the Edinburgh Winter Market at the foot of The Mound afterwards. The Mound, out of interest, was formed by a team of (surely) maniacs who dumped approximately 1,501,000 cartloads of earth onto the previously drained Nor Loch between the years 1781 and 1830. It connects New Town and Old Town and is not pleasant to climb.

Penny seems to have caught some sort of climbing bug however, seeing as she now lives at the bottom of this unnecessary slope, and took me up Arthur’s Seat, a veritable mountain, the day before. They say that Edinburgh girls traditionally used to bathe their faces in the dew on the slopes facing Holyrood in East Edinburgh on May Day to make themselves more beautiful. I thought about giving her a push a few times, you know, for tradition.

CAU have two traditionally Christmassy dishes for their mains, coupled with four choice cuts of steak, and a sea bream. Their quince glazed brick-grilled spatchcock chicken is both a mouthful to say and a particularly holiday-inducing dish. Topped with pomegranate chimichurri and cranberry, this wee old chicken can be paired with braised winter cabbage, peas and spinach, and roast new potatoes in a lemon and parsley butter. No turkey here, but we are doing Christmas differently, lest we forget.

The rib-eye, sirloin, rump and the Tapa de Cuadril (top rump slice, the Brazilian way) are here in force, and considering how good they are, you’ll see no argument here. I tackled their Lomito (fillet of rump) back in their Wimbledon (London, England) branch and it remains the best rump I’ve had to date (sorry Penny). 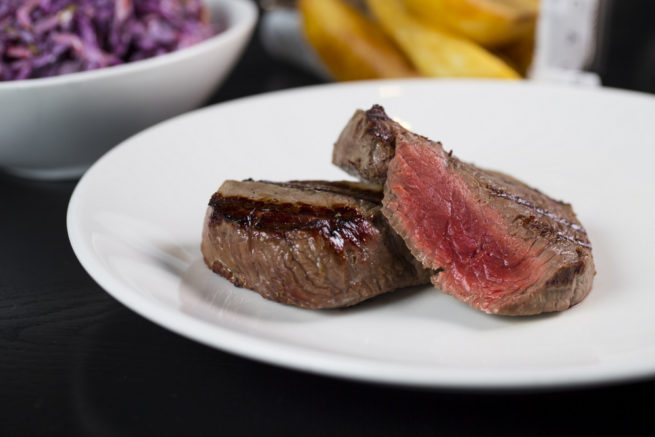 A winter risotto with roasted chestnuts and salted cheese, as well as the aforementioned sea bream with butter beans, completes the main menu. And if you have room, there’s dessert. And if you don’t have room, dessert.

The mince pie empanadas are a shameless amalgamation of Christmas and Latin America, but oh… They also have a membrillo tart with cardamom custard, which is a Spanish quince-paste tart with spicy custard for those of us without our chef hats on, and a mulled wine cheesecake with syrup grapes.

A chocolate torte with blackberry compote and chocolate tuile completes the set, and stands as surely the go-to for every child in Edinburgh and beyond, let alone the full-to-bursting girlfriends who just have to have a bite and then leave the rest to you as a dare.

As Penny and I broke out into the bitter cold and cobbles of Castle Street, we saw the iconic Edinburgh Castle bathed in subtle red light on Castle Rock. No student is expected to enter it before graduation for fear of failing, a tradition stretching back further than the distant oil rig ablaze in the Firth of Fourth, the estuary from the North Sea visible from our perch.

I felt like I left something behind when I returned to London two days later. I suppose everyone feels a sense of loss on returning from holiday. Handing in your room key as you leave the hotel, packing up your blanket after a long day baking in the sun playing cards, leaving the theme park after a day of mental, saying goodbye and diving back into the daily grind, and the horror of returning home to find you’ve not a penny to your name.

But London isn’t really so bad. And it has plenty of CAUs.

Click here for CAU’s exclusive Christmas menu, and to book a table 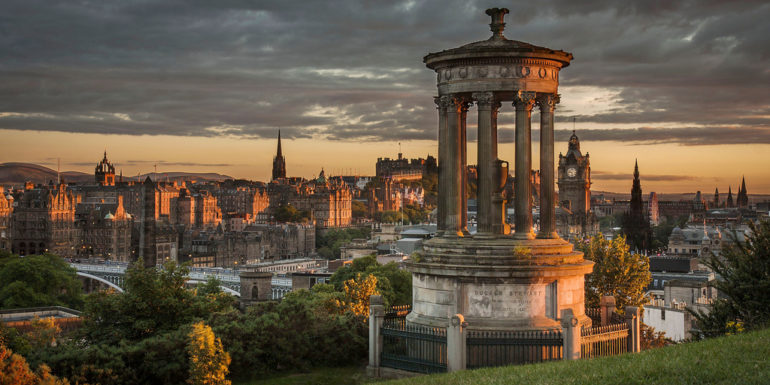 What More Could A Girl Want