Wallet-watchers looking for a holiday where their pounds will stretch furthest should head to Bulgaria, according to this year’s Post Office Travel Money Holiday Costs Barometer, which compares costs in 19 European beach resorts. Tumbling prices in Sunny Beach have made the Black Sea resort even cheaper than a year ago and the best bet for a bargain break for the fourth year running. 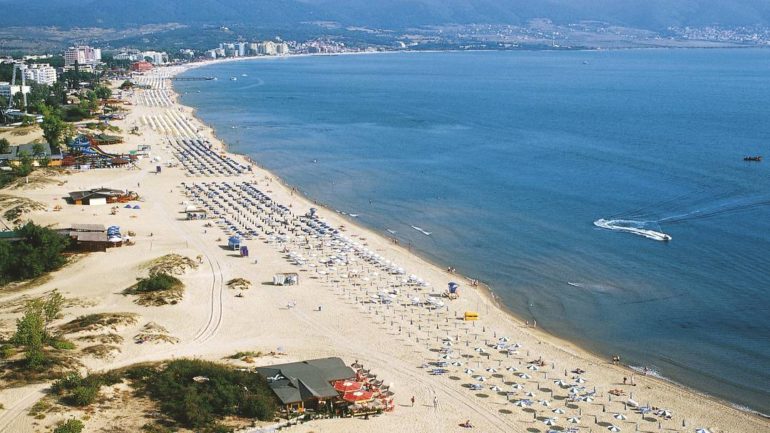 At around £37, the Post Office barometer basket of 10 tourist staples – comprising lunch and evening meals, drinks, suncream, insect repellent and a daily newspaper – costs 10 per cent less in Sunny Beach than last year, despite the weaker pound. An evening meal for two with wine will set UK visitors back less than £20, while lunch for two is under £6 and suncream is cheaper than the lowest-priced UK bottle at £3.72. Post Office research also found tourist costs in Sunny Beach to be lower than at any time in the past five years.

Sunny Beach is the largest and most popular beach resort in Bulgaria, located in a picturesque and ecologically clean gulf on the Bulgarian Black Sea coast, close to the town of Nesebar, the yacht port of St. Vlas resort and the international airport of Varna (30 km).

Andrew Brown of Post Office Travel Money,  said: “Tour operators have already reported that holidays to Bulgaria are selling like hot cakes and our research makes it clear that Sunny Beach will offer cash-strapped holidaymakers unbeatable value this year.

“Meal costs are really the deciding factor in Bulgaria’s favour. Over the course of a week’s holiday, lunch and evening meals for two will cost less around £175 in Sunny Beach but this could mushroom to over £600 in more expensive resorts in France or Italy. If you haven’t already booked a holiday do your homework to find a resort which best fits your budget.”

The Algarve is again the runner-up resort to Sunny Beach, although holiday costs are 56 per cent higher than in Bulgaria at just over £58. The Portuguese hotspot remains cheapest of 14 eurozone resorts surveyed and around £2 cheaper than the Costa del Sol (£61) in third place. Prices in both destinations are less than half those in Ibiza (£131), the most expensive resort surveyed.

In the Eastern Med Marmaris (£68) is the cheapest of seven resorts surveyed in Turkey, Greece, Cyprus and Malta. Although local prices have risen 11 per cent in a year, the Turkish lira is the only European currency to have weakened against sterling and a 15 per cent year-on-year dip in its value makes the barometer basket in Marmaris four per cent cheaper than 12 months ago. The same 10 barometer items cost 40 per cent more – £95 – in Sliema (Malta).

Post Office Travel Money researchers again found wide cost variations between resorts in the same country. In Spain the Costa del Sol remains a bargain choice for UK holidaymakers but they can expect to pay 25 per cent more for the barometer items in neighbouring Costa Blanca (£76). Prices in Majorca (£89) are 47 per cent higher than in the Costa del Sol although they are almost a third cheaper than in Ibiza.

There are differences too between the four Greek islands surveyed for the Holiday Costs Barometer. Crete, ninth in the table, is cheapest at just under £82 for the tourist staples, while Zante (£82) is a few pence more and Kefalonia (£84) comes close. However, tourists visiting Corfu (£90) can expect to pay 10 per cent more.

In Croatia, Porec (£79) is again far cheaper than Zadar (£109) and has risen to seventh place in the barometer table. Prices in the resort on Croatia’s Istria peninsula are 27 per cent cheaper than in Zadar further south and are also 15 per cent lower than five years ago.

Porec is one of six resorts where UK visitors will pay less than they would have done five years ago. The biggest falls have been in the Costa del Sol and Sunny Beach, where prices have plunged by over 20 per cent since 2012. However, Post Office researchers also found that prices have risen 44 per cent in Nice and 61 per cent in Sorrento since then. As a consequence, both resorts remain among the three most expensive surveyed.

Andrew Brown said: “Picking a resort where you will get the best bang for your buck is one way to protect the holiday purse but there are others. Firstly, get holiday cash before leaving home to avoid poor rates at the airport or in ATMs abroad. There are improved exchange rates when you change £500 or more, the average spent abroad by UK tourists, so get enough cash in advance to avoid being charged for credit and debit card transactions made abroad. If you prefer to pay with plastic, load cash onto the new Post Office Travel Money Card when rates are at their best and you won’t pay transaction charges abroad.”

£1.6 Billion a Year Spent on Impulsive Purchases Via Social Media