Through the Grapevine: exploring the wine regions of France • Surf4Hub News and Blogs

Get ready for thirst-quenching adventures through the wine regions of France, from Champagne to Provence, and their local specialties. 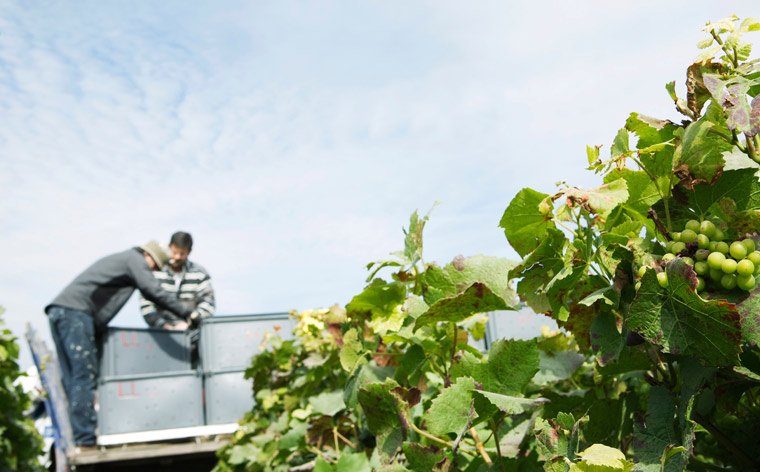 Wine. The sweet, tangy, smooth elixir that punctuates a meal and elevates spirits. White, red, rosé, or sparkling – France boasts some of the world’s most reputed wines and champagnes. Many French wines are classified by the region their grapes are cultivated in under the label AOC (Appellation d’origine contrôlée). The AOC they are identified as should reflect the unique qualities of the area’s soil and climate. Recognising the more than 300 AOC wines in France can be tricky, but all-the-more reason to get out there and try them all!

Exploring the regions from which their grapes are grown will have you rolling through endless hillside vineyards in the Rhone valley, tickling the German border in Alsace, and dipping your feet in the Atlantic near Bordeaux. Serve yourself a fresh glass of inspiration with our guide to the wine regions of France. 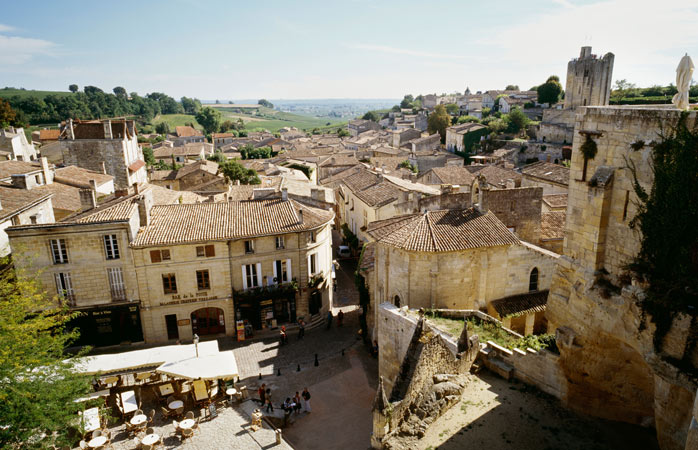 The wine region of geo-specific appellation Bordeaux is literally “au bord de l’eau” (by the waterside). The Garonne flows on one side, the Dordogne on the other, the whole ending up in the Gironde estuary before throwing itself into the Atlantic. The unique sandy soil makes for unique grapes, inspiring local vinotherapy with the grape seeds rich in minerals and antioxidants.

Get an eyeful and a mouthful in UNESCO World Heritage site Saint Emilion for its monolithic church and ancient ruins, and a taste of some delicious red wine. A stop through the port city of Bordeaux would be a great gastronomic interlude – don’t miss out on the entrecôte a la bordelaise, a beef rib steak cooked in a deep red wine sauce. As you follow the estuary with the quaint carrelets (square fishing nets) dotting the banks, you’ll reach Médoc. 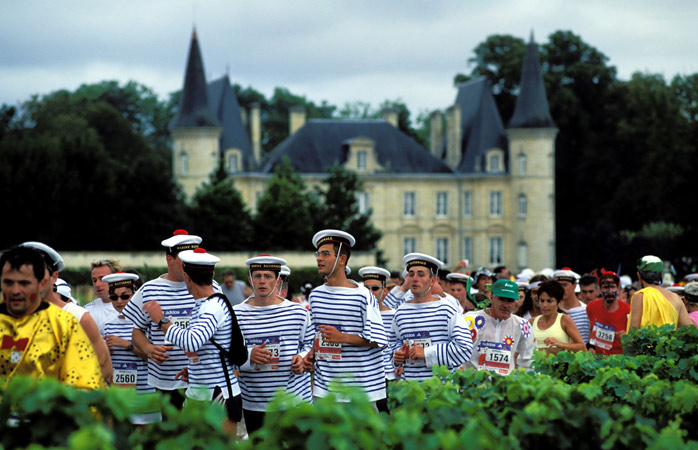 Médoc AOC comes to mind when speaking of prestigious French wine. A list of Grands Crus (regional wine classification) dating back to 1855 will help guide you across the top wine estates like Château Mouton Rothschild in Pauillac. An annual tradition since 1945, the estate has invited artists like Dali, Picasso, and Jeff Koons to design a wine label making each year unique both inside and outside the bottle.

If you’re up for the challenge, sign up for the Marathon du Médoc in September – a costumed marathon punctuated by 22 stands with wine-tastings and “snacks” (oysters, steak, cheese). 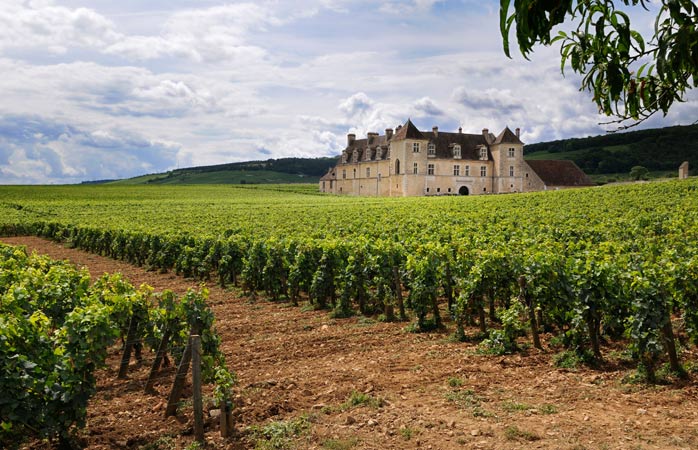 The wine region of Burgundy has a unique reputation for world-class wines as home to the most expensive red wines in France – bottles from the estate Domaine de la Romanée-Conti average around £10,000. Professionals and connoisseurs return every year in November to attend the wine auction in Beaune where high-quality wines from the Hospices de Beaune vineyards are sold. Events surrounding the auction are a great opportunity to taste local products, rare vintages, and wines from all over the region.

Cruise along the D974 from Beaune to Dijon, driving past Nuits-Saint-Georges AOC and the Château du Clos de Vougeot (a historical 12th century vineyard cared for by Cistercian monks). A visit to Burgundy requires a visit to Dijon, a city famous for its mustard, but also for its aperitif drink of cassis liquor (blackcurrant) in white wine. When in Dijon, the city of a hundred bell towers, make sure to pass by the side of the Notre-Dame church to participate in the tradition of rubbing the sculpted owl on its facade – a left-handed rub when passing it from left to right will grant any wish (supposedly). 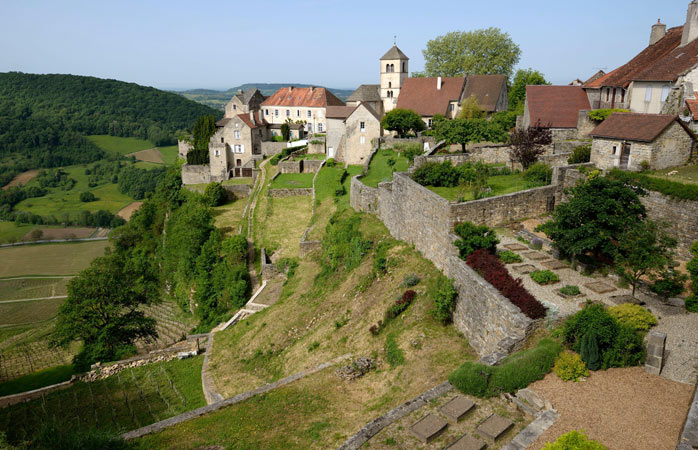 Between Burgundy wine region and the Swiss Alps hides the smallest wine region of France. Yet to be over-run by tourism, the region maintains a hillside charm, perfect for popping-in for a chat at the 200-or-so wine producers in the region. The best kept secret of the Jura is the Vin Jaune (yellow wine) – a prestigious wine composed of 100% Savagnin grapes, harvested late in the season, and matured for at least six years.

The Vin Jaune to look out for is Château-Chalon AOC for its aromas of nuts, spices, and sometimes ginger – best left to decant one day before drinking. The high-perched medieval city of the same name conceals Le P’tit Castel, a traditional restaurant, where the staff like to pair spicy Jura wines with a copious plate of Poulet de Bresse AOC (premium Bresse chicken) with Morilles mushroom cream. 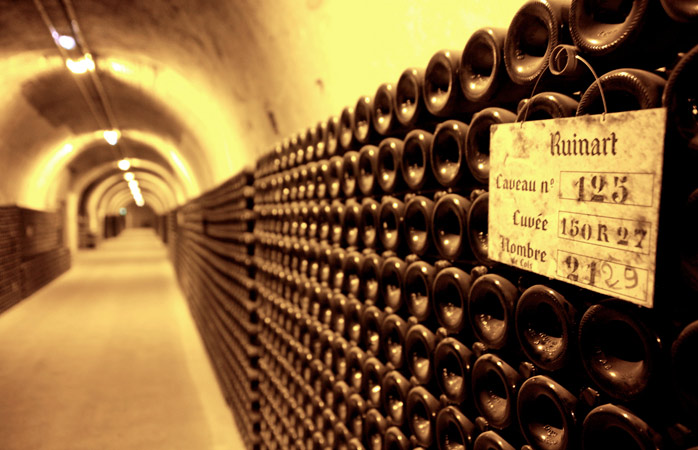 The heart of Champagne is the city of Reims. Climb the tower of the 13th century cathedral, with its stained glass windows designed by Marc Chagall, for a bird’s-eye view of the region. The oldest bubbles in Reims are in the cellars at the 1729 Ruinart house. The endless kilometres in the Pommery cellars, where 20 million bottles of champagne collect dust, are a must-see when contemporary artists illuminate the stone walls with temporary art installations.

Take a 25-minute drive to Epernay, and walk down Avenue du Champagne, with its giant champagne cork roundabout. On this street, you’ll have the chance to visit Moet et Chandon’s cellars and taste the champagne Dom Pérignon, named after the monk considered a pioneer of sparkling wine making. 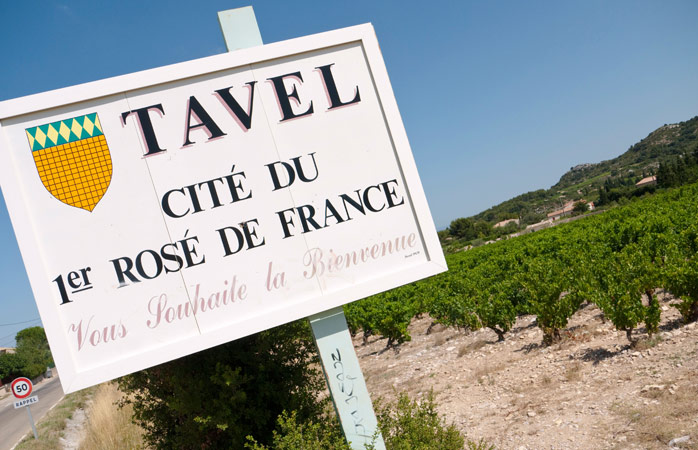 The 200-kilometre region of Rhône wine stretches from the south of Lyon to the Luberon in Provence. In Lyon, it’s said that three rivers flow – the Rhône, the Saône, and the Beaujolais. The launch of the young Beaujolais wine (although considered its own appelation), makes for a city-wide celebration in Lyon in November when most restaurants serve the wine known as Beaujolais Nouveau.

Higher quality wines are the Rhone region’s pride like the Chateauneuf du Pape AOC. An elite rosé wine, Tavel AOC, hides deep in the Rhone valley, where a chalky or red pebble soil produces a dry, aromatic rosé known as the ‘wine of kings’. From there, a visit to the city of Avignon is just a 20-minute drive. Very busy during the Festival d’Avignon art fest in July, the city is best enjoyed far from the crowds while floating along the Rhône. Lend an ear to hear children singing the Pont d’Avignon nursery rhyme. 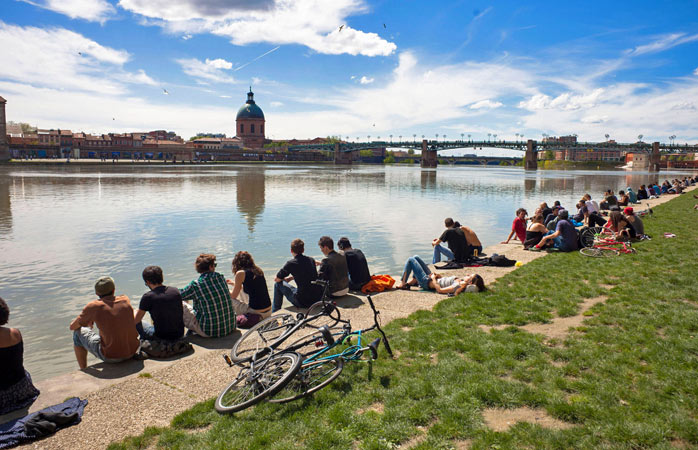 Deep, dark red wines flow in South West France. So dark, some wines produced in the Cahors AOC with the Malbec grape has been called a purple wine or black wine.

History lives in the roots of the region in a village called Sarragachies, home of the oldest vines in France. The 150- or 200-year-old vines, classified a historical monument of France, have been in the Pedebernade family for generations, in the heart of Saint Mont appellation. 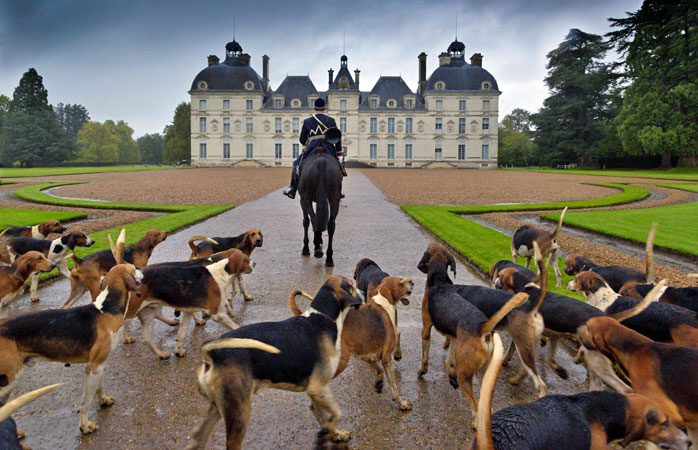 Red wines seem to have the monopole of French quality wines, but they’ve got nothing on the white wines of the Loire Valley. The largest source of white wines of France, treat yourself here to some dry, refreshing Muscadet AOC or Pouilly Fumé AOC. Local delicacies like the three R’s – rillauds, rillettes, and rillons (similar pork-based and lard appetizers) – and the Crottin de Chavignol goat cheese are a great salty contrast to the crisp white wines. Or try something new and ask for a glass of ‘grey wine’ like Touraine Noble Joué AOC, a blend of white and red grapes with fruity aromas of cherry and strawberry.

Castles along the riverbed of the Loire abound in the region, recognised as a UNESCO World Heritage site. A visit of the Château de Cheverny, a 17th century castle that perpetuates the tradition of chasse à courre (hunting with hounds), proposes a viewing of the hounds meal at 11:30am every day to open your appetite. 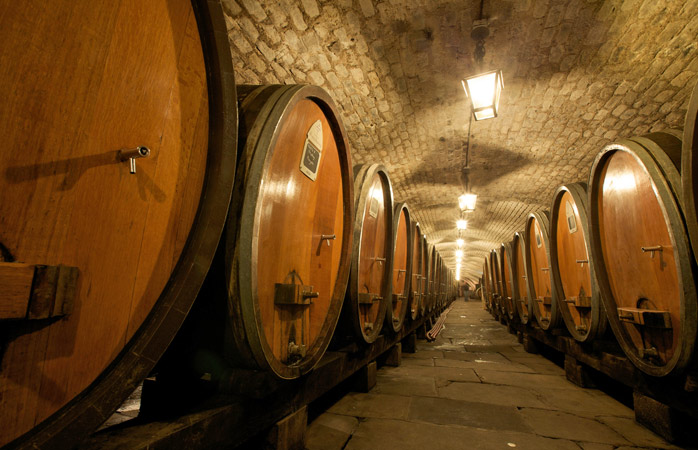 A region peppered in timber house villages and sprawling vineyard landscapes, Alsace wine region is a great place to discover delicious wine rooted in history. The German border being a stone’s throw away, a morning in Strasbourg can easily be coupled with an afternoon pretzel in Freiburg. But don’t steer too far away, there’s enough wine-tasting to keep you busy in Alsace. Find a seat in local winstub (cosy bar or bistrot) Le Clou and pour yourself a glass of the dry or fruity white wines the region is famed for. Riesling, Sylvaner  – they’re perfect served with fresh white asparagus or sauerkraut – and the fruitier Gewurztraminer – for cheeses and dessert – are wines you can easily find here.

Visit the cellars below the Strasbourg hospital to see a liquid treasure, what is said to be the oldest, most well-preserved wine in the world. Since 1395, wines from all around the region have found rest here as a token for medical care. To see the exceptional 15th century wine, you can join a free tour through the dark, underground alleys. 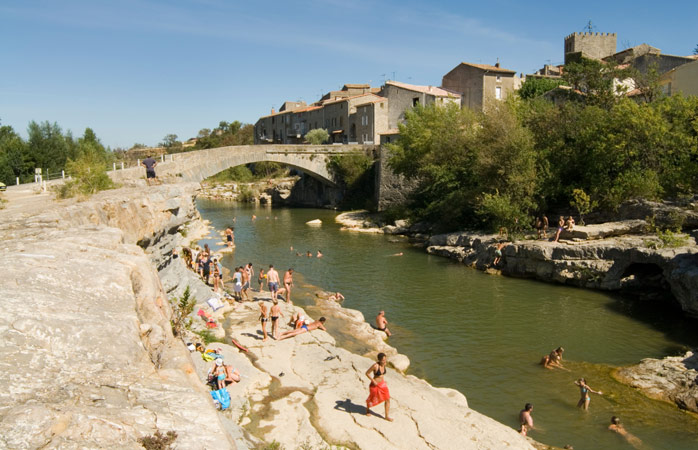 Languedoc is the most expansive wine region in France, hugging the Mediterranean coast and bordering the base of the Pyrénées. The diverse terroir, from sandy beaches to cool inland mountains, produces a palette of dense reds and light rosés and whites. Corbières is the biggest appellation in Languedoc.

Surprisingly, the Languedoc is recognised for its ancestral sparkling wine Blanquette de Limoux AOC, or Blanquette Ancestrale AOC, discovered in the 1530s when monks noticed their bottled wine fermenting a second time, long before the method reached the Champagne region. The Saint Hilaire Abbey, where it all took place, organises œno-cultural visits with a guide and a wine-tasting. 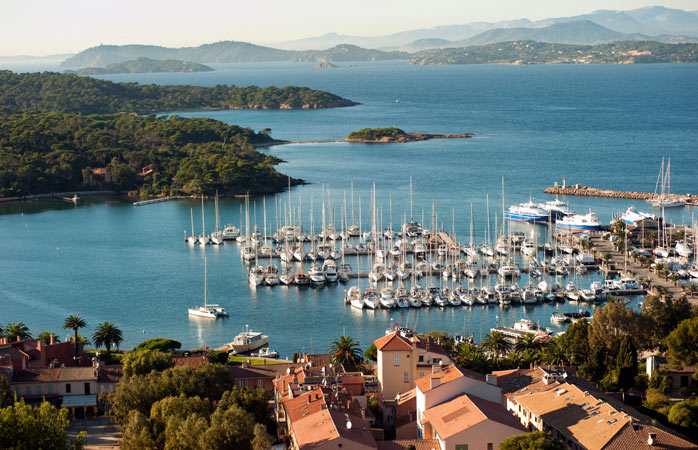 The Provence is synonym of summertime and sunshine, put that in a bottle and you’ve got the Côtes de Provence or Côteaux d’Aix. Two great rosé appellations that seem to reflect the hues of the lavender fields, and are a perfect pair for the sunny Provençale cuisine of olives, tri-coloured peppers, and seafood.

From Toulon, take a short ferry ride to the island of Porquerolles. A short stroll from the port through the red-roofed town, and you’ll be sipping on fruity, pink wines from Domaine de l’Ile, toes in clear-blue water. 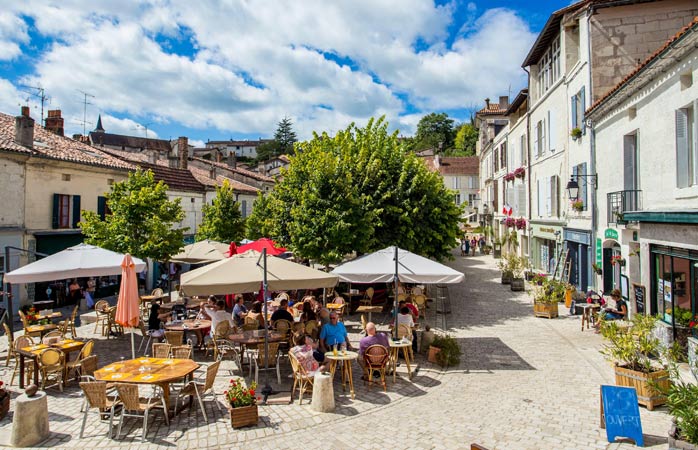 Forget the wine for a second and dip your lips in a wide-bottomed glass of Cognac. Produced only with grapes from the Cognac region, the brandy, distilled in copper pots and aged at least two years. On the top of your list should be a visit of the Hennessy headquarters, one of the world’s largest Cognac producers.

If Cognac is too strong, try a Pineau de Charente, a thick, sweet drink you get from an aged mix of Cognac and unfermented grape juice. Whichever drink you choose, small producers and traditional craftsmen can be visited throughout the picturesque Charente valley.

Make a pit-stop in Aubeterre-sur-Dronne labelled as one of the most beautiful villages of France for its underground church. Or visit Angoulême, during the International Comics Festival in January, or for a stroll through the city covered in giant frescoes and colourful street art.