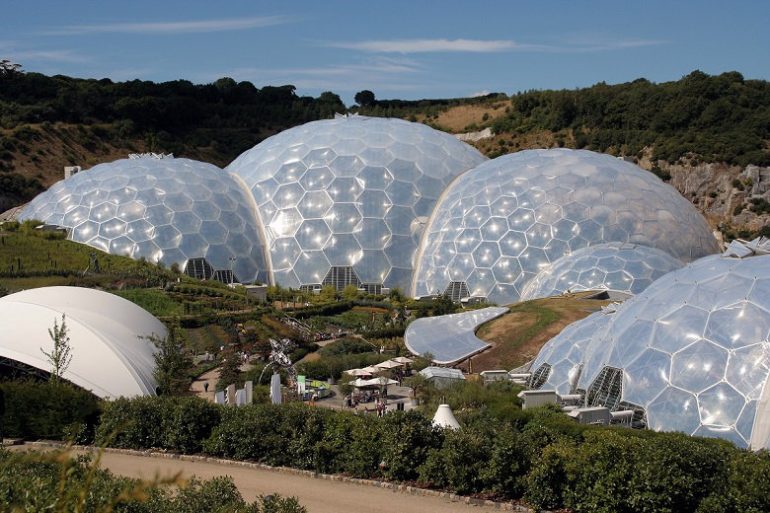 A second Eden Project has been granted planning permission with the aim of opening an additional site in the UK in 2024.

The attraction will be the second Eden Project in the country and will be constructed along Morecambe Bay, Lancashire, more than 20 years after the original Eden Project Cornwall was first built.

The project, expected to cost £125m, will be similar in design to its sister site in Cornwall, with four ‘shell-like’ domes surrounded by outdoor gardens. The project hopes to ‘reimagine the British seaside resort for the 21st century’.

The four domes have been named the Rhythm Machine, the Bay Glade, the Bay Hall and the Natural Observatory, and will be the home for hundreds of plants and fauna, as well as theatrical experiences that bring to life lunar rhythms and tides, plus education programmes for both kids and adults.

Within each area, there will be ground-breaking immersive experiences that encourage visitors to be curious about the natural world. Art, science, adventure, play and performance will all play a role. Building on the work of key partners, in a location of internationally-recognised scientific importance, the collaborative team will seek to make Morecambe Bay a place that is understood and celebrated.

Also planned at the new Eden Project will be two restaurants with both indoor and outdoor seating and amazing views of Morecambe Bay.  After dinner guests can head down to the bay and relax in a tidal pool.

David Harland, Chief Executive of Eden Project International, said: “Planning permission is a huge milestone on our journey towards making Eden Project North an exemplar project for Morecambe, Lancashire and the North of England.

“The project is now definitively shovel-ready and a compelling financial case has been made to Government. We are primed and ready to create this beacon to a green and sustainable future, be part of Levelling Up and drive economic and social enhancements across the region.

“While we are incredibly proud of what we and our partners have achieved so far, we now need UK government support to quickly bring this to fruition and maintain momentum. The attraction is aiming to welcome 760,000 guests a year and create four hundred new jobs in the local and surrounding areas.”

The Eden Project in Cornwall has greeted more than 22 million visitors since opening in 2021 and added more than £2.2billion to the regional economy. Other projects in the pipeline include Eden Project Dundee, which is hoping to be the first of its kind in Scotland.

The Meaning Behind The Flowers You Gave