Things to Love in Leuven, Belgium • Surf4Hub News and Blogs 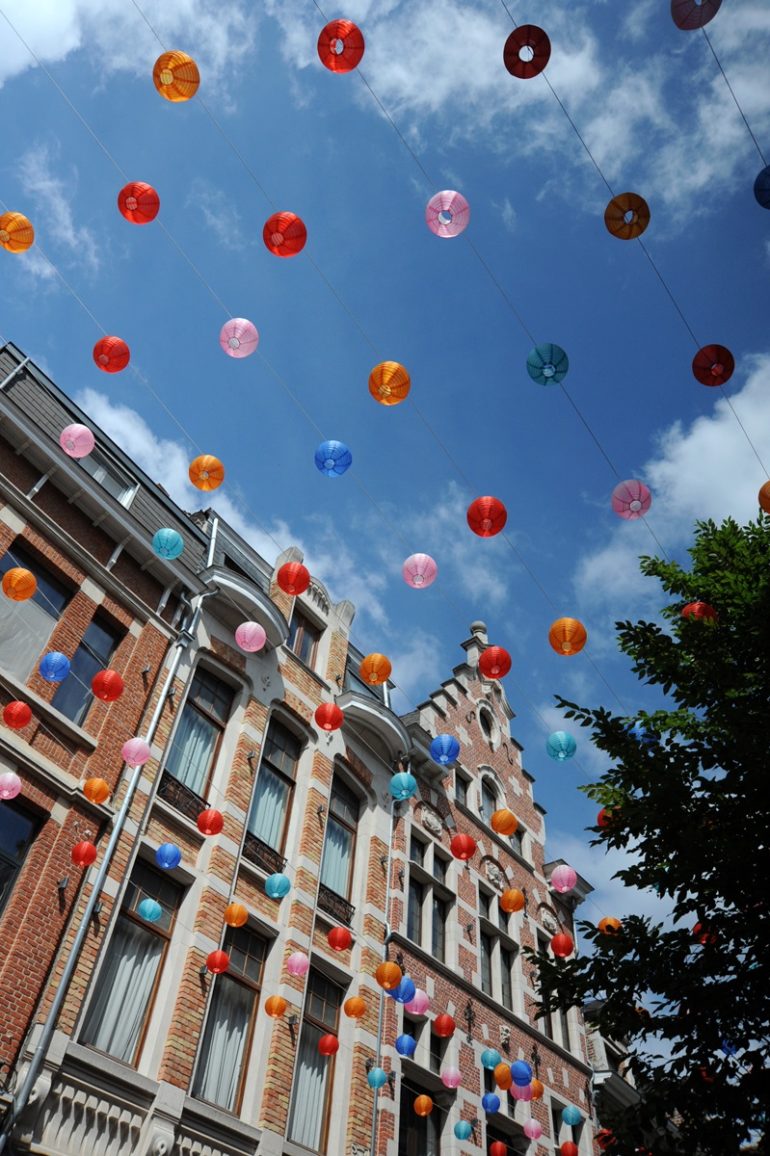 Often we celebrate midsummer with friends, and food, and long cold drinks in the sun, and bonfire leaping into the early hours (whilst Adam wows everyone with his sitar playing of Guns N’Roses greatest hits). This year was different. We spent the longest day driving across country, via ferry, up into the north of Belgium, to Grobbendonk – our pit stop in preparation for following day, and one of the best named places I’ve ever come across (although I do worry that if you say it three times fast some kind of scary gnome might appear in the mirror).

It’s been years since we’ve driven to Europe together. The last time must have been when we got as far as Stuttgart and our car blew up. (I was gutted to leave those airhorns behind!) Sometimes the easiest thing to do is to fly, and other times you just have to get in your car and take it with you, fill it with stuff, and head off on an adventure to a beautiful European city, via one of the best metal festivals in the world, Graspop Metal Meeting.

At breakfast we people-watched, guessing made-up band names and admiring tour t-shirts and long hair. One man had the golden locks of a Cavalier King Charles Spaniel, turns out he was the drummer for L7.

The day was a mixture of awesome and bizarre (as every day should be). Bizarre – Galactic Empire playing the theme from Star Wars (Imperial March, I had to look that up on Wookieepedia). Awesome – Killswitch Engage, our absolute favourites, the reason we were there. And then Iron Maiden.

After detours for roadworks and detours for detours, we arrived late in the night (early in the morning) in the city of Leuven, the only car driving up the winding streets to the Pentahotel. Silence. A glittery gold nodding-dog swayed it’s head up and down. Sleep. 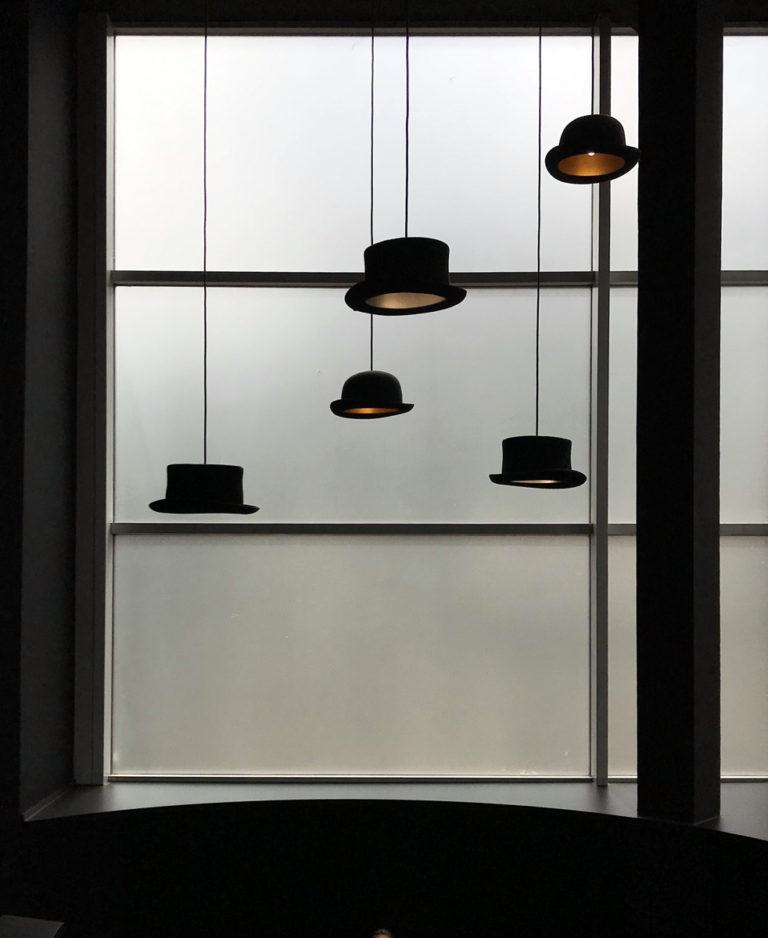 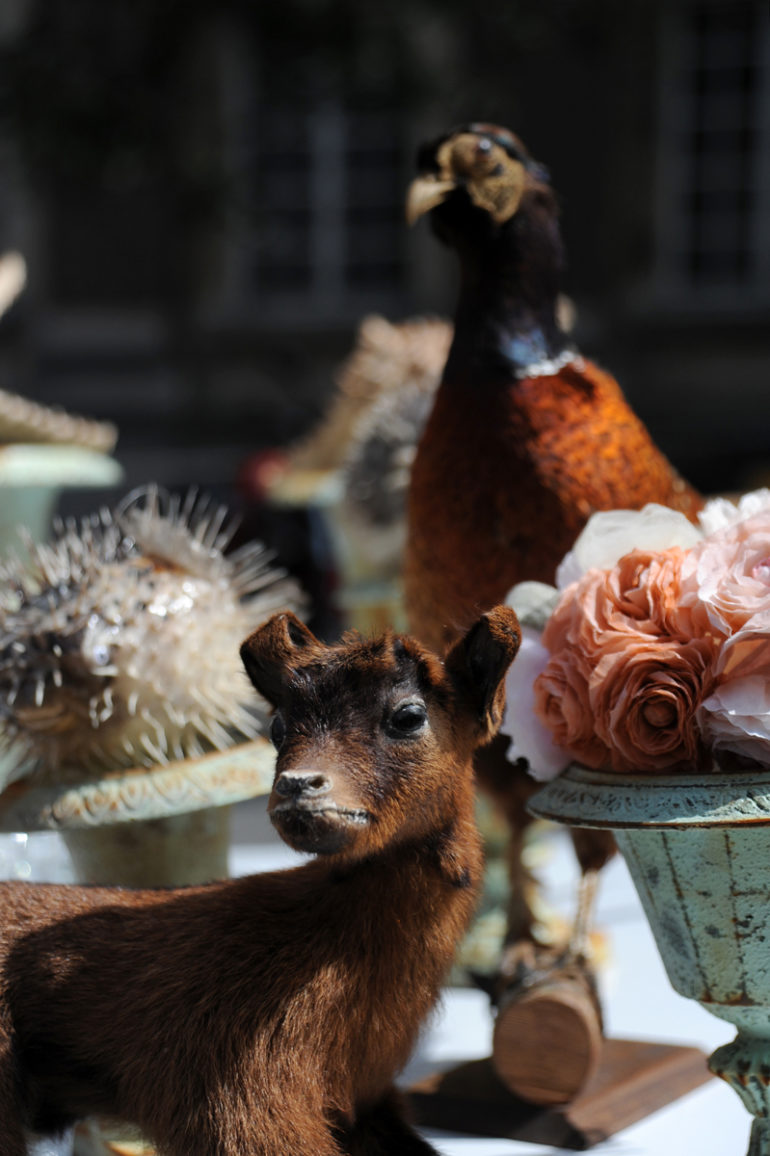 In the morning, still tired from the night before, we slowly wandered up the road to St Peters Church on Grote Markt, with dozens of market stalls streaming out in different directions. Artisan foods, flowers, antiques, a taxidermy pygmy goat. Something for everyone.

David Bowie’s Let’s Dance floated through the air from outside, the soundtrack to The Last Supper, the famous painting by Dirk Bouts, (it’s Jesus in 15th century Leuven, innit). 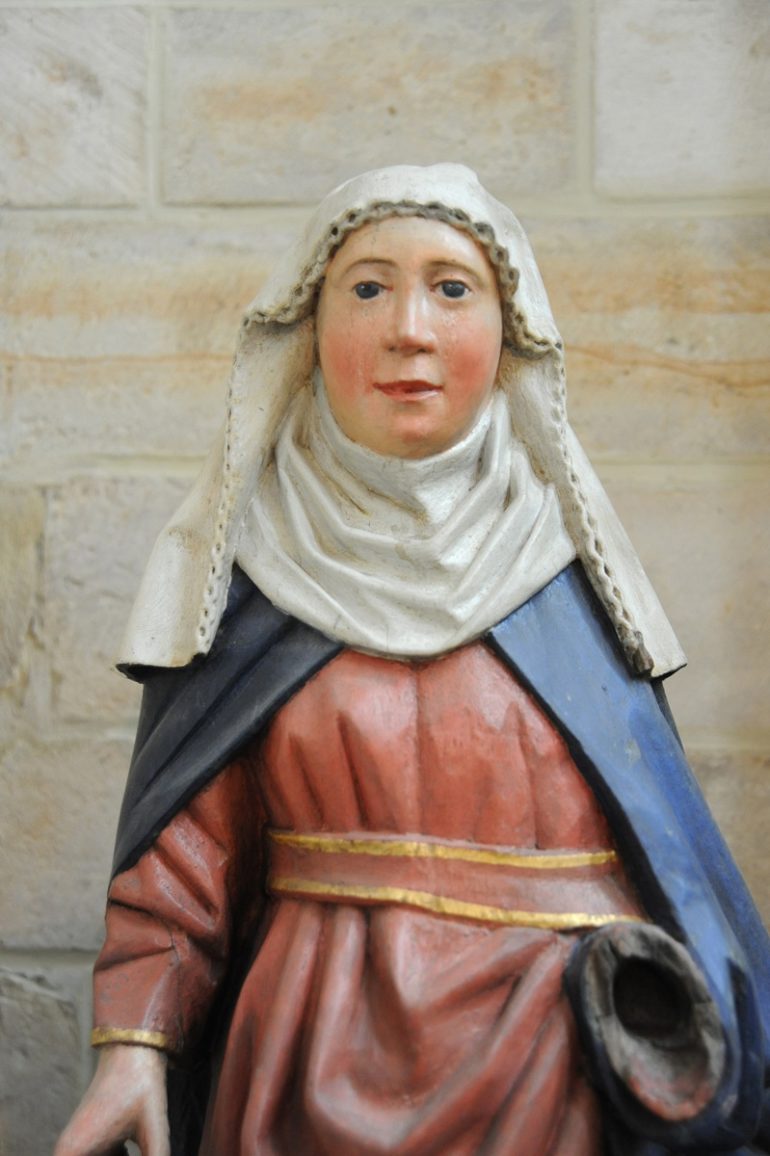 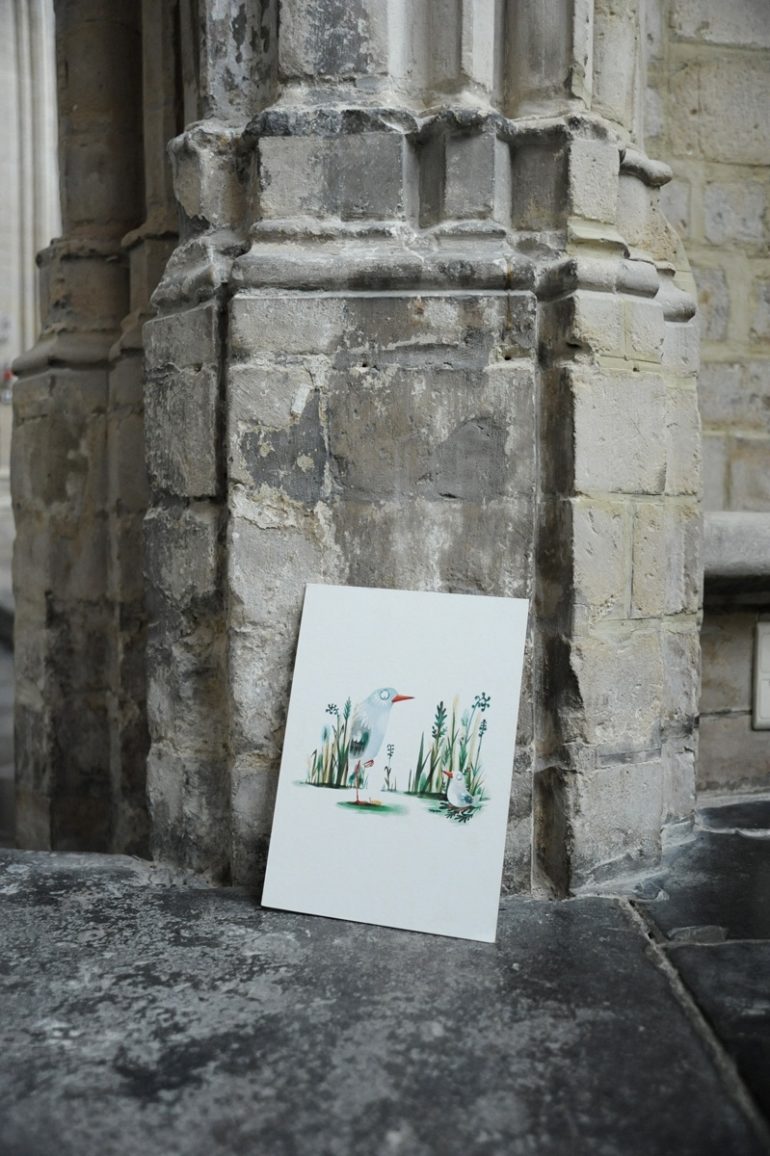 We stepped back outside and into the longest day celebrations. The market place was bustling and full of fun. A bee in a carriage rode by, flanked by stilt wearing sunflowers, then mechanical contraptions, like wind-up tin toys, space travelling rockets, 20 feet from the ground, with sweet doll faced people piloting them. A tiny car filled with goldfish drove through the streets. It was wonderfully surreal. There was some kind of hair dressing display. Trimmed tumbleweeds scattered by.

At Domus Café, with the brewery onsite, we ate mushrooms on toast and watched people pass.

Apparently they used to think the name Leuven meant ‘forest bog’, but then they realised it meant ‘beloved’. Easy mistake to make. 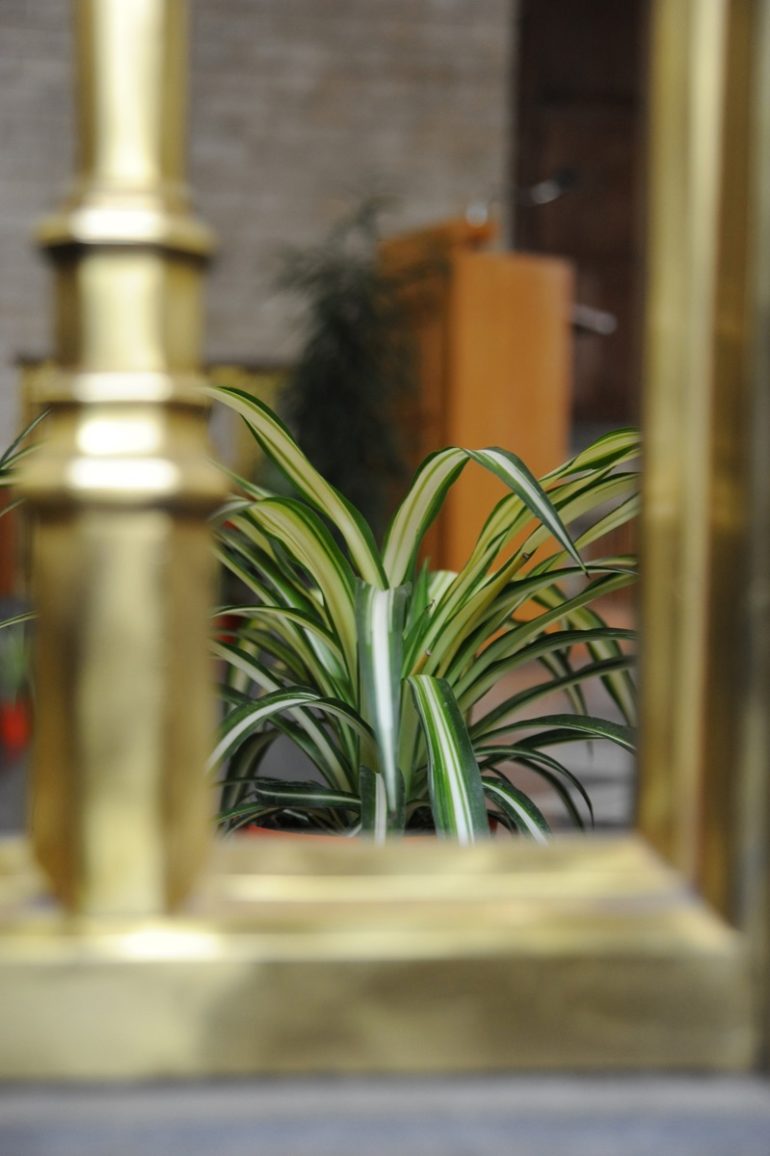 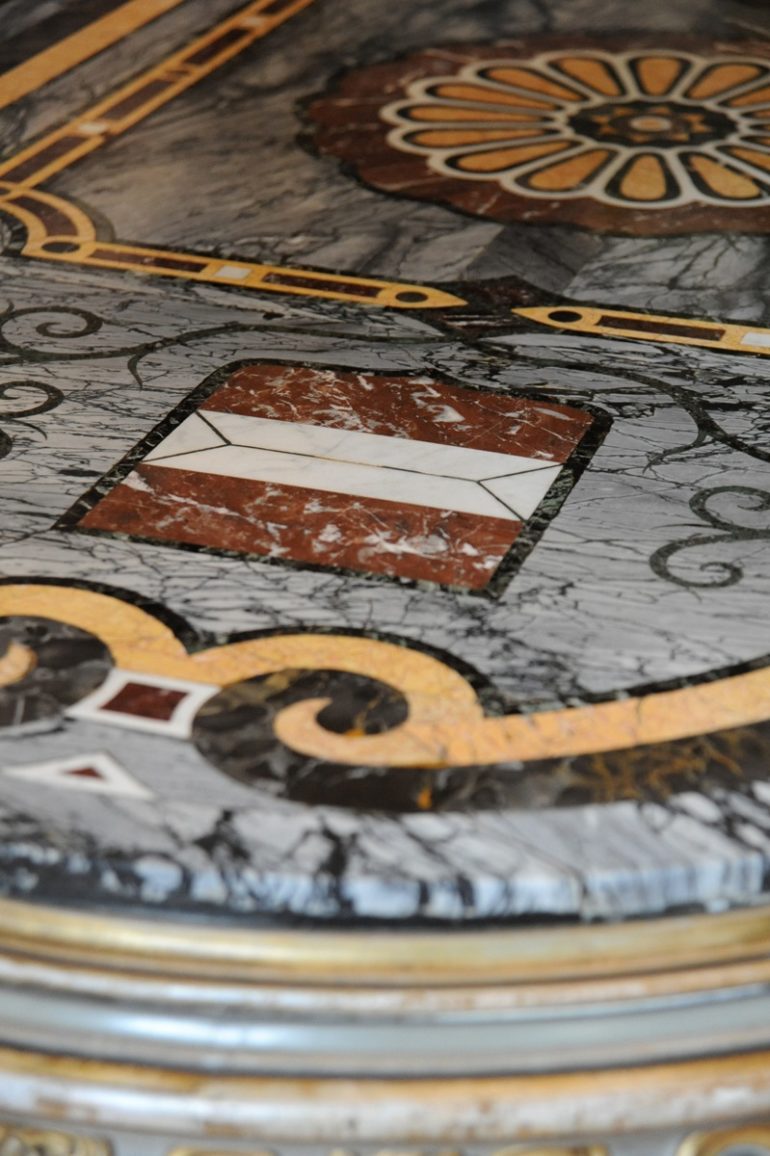 We arrived at ten to three for the daily tour of  the Town Hall. I watched a man fold his carrier bag neatly, taking great care to remove all the creases and turn it triangle into triangle, before zipping it neatly away. Adam leaned on things and tried not to fall asleep.

If you’re into your gothic architecture, then you’ll probably know Leuven Town Hall as one of the best in the world. It’s an absolute sight to behold, covered in 236 statues, tall and with lace-like edges. In Belgium, if you marry, it has to be in a town hall, so it’s here in the middle room of the three ornate salons that this happens. I was most interested in the carpets, and what was in that fridge in the corner of the abundantly ornate third room. 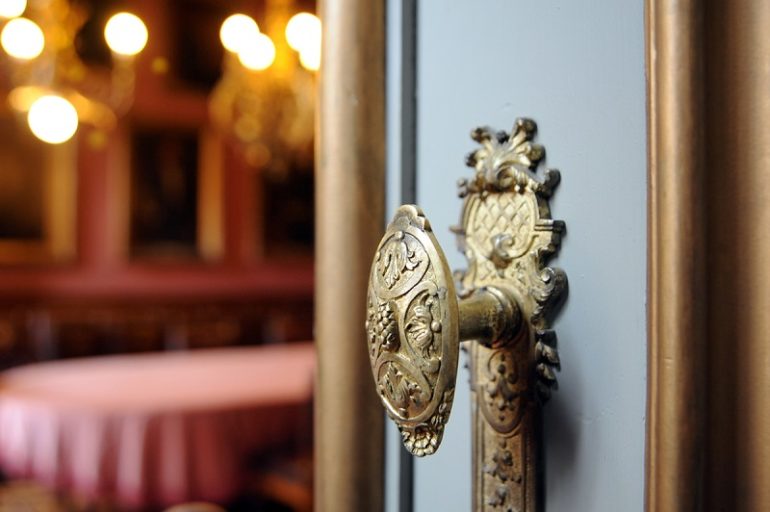 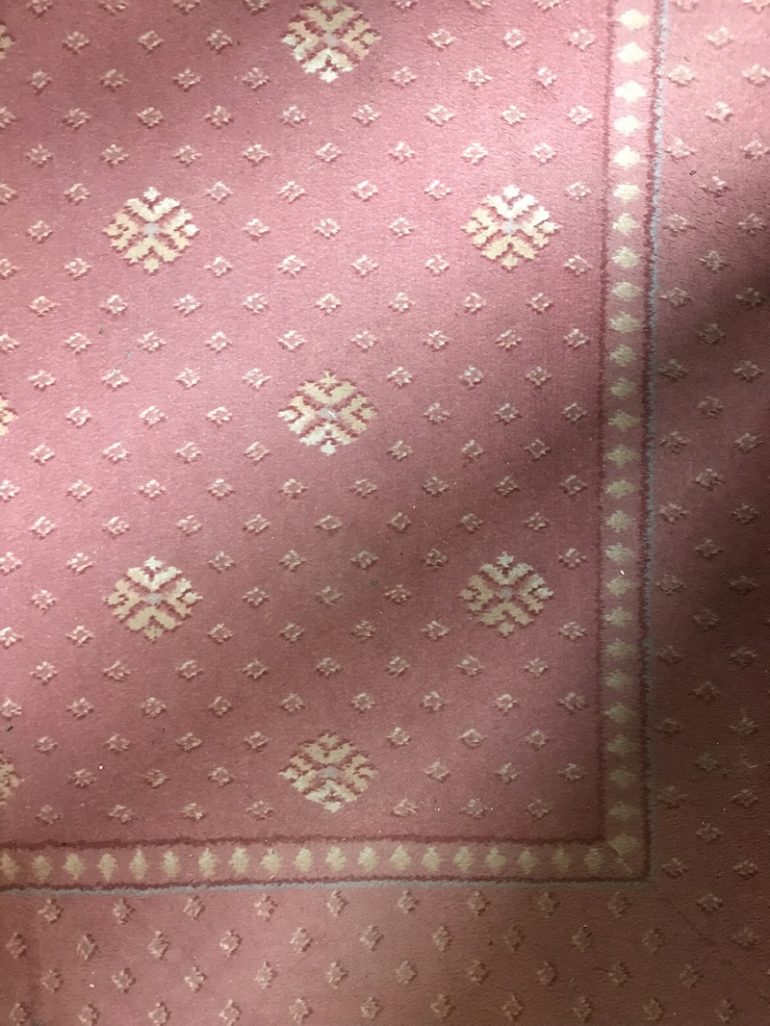 In the evening we went for dinner at Zarza. A long established restaurant in the city, aiming to reinvent themselves as a gastronomic destination, they’ve a lovely bright garden room at the back of the building, and a great selection of beers, which they pair with the menu. 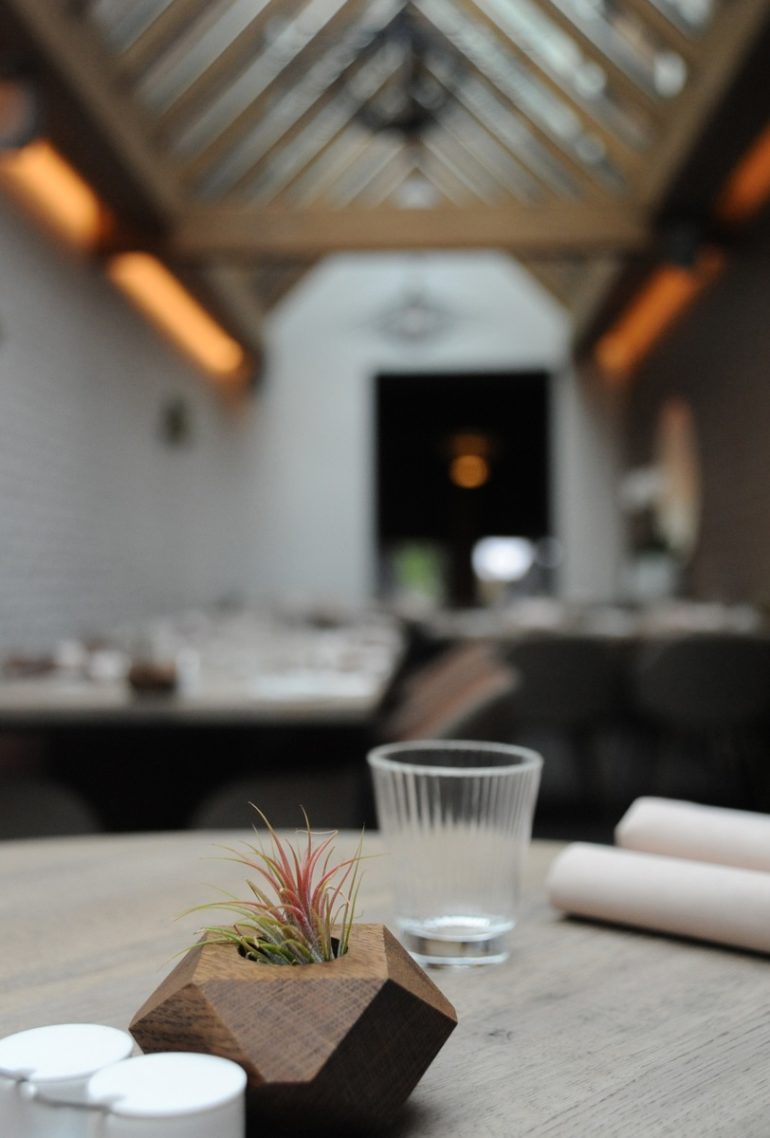 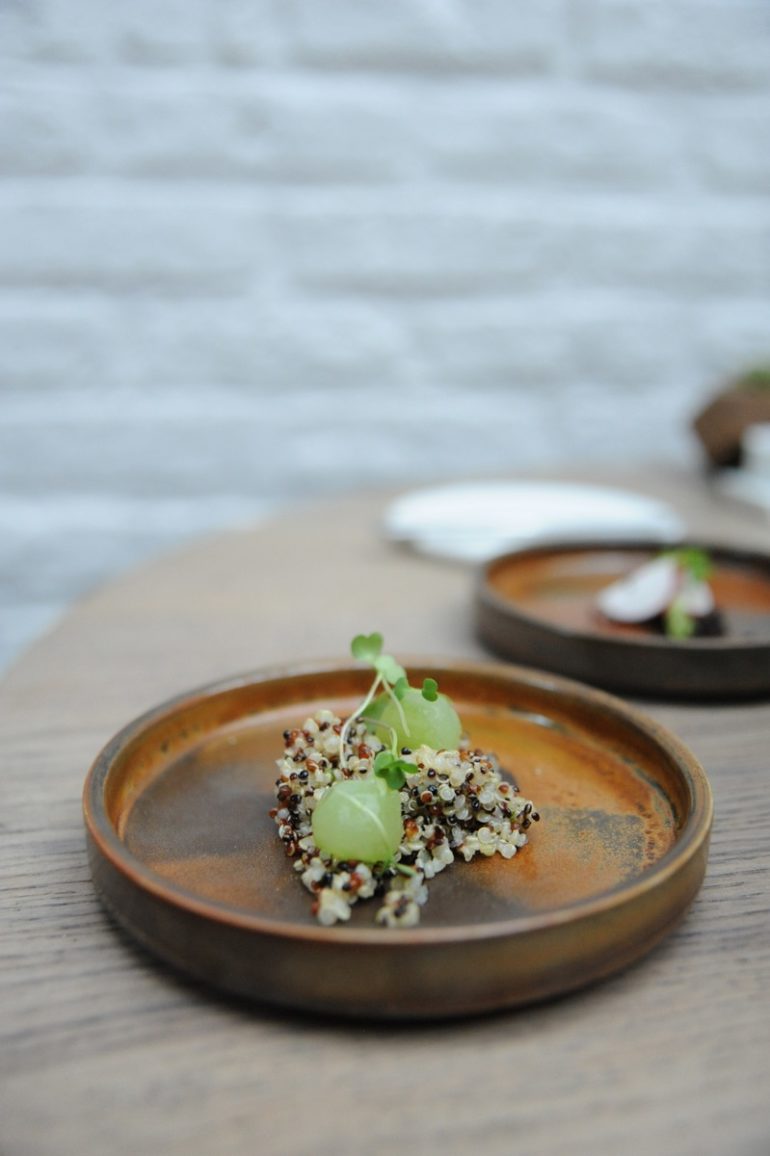 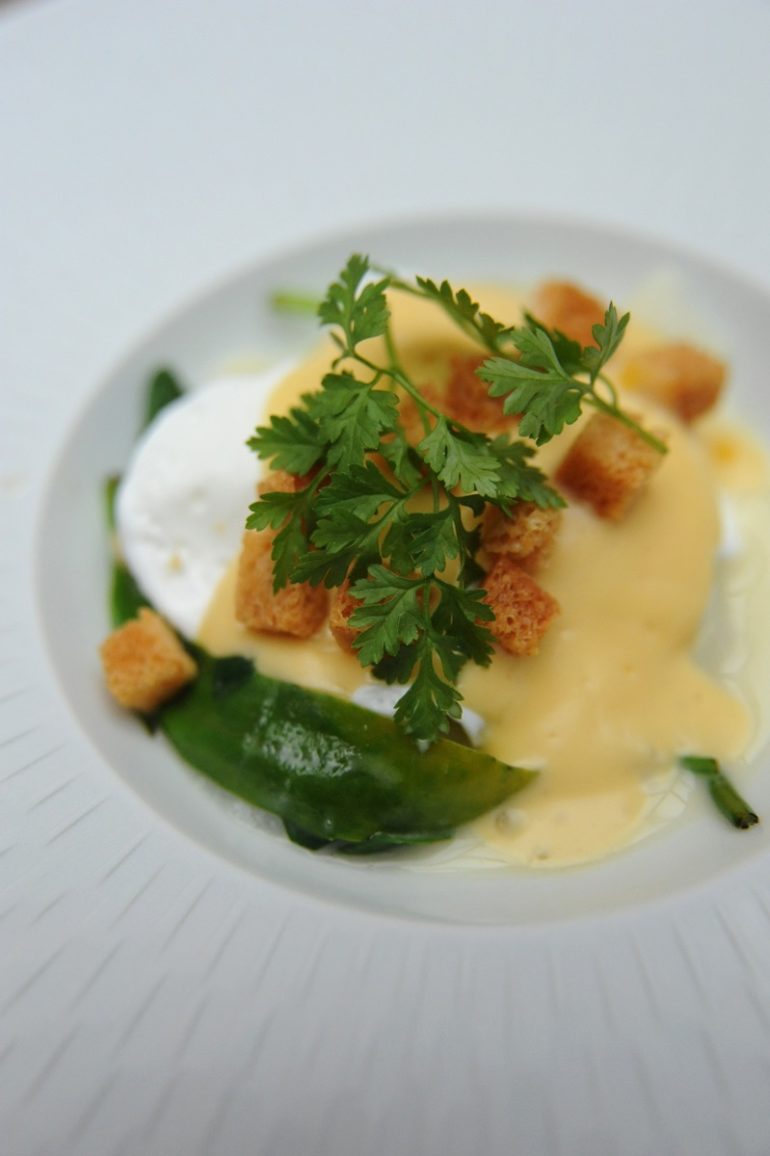 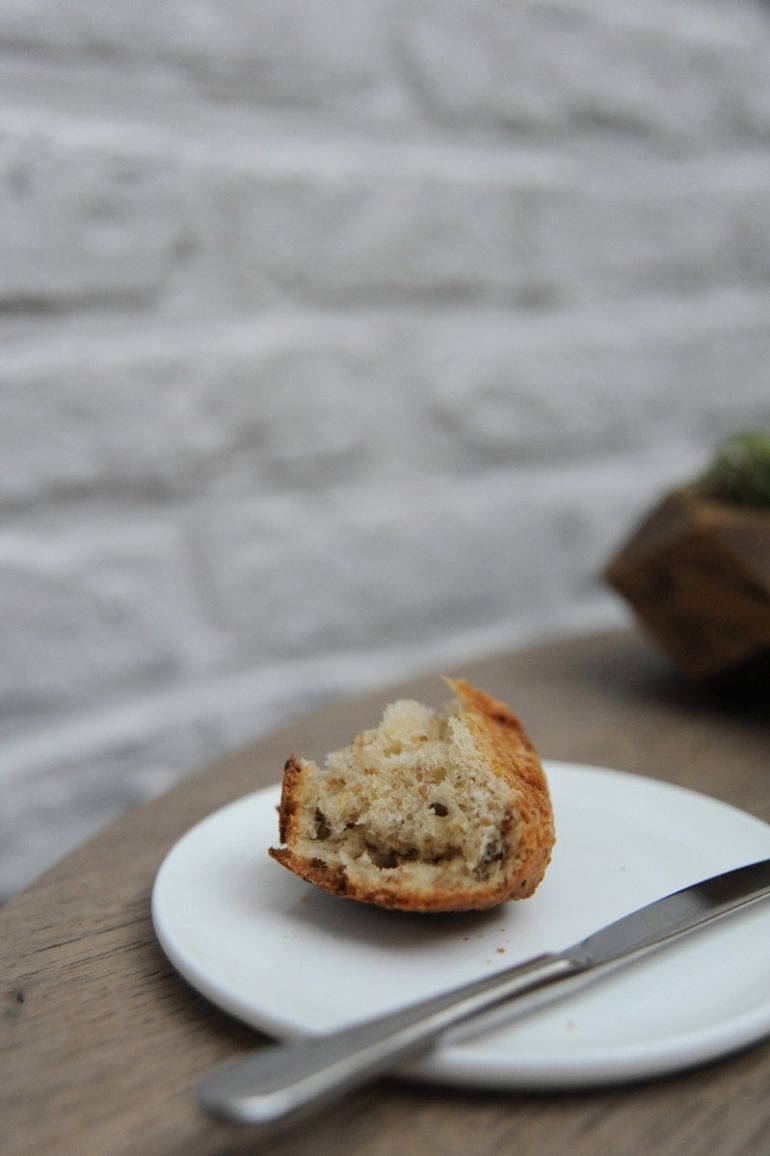 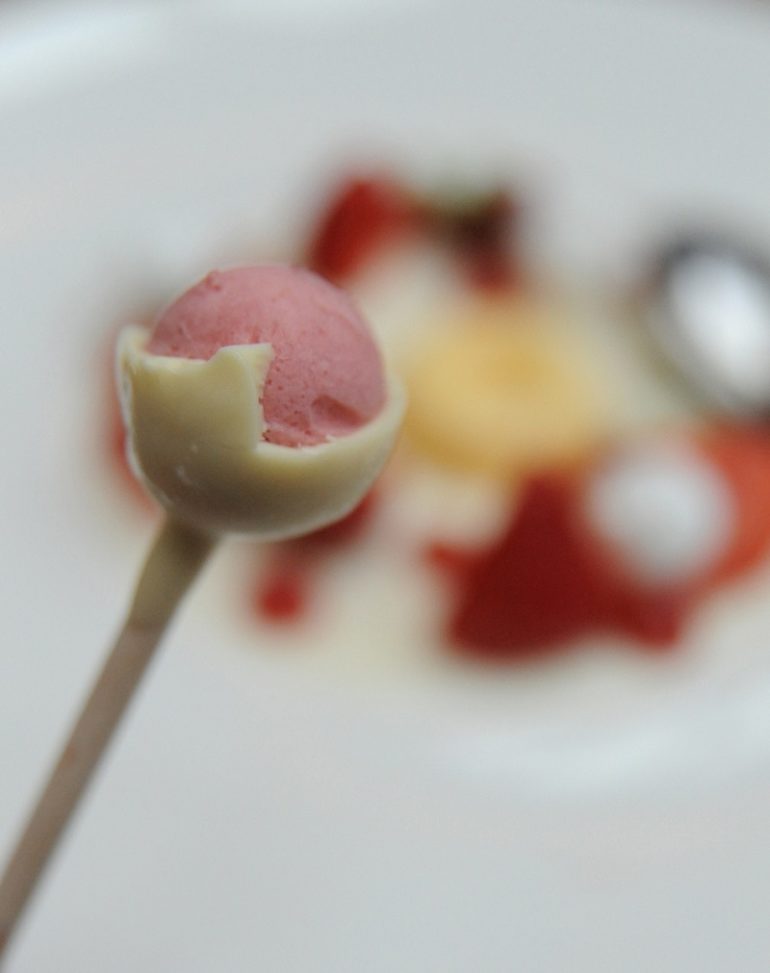 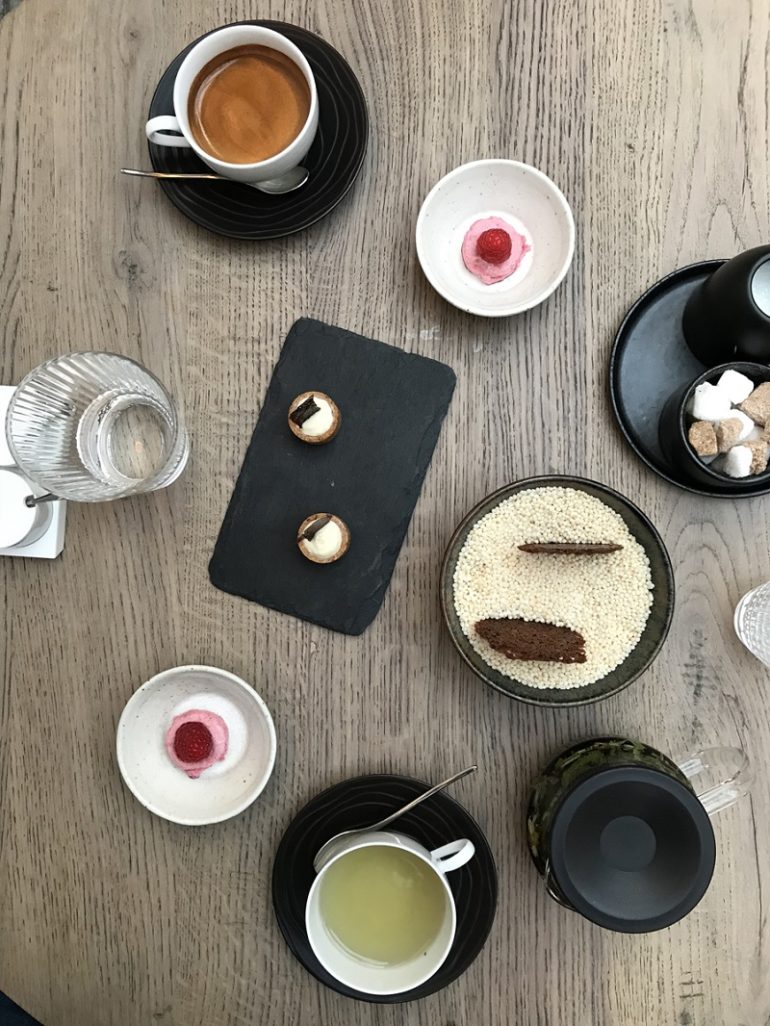 Apparently Leuven’s Oude Markt has the longest ‘bar counter’ in Europe, full of pubs and bars and terraces. However tempting that sounded, we were totally zonked, full of food, and ready for bed. 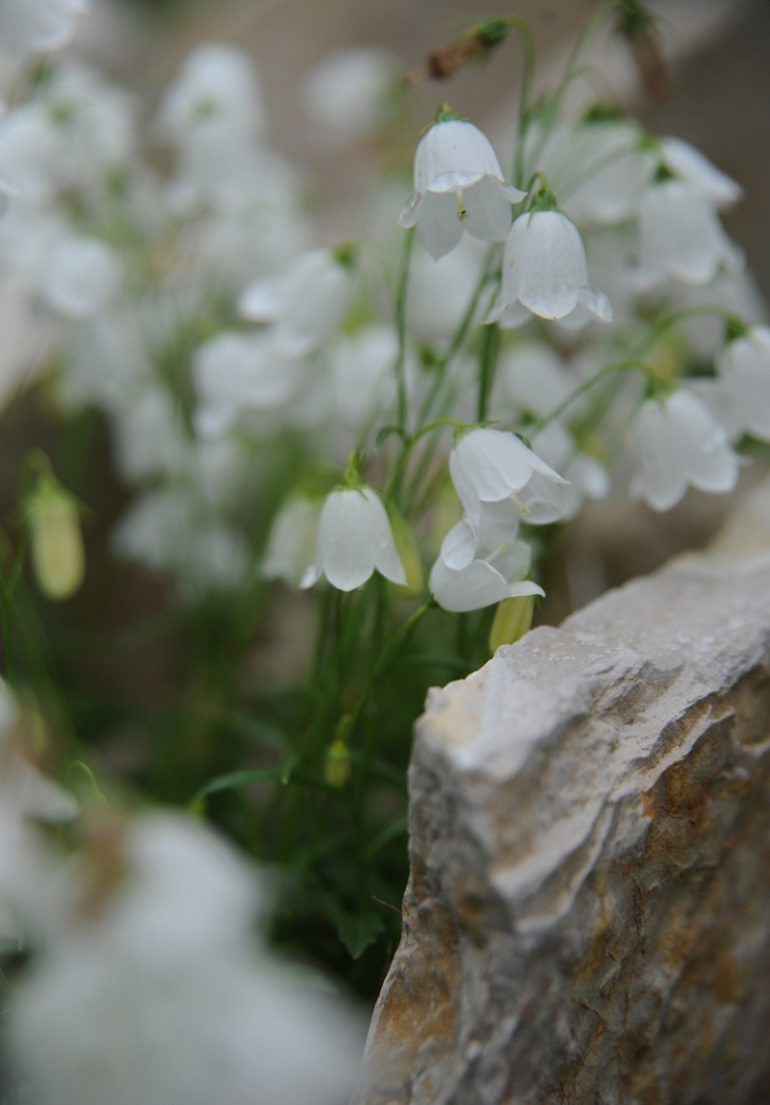 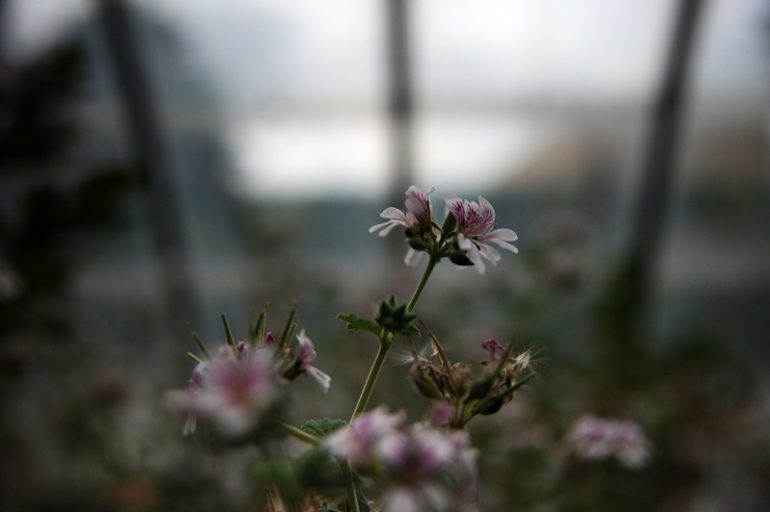 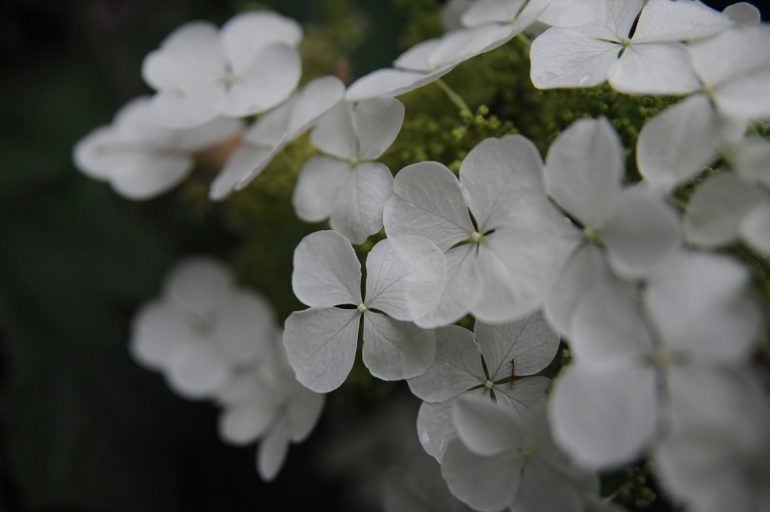 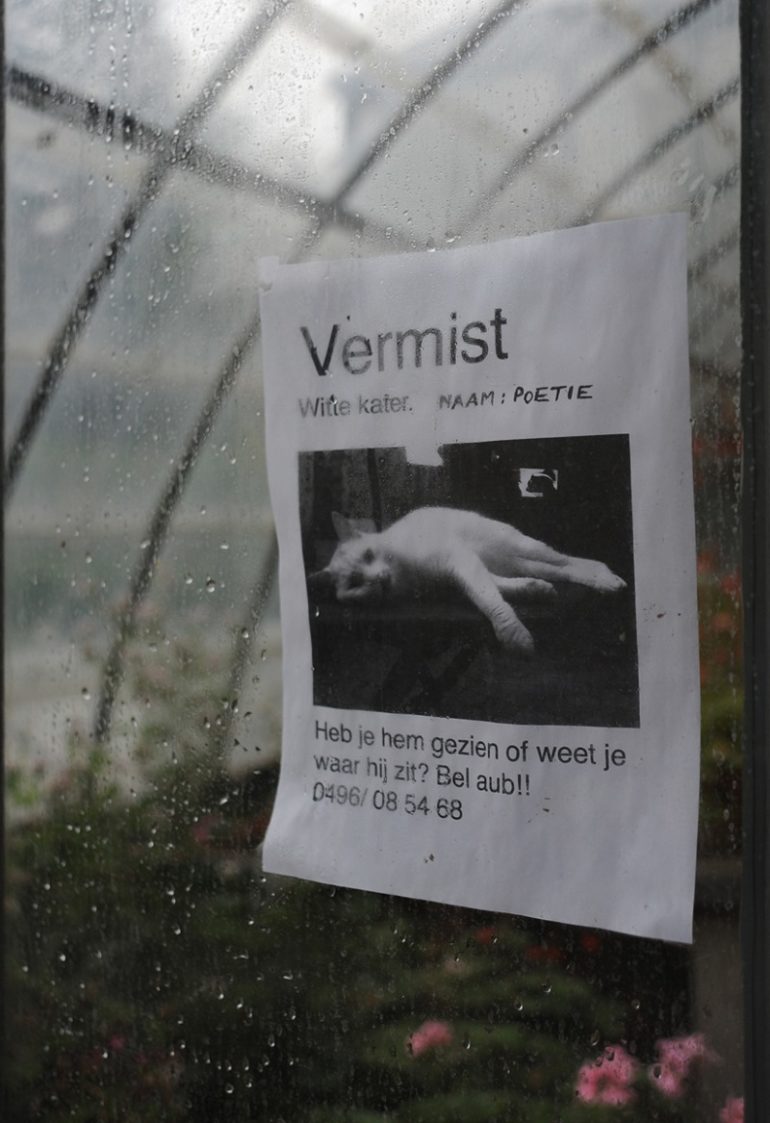 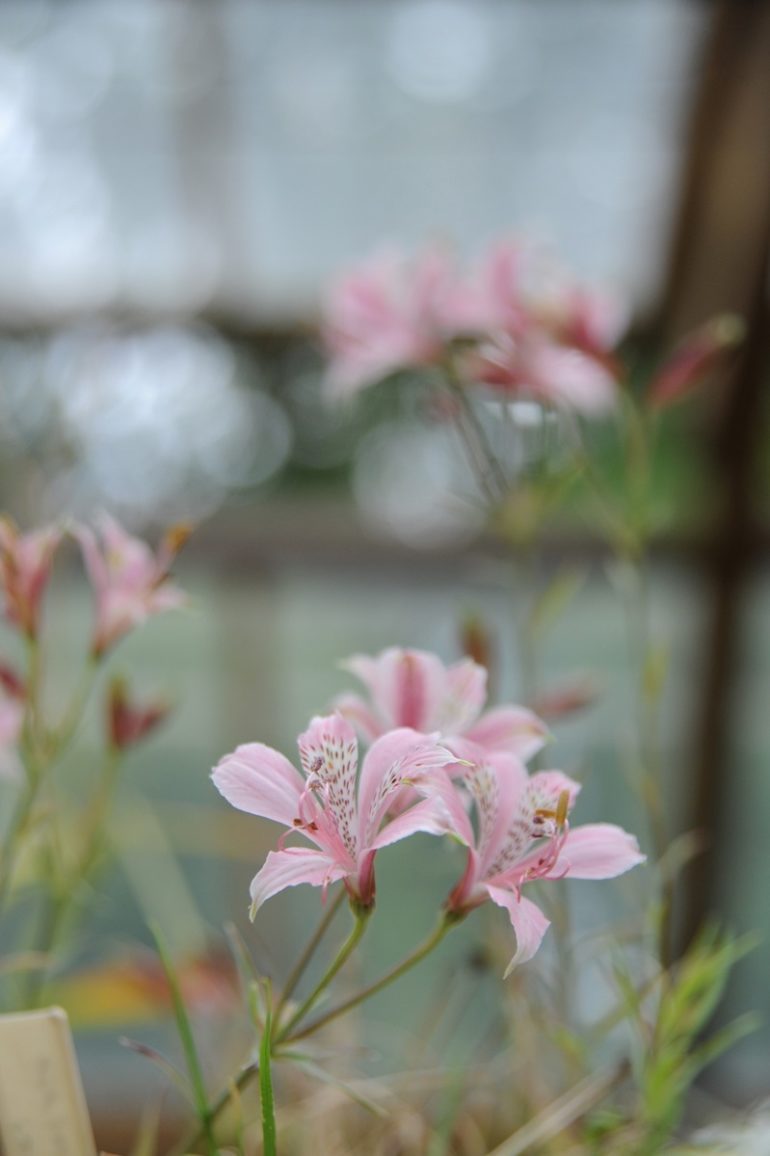 On Sunday morning we walked through the quiet streets, across the town to Hortus Botanicus Lovaniensis, the oldest botanical garden in Belgium. Created 1783 by the University for its students of medicine, the garden is home to around 800 different plant species. I would live in the Palm House if they’d let me. 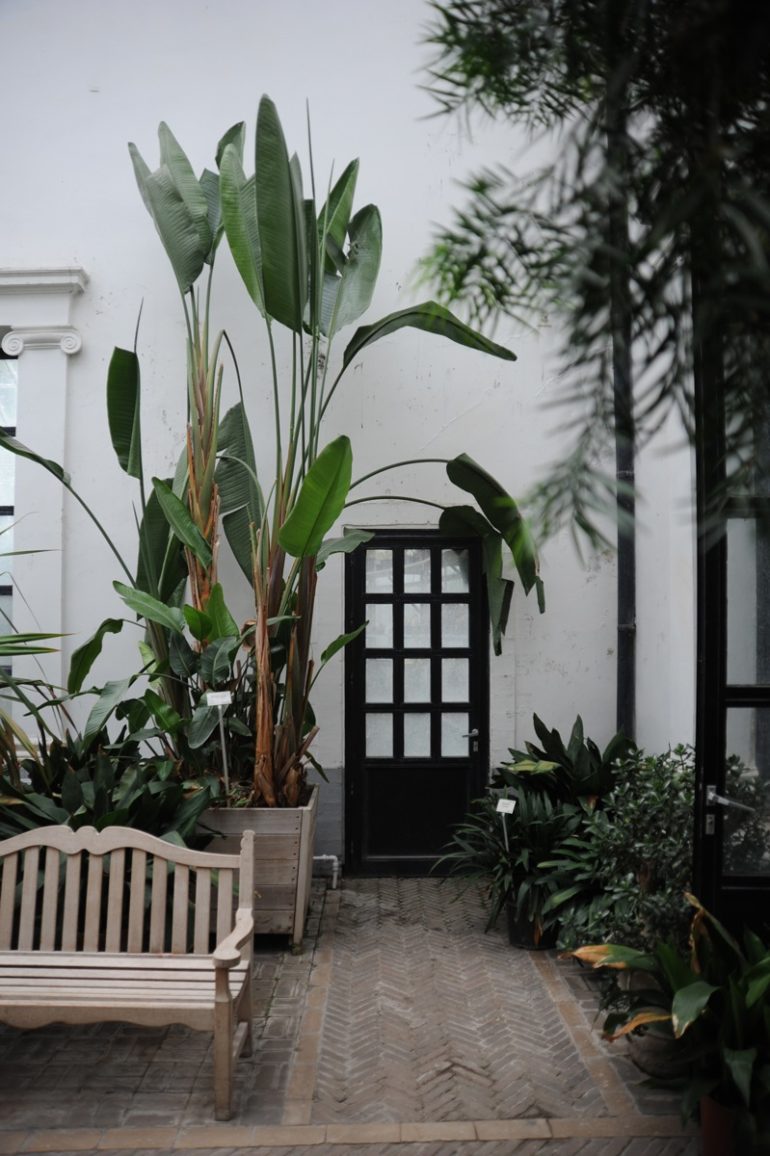 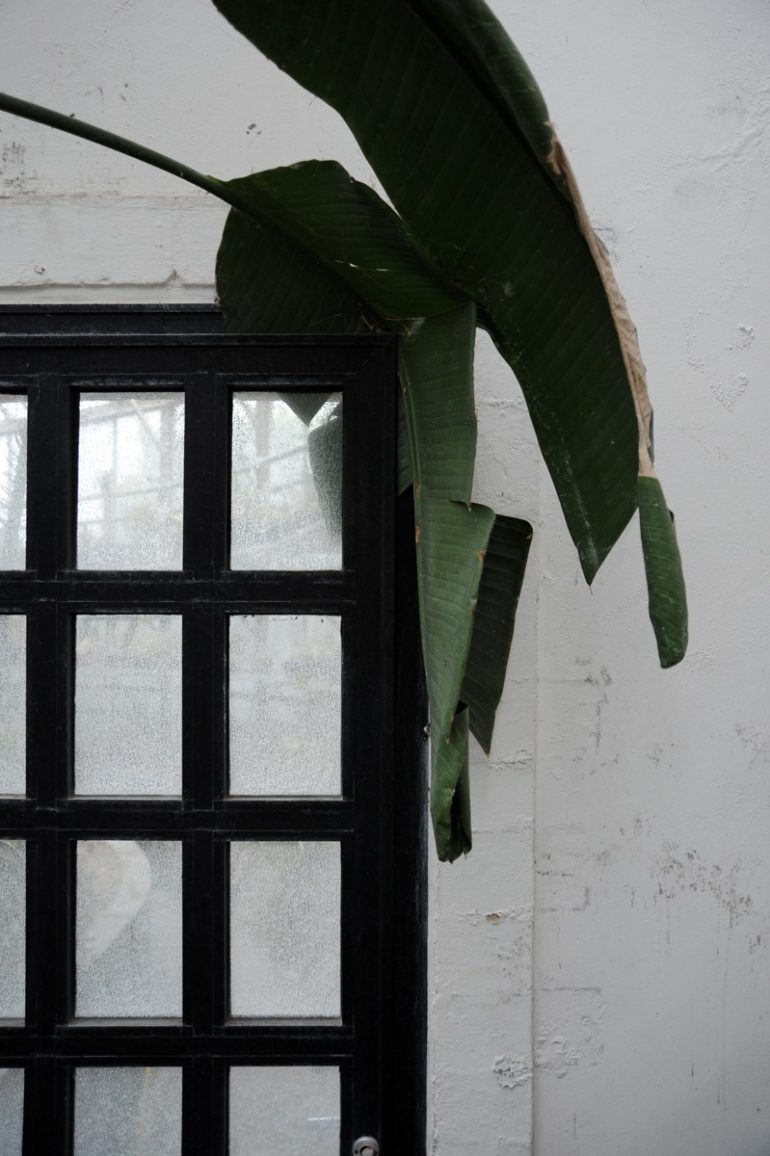 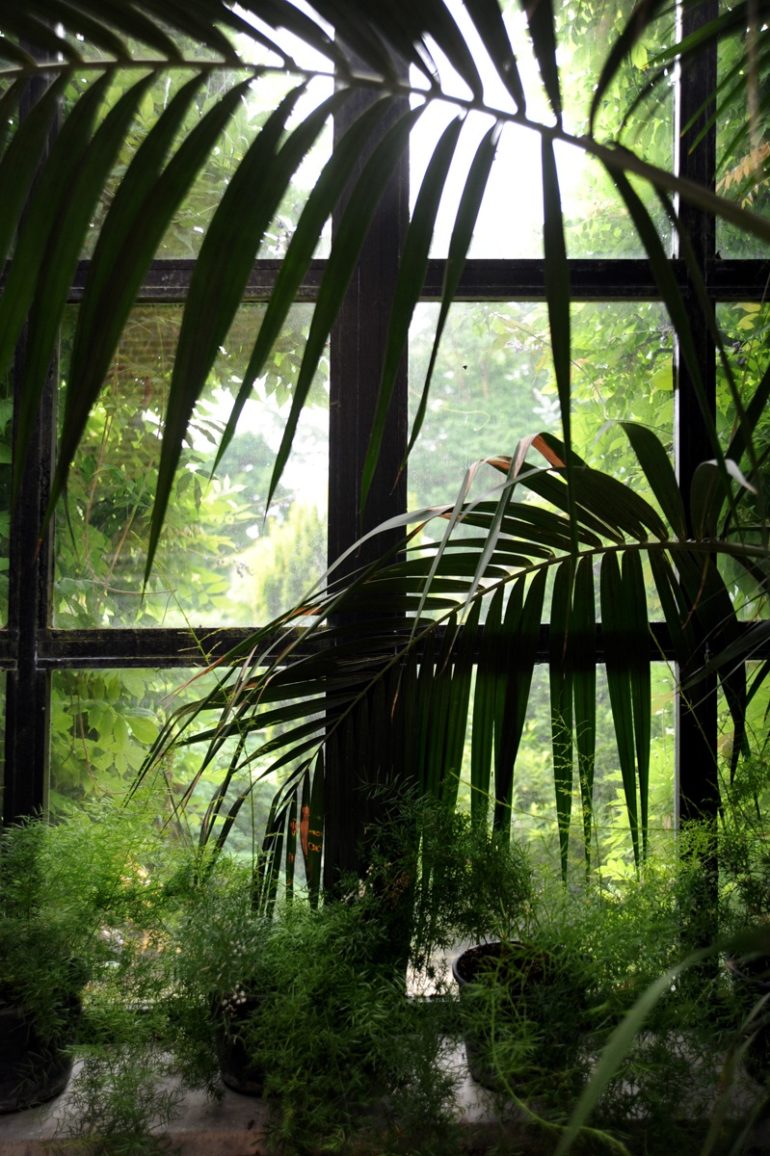 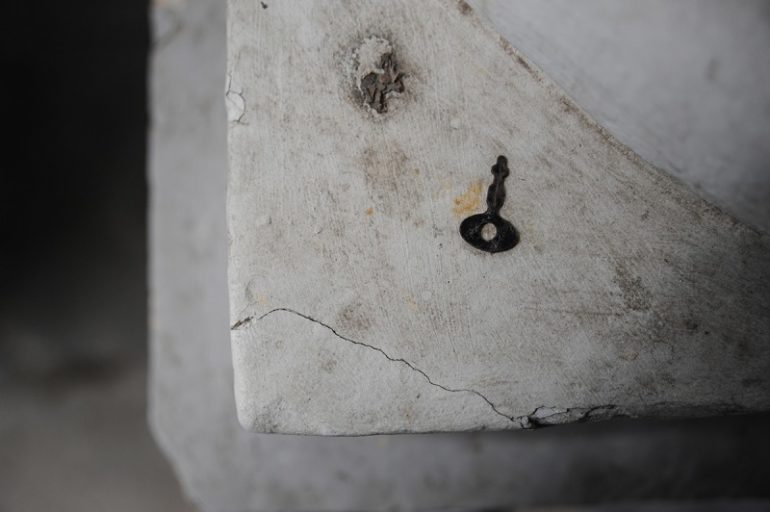 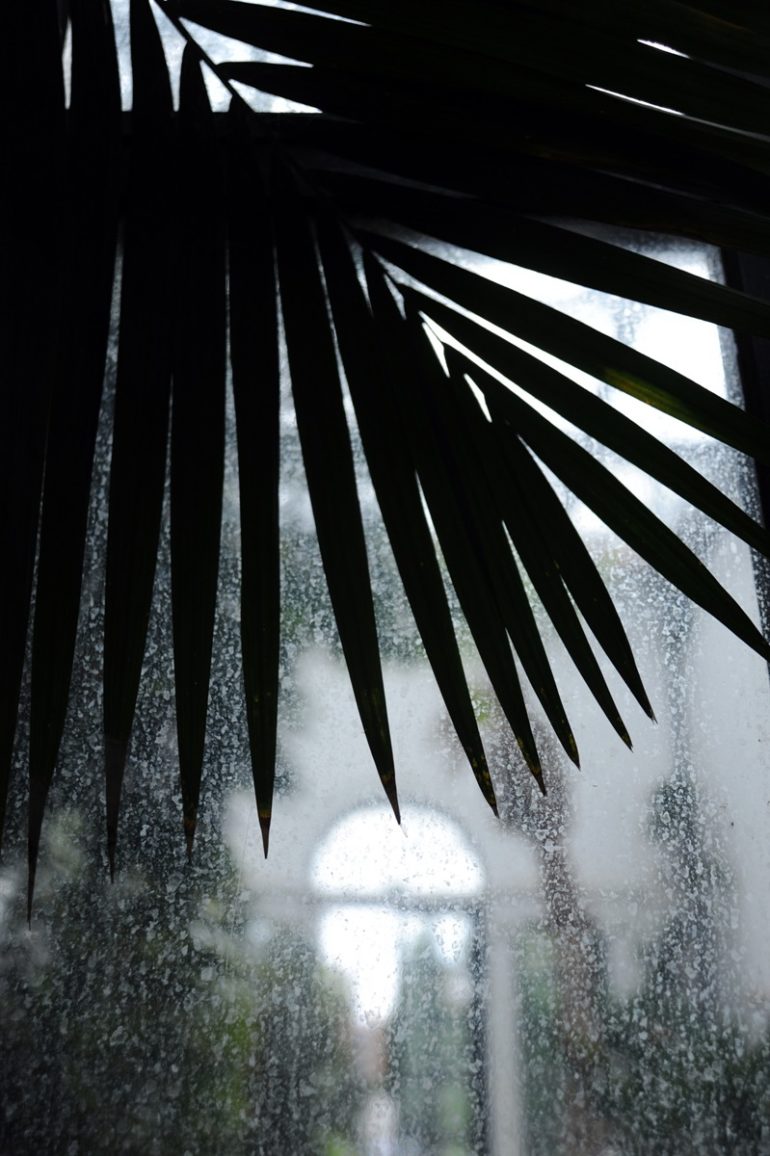 Unfortunately the Anatomical Amphitheatre over the road was closed, and we needed to head off before it opened that afternoon, but we still had time to stop off for an ice-cream treat at ‘T Galetje and watch a club-foot pigeon jogging about.

Leuven was a real surprise. A compact and beautiful historical city, famous for its university and less than half an hour drive from Brussels, it was the perfect place for a peaceful weekend. We didn’t do nearly half enough though, so we’ll just have to go back!

Next time we’ll get to the anatomical amphitheatre, visit the stunning University Library and climb the tower for the city views, we’ll take the Stella Artois tour, have lunch at Foodcourt De Smidse, and visit taxidermy shop Animaux Speciaux, and I think we’ll go back to Domus for more mushroom toast. 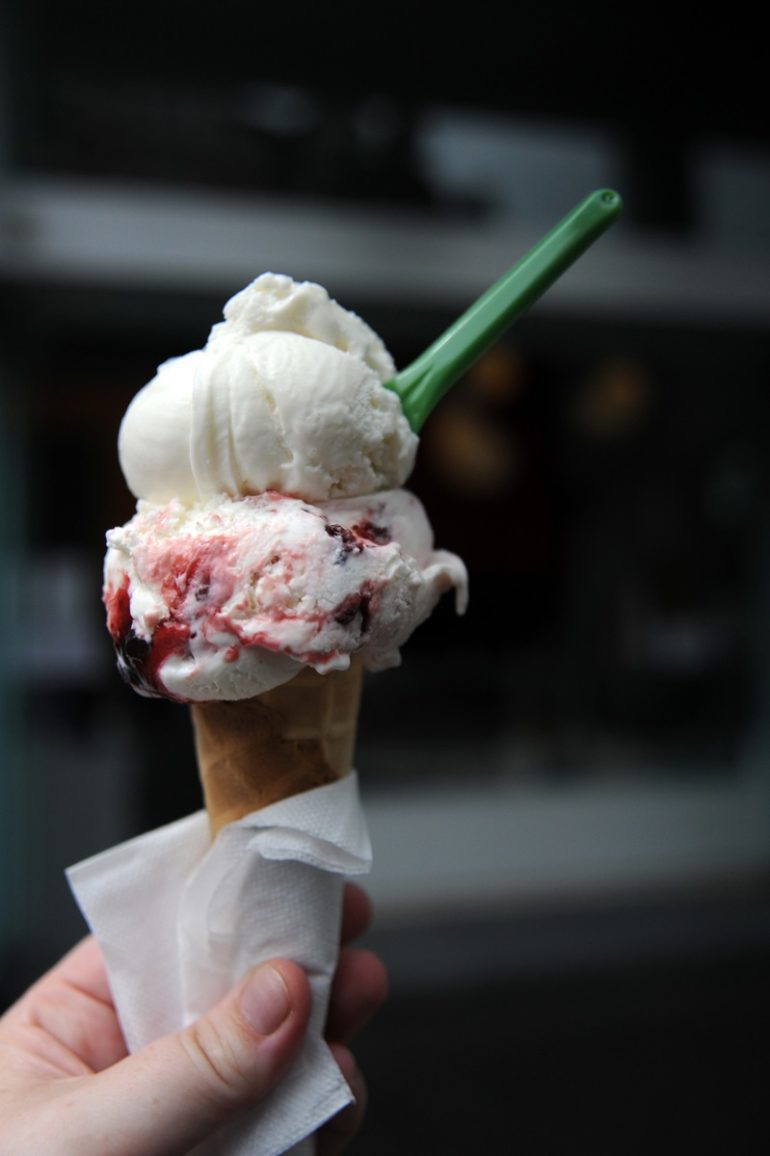 Pentahotel Rooms from €60. Really central and very quiet at night. Breakfast was too busy though.

Zarza Dinner for two at Zarza was around €150. There are lots of other great food options that are more affordable though, it’s Belgium, they know food!

ILUVLeuven ticket €16 gets you access to the University Tower and Library, M Museum, The Treasury of the Church of Saint Peter and Leuven Town Hall (every day at 3pm). You can buy tickets from the Tourist Office or online at visitleuven.be 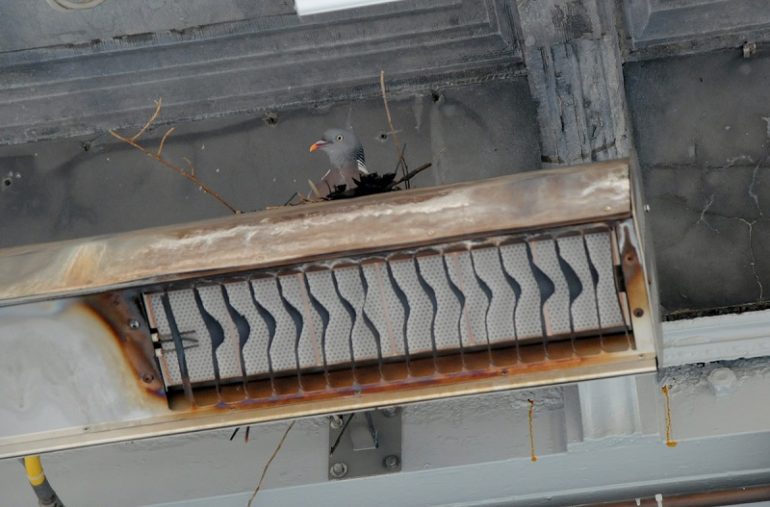 We were guests of Visit Leuven. With the greatest thanks to Visit Flanders for making this trip possible, and Visit Leuven for hosting us in their beautiful city. As always, my opinions are my own (and my ability to seek out disabled pigeons, unfaltering).