Top Train Journeys from Around the World • Surf4Hub News and Blogs

If you’ve gone off the rails, then this list of top train journeys from around the world should get you back on track. From alpine forests to Siberian deserts, you don’t have to be Michael Portillo to appreciate the beauty of these epic train trips. 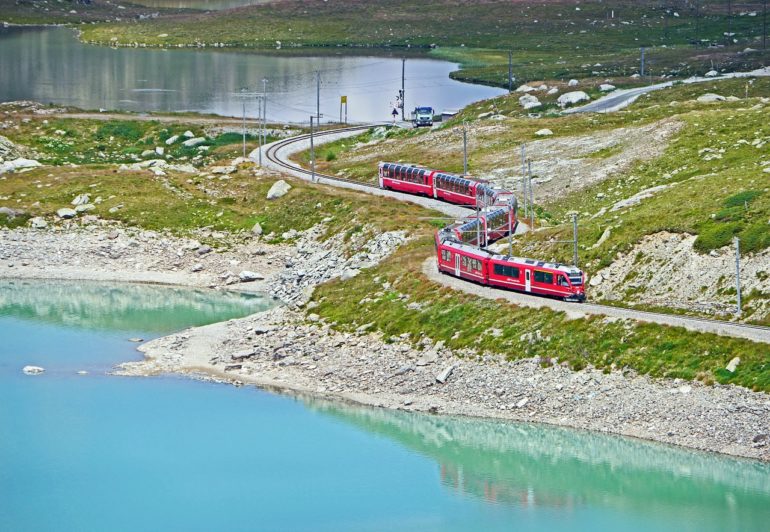 Running from eastern Switzerland to northern Italy, the Bernina Express is one of the most scenic rail journeys in the world. The 4-hour ride takes you through stunning alpine landscapes, past lofty waterfalls, snow-capped mountains and dramatic ravines. Best bit, the windows are wide-angle, so you won’t miss a moment.

The Train to the Clouds, although it sounds like a Stannah Stairlift, is in fact the highest rail journey in the world (that doesn’t use a rack and pinion system, whatever that is). It’s 7 hours of pure Andean adrenaline. Starting in Argentina and ending on the Chilean border, you’ll see rainbow-coloured mountains, huge cacti forests and Wild West-style landscapes. Climbing up to 13,800-feet, you’ll be pleased to know there’s oxygen on board. 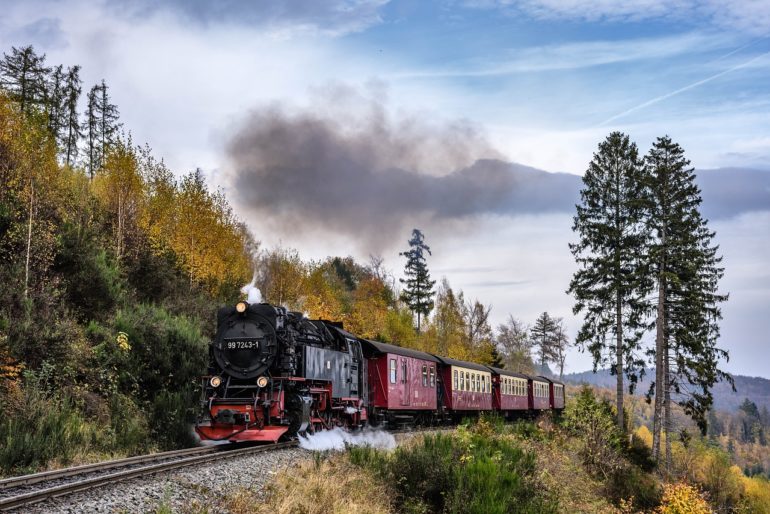 Is it us or are things getting a little steamy in here? The trip through Germany’s Harz Mountains is one of the most romantic train journeys in the world. Take the toy-like steam train through snowy valleys and fairy-tale towns towards the highest point in the range, the Brocken. This is a place of magic and mystery, where a paranormal investigator once attempted to turn a goat into a boy. Witchy!

Crossing eight time zones, this epic train journey puts your daily commute to shame. You can choose a slow local train where you’re guaranteed to consume copious amounts of vodka with friendly babushkas. Or, live it up on a luxurious Tsar-style train with comfortable suites, fine dining and costumed matradee. Travelling on the longest railway in the world, you’ll see everything from icy lakes and nomadic wastelands to remnants of fallen empires and one-horse towns.

Agatha Christie murders and attention-seeking moustaches aside, the century-old Orient Express is all about glamour and world-class service. Expect fine dining, art deco carriages and jazz-filled evenings. Board in London, grab some fresh pastries in France and Switzerland, and disembark in Venice. All aboard! Not you, Poirot. 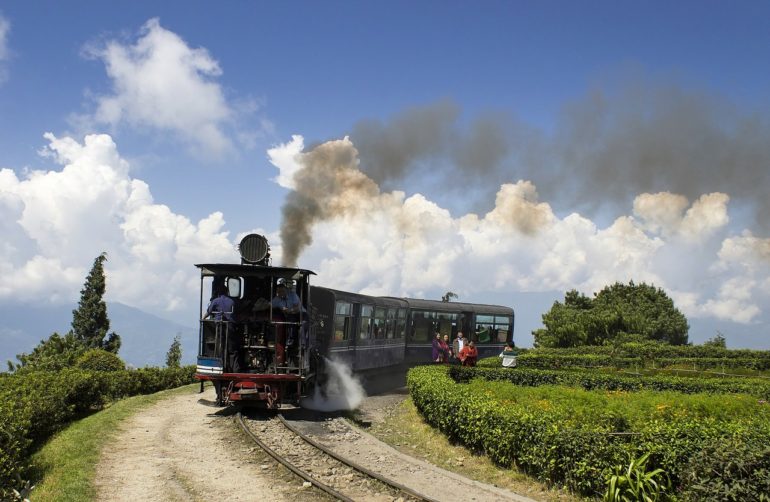 Another steamy number, the DHR was built over 100 years ago and runs between New Jalpaiguri and Darjeeling in India. Taking passengers into the Himalayan clouds, this section of track is a World Heritage Site and climbs 6,500ft from sweaty Kolkata to a breezy Raj hill station in the tea region. Fun fact, the train doubles back on itself towards the top to allow passengers to catch their breath…literally.

Click-clacking through New Zealand’s South Island, between Christchurch and Greymouth, the TranzAlpine covers 223 kilometres of breath-taking beauty. The tracks skirt the edge of the ice-fed Waimakariri River, cross the mighty Southern Alps and tunnel through miles of native beech forest. If only those hobbits in Lord of the Rings knew about the TranzAlpine, it would’ve made the passage to Mount Doom a whole lot easier.

There you have it, some of the greatest train journeys in the world. Forget sharing a carriage with snotty wizards on the Hogwarts Express, get yourself booked on one of these vintage railways instead.

Planning a City Break? Head Off the Tourist Track for Remarkable Savings

Discover your Next Big Trip at the Adventure Travel Show